United will face Middlesbrough in the fourth round of the Capital One Cup after a comfortable victory over division lower visitors Ipswich on Wednesday.

Wayne Rooney scored his first domestic goal of the season, Andreas Pereira scored a beauty on his first senior start for the club and Anthony Martial continued his rich vein of goalscoring form with his fourth goal in as many matches.

Louis van Gaal surprised many by naming a virtually full strength side against Championship opposition who made 11 changes, but it was 19-year-old Pereira whom particularly caught the eye.

He struck the post after 80 seconds but was flagged offside before his well-struck effort in the eighth minute was well saved by Tractor Boys keeper Bartosz Bialkowski.

The Reds had strong shouts for a penalty waved away after suspicions of handball from Giles Coke, but United got the breakthrough just beyond the half hour mark with an excellently worked goal.

Rooney latched onto a superb through ball from Daley Blind, shrugged off a defender, rolled his marker and fired in under the Ipswich keeper for his first Old Trafford goal of the season.

Tommy Oar went close with a sighter for the visitors and David McGoldrick lashed an effort across goal in a good spell for Ipswich shortly after half-time.

Antonio Valencia- on his first start of the campaign- saw his powerful drive beaten out by Bialkowski whilst, at the other end, McGoldrick's cross narrowly evaded Jay Tabb when a touch would have taken the ball in.

United's lead had never been really threatened though, and we doubled it on the hour through a wonderful rasping free-kick from Pereira, who marked an impressive full debut with a deserved goal.

Juan Mata had a drive tipped over the top by Bialkowski and, shortly after coming on, Anthony Martial stabbed wide after neat build up that involved Rooney.

Pereira had another effort well saved and went close again with a deflected header, but it was left to substitute Martial to rubber-stamp the result and fire United into the next round.

He linked up with fellow substitute Memphis who chested the ball down and put Martial through to slot home a composed finish for his fourth goal in four games.

That was the last act of a comfortable victory and United now go on to face another Championship outfit- Middlesbrough- in the next round. 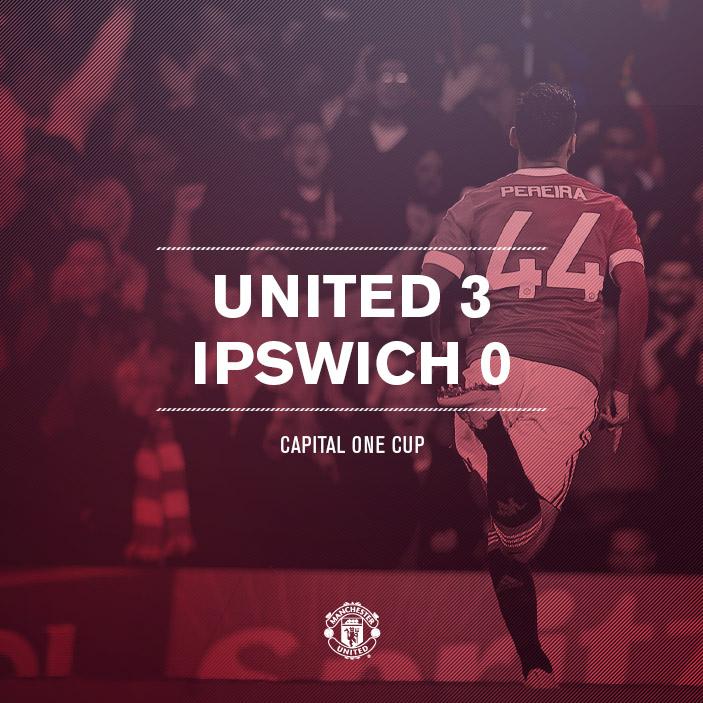 Posted by United Faithful at 15:21