Much changed United head to Rotterdam

United captain Wayne Rooney is one of six players to miss out on a place in Jose Mourinho's 20 man squad for tomorrow's Europa League tie in Rotterdam.

The 30-year-old trained with the team on Wednesday but has been rested ahead of Sunday's league match at Watford whilst Luke Shaw, Phil Jones, Antonio Valencia, Henrikh Mkhitaryan and Jesse Lingard are also notable absentees.

Shaw picked up a minor injury in the derby and Jones is out for a month with a knee problem but the other players are back at Carrington to prepare for the weekend at Vicarage Road.

United get their Europa League Group A campaign under way at the De Kuip Stadium in Rotterdam on Thursday and Jose Mourinho has used the match as an opportunity to utilise his squad's strength in depth.

The much-changed group will see several players in a battle for their first appearances of the season, with the left-back spot a particularly interesting tussle.

Shaw's absence could mean that Chris Smalling partners Eric Bailly at the back, with previous centre-half incumbent Daley Blind moved across to full-back.

Mourinho might be reluctant to break up the so far successful Blind-Bailly pairing, however, which means that Marcos Rojo and young defender Tim Fosu-Mensah will both be vying for their first starts of the season on the left.

Matteo Darmian will likely come in at right-back in place of  Ecuadorian Valencia whilst Mourinho has previously suggested that Marcus Rashford will make a first start of the campaign up front.

Michael Carrick- who could take the armband in Rooney's absence should he play- also looks set to feature as does Memphis who has only featured in one matchday squad this season.

As well as a change in personnel, Jose could also alter the formation from a 4-2-3-1 to the 4-3-3 that saw a much improved second half performance against City.

"Wayne has played every minute of every match since the start of the season and he has also played 90 minutes for England, in the summer tournament also, so I want him to be fresh for the next match." said the United manager
"In the position he plays, I have lots of solutions and there are several players who need minutes so I can do that" added the Portuguese when explaining his skipper's absence.

The players on Wednesday afternoon's flight to the Netherlands are as follows: 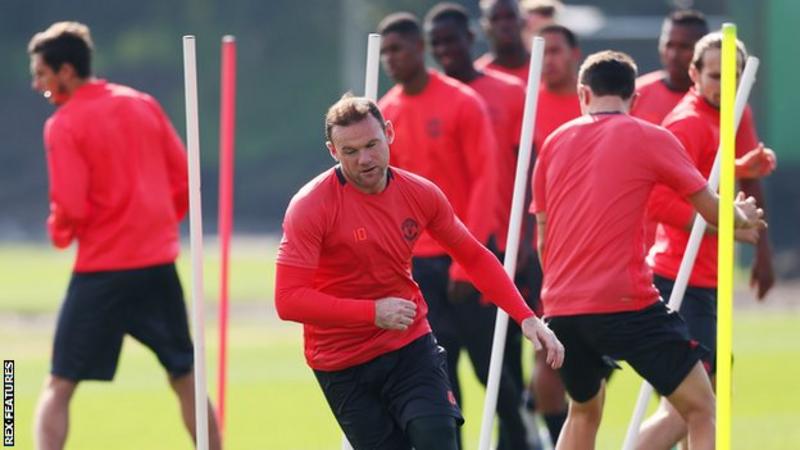