Romero and Rojo prove their worth against Rostov

The Argentinian made three fine stops, including a save of the season contender from Christian Noboa at the death, to prevent the Russians from forcing extra-time.
He beat away the Rostov captain’s 30-yard free-kick with stunning reflexes and was also at his best to keep out Sardar Azmoun and Miha Mevlja during a second half in which the visitors came on strong.

Romero was signed on a free at the beginning of last season and has been an impressive understudy to David de Gea in that time.
He was man of the match on his United debut against Spurs and earned the honour again with a brilliant performance on Thursday.

Such has been Romero’s influence that to call him a second string choice almost seems demeaning and unfair.
de Gea is, rightly, the team’s number one but nothing about Romero is second rate - in fact, he’s staking a claim for the title of best back-up keeper in the league.

He’s only ever been on the losing side in a United shirt twice in 21 appearances and has conceded only three goals in his eleven starts this season.

His reflexes, shot stopping and distribution are as good as any keeper in the league and he’d surely be number one at any other club but the Reds.

He played in the World Cup final and has proved influential as our cup keeper this season during the run to the Europa League quarter finals.

It wasn’t just Romero who caught the eye against Rostov.
His compatriot and fellow countryman Marcos Rojo continued his renaissance with another quietly impressive and consistent performance.

Rojo has had his critics and struggled for form under Louis van Gaal but - like so many of his team-mates - Jose’s arrival has co-incided with an upturn in form.

He was arguably our man of the match in the FA Cup defeat to Chelsea, something that would have been unthinkable last term.
With Eden Hazard in full flight on a raucous night at The Bridge, Rojo was a picture of intensity and energy as he attempted - ultimately in vain - to press Chelsea into submission.

His outing was a lesson in desire and determination - the apparent stamp on Hazard aside.

When Rojo plays at centre-back, with Romero behind him, he is no longer a liability, a player to be watched anxiously through the fingers.

Jose's Reds revolution continues apace and there's no greater exponent of that than Rojo. 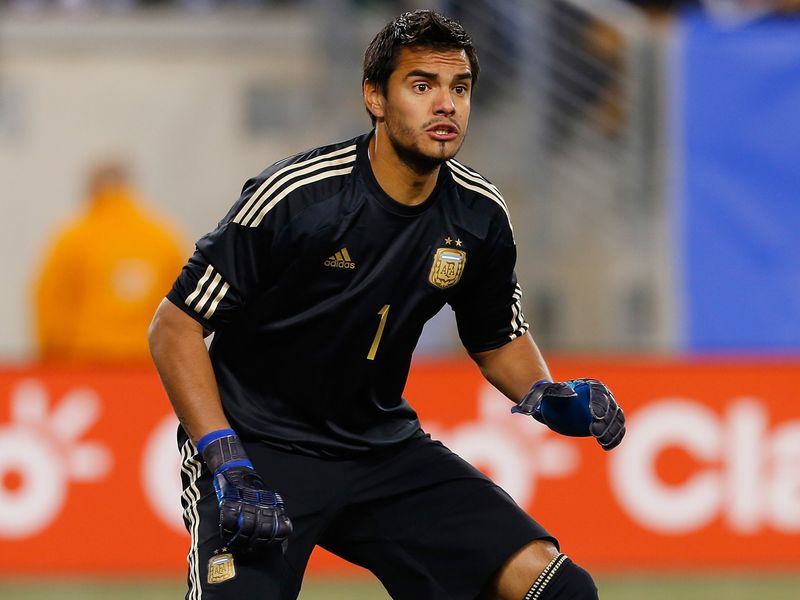 Posted by United Faithful at 07:52