Michael Carrick, United's English Pirlo, will call time on his long and his decorated career at the end of the season and he deserves to be remembered as a legend. Carra will join Jose Mourinho's coaching staff upon retirement, showing just how highly Jose rates the 36-year-old. 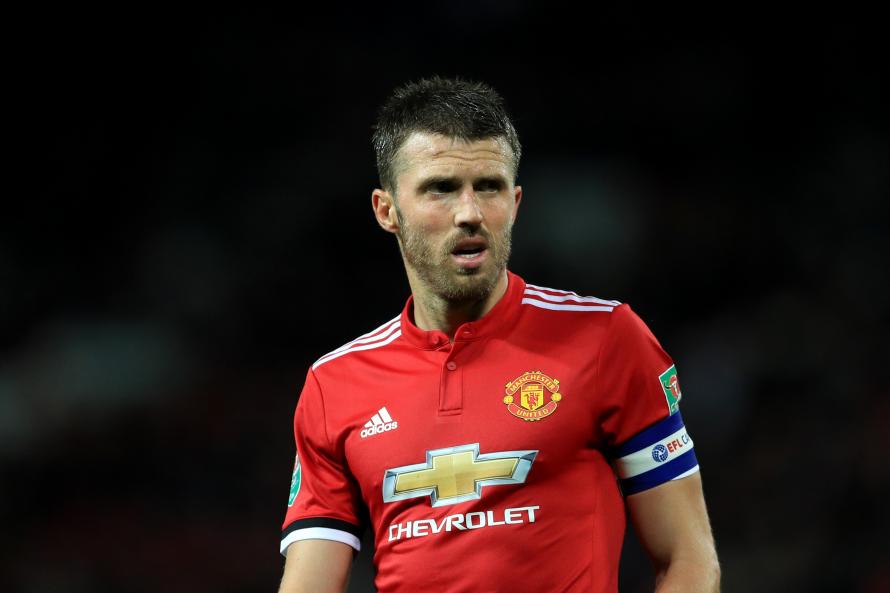 During an illustrious 12-year tenure at Old Trafford since signing from Spurs for a meagre £18m, Carrick won every available honour in the English game and proved an under-rated yet vital string pulling heartbeat in one of the greatest sides in the club's history. Eyebrows were raised when Sir Alex signed Carrick - mainly due to the fact he didn't fit the profile of a typical United player. But he's gone on to be one of the best buys Sir Alex ever made. It's true that he wasn't a prolific scorer, or a snapping, snarling ball of human emotions that made Roy Keane such a titan, but his importance to United cannot be disputed.
Ten years on from that glorious night in Moscow, Carrick's curtain call marks the end of an era as he becomes the last player from that swashbuckling side to hang up his boots. In seven seasons under Sir Alex Ferguson, Carrick won five Premier League titles and missed out on another two by a combined total of a single point. He was the lynchpin, the driving force behind the most successful period of the Ferguson era. Throw in an FA Cup,  three League Cups, six Charity Shields, the Champions League, a Europa League and the World Club Cup and you have one of the most decorated players of all time.
Imagine what might have happened at the 2006 World Cup, had Sven Goran Eriksson sent Carrick out to scuttle behind Frank Lampard and Steven Gerrard, mopping up the danger to let the other two roam with freedom.

Yet despite having won everything there is to win at club level, Carrick has never truly received the plaudits he deserves. His final tally of 34 England caps is frankly criminal, especially when you consider some of the players that he got overlooked in favour of - Scott Parker, Gareth Barry and, latterly, Jordan Henderson to name but three.
Defining Carrick's qualities isn't easy, largely because he did everything well. An outstanding tackler and header of the ball, Carrick saw things in slow motion, ghosting subtly into space to make an interception or play a clever no-look pass on the turn, gliding around the pitch with a telephatic and intelligent understanding of the rhythms of a game. He is probably most comparable with Sergio Busquets - although being English and playing in England when he did, Carrick never got the praise bestowed on the Spaniard. As the focus shifted away from the surging and explosive spearheads of the engine room and towards trequartistas, Carrick's deep- lying abilites were never utilised to their full potential. That nearly 65% of his international caps came in friends prove how undervalued he has been.

It's Carrick, ya knowwww, hard to believe he's not Scholes.
Posted by United Faithful at 08:09
Labels: . news, club news