With exactly three weeks to go until United's opening Premier League tie with Leicester (hooray!), our lack of activity in the summer transfer window has been nothing short of shameful. The window for transfers will be open until the 9 August, so there's still time for Ed Woodward to pull a worldie out of the bag, but all the signs are that the powers that be - if not Jose Mourinho - are happy with business. After a trophyless season and with a lightweight squad in urgent need of reinforcements, bridging the 19-point gap in 2018-19 to champions Manchester City looks a big, big ask. I can't see us being even close to challenging for the major honours with our squad the way it is at the minute, indeed I fear we're going to be even further behind unless something drastic happens between now and August. Even the boss himself has admitted that the club's transfer plans are up in the air - a damning indictment of the Old Trafford hierarchy's indecision and way of thinking. 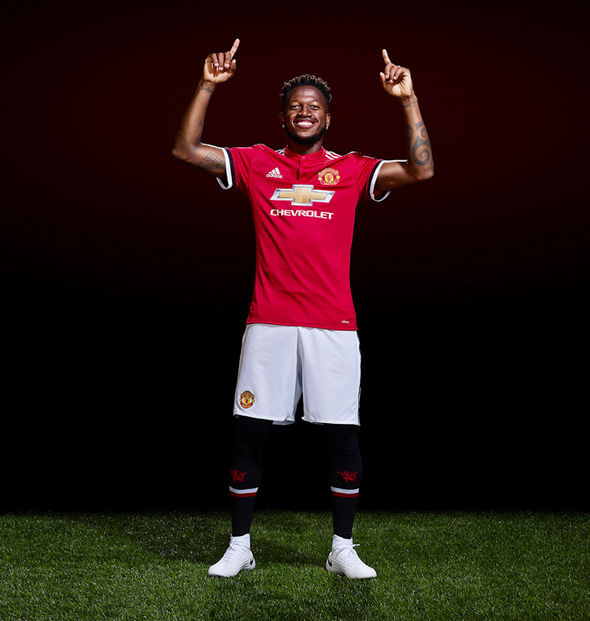 United are the living proof that throwing big money at a transfer window doesn't guaruantee you success, so the opposite is also true - a lack of spending doesn't automatically doom you to fail, but we're already being left behind by our rivals, with City having signed £60m Riyad Mahrez. I hate to lavish praise on Liverpool, but you can't help but doff your proverbial cap in their direction, with Fabinho (£40m), Naby Keita (£52m) and Xherdan Shaqiri - £13m - all having signed for the men from Merseyside, with Roma's Brazilian international keeper Alisson set to smash the world record fee for a keeper in the coming days, an eye watering £70m. Throw their free-scoring front three into the mix, and they're sadly looking strong. Liverpool identified their weaknesses, knew what they needed and have gone out and rectified it. If only we could have done the same.

In contrast, all we've got so far is an unknown and unproved full-back, 19-year-old Diogo Dalot, who's now injured and out until September. The midfield looks significantly stronger with the acquistion of Fred from Spartak Moscow, but Daley Blind has been sold for more or less the same that we signed him for. As for the goalkeeping situation, don't get me started. It made sense to get a back- up third keeper, with Sam Johnstone moved on to WBA and Joel Pereira to be loaned out to play regularly - but Lee Grant. Lee.Grant. A 35-year-old Stoke City reject. He probably won't play but it sums up this club's lack of ambition and a lack of ability in forward-thinking when you're signing a veteran journeyman in the very twilight of his career to sit on the bench. It's bizarre at the very least. Then we come to the attack - on paper the most potent area of the team, an embarrasment of riches at Jose Mourinho's disposal.
But when you actually look at it, there's no natural width, all the players do the same job, there's an imbalance to the forward line and only one out-an-out striker in Romelu Lukaku. When the big Belgian was injured at the back end of last season, United were toothless and didn't look like scoring in his absence.  Marcus Rashford, Anthony Martial and Alexis Sanchez are neither natural forwards nor wingers. Ivan Perisic's wonderful World Cup may have re-ignited Jose's interest as a solution to the lack of width in this team. A new centre-back partner for Eric Bailly wouldn't go amiss and Chris Smalling and Phil Jones can't be relied upon, and at 33 Ashley Young shouldn't be starting week in week out. A right winger, possibly a back up striker, a centre back and a left back need to be top of Woodward's shopping list, but with time running out, whether he will act remains to be seen.