It's a golden ethos interwoven in the very fabric of Manchester United as one just of the many characteristics that makes this club what it is. As a fan, there's nothing that warms the cockles more than seeing a batch of exciting and fresh-faced Academy graduates straight off the ever-turning homegrown production line straight into the thick of the first team set-up. For all Mourinho's naysayers as a man who doesn't nurture youth, the United manager has continued to prove those critics wrong.

With United's World Cup stars enjoying a well-deserved spot of R and R, there's a younger-than-usual look to the youthful and inexperienced squad that have travelled Stateside for United's pre-season Tour. The average age of our starting XI in the opener with Club America, a tie that ended 1-1 on Thursday, was just 25 with only two players - Antonio Valencia and Lee Grant - over 30. An unfamiliar looking team acquitted themselves well and we saw a promising glimpse into the future with the second-half introductions of seven Reds youngsters. The tour provides a golden opportunity for the Class of 2018 to shine and perhaps even stake a claim to challenge the first team status quo. 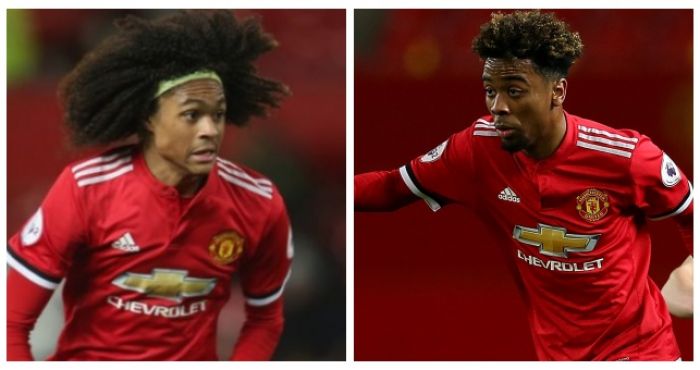 Timothy Fosu - Mensah and Axel Tuanzebe have recently returned from impressive loan spells at Palace and Villa respectively, and both came off the bench to feature against the Mexicans. Of this new batch of talented young prospects, these two are the ones most likely to challenge their senior colleagues in 2018-19, having already broken through and not looked out of place in their fledgling first team careers. Fosu - Mensah enjoyed an eye-catching 2015-16 in his debut season at Old Trafford as one of the rare bright spots in an otherwise terribly dull and dreary campaign under Louis van Gaal. Tuanzebe, meanwhile, rose to prominence having shackled his now team-mates Alexis Sanchez on his full debut in May 2017. Two weeks later, an enthralled Old Trafford witnessed the beginnings of a story that has the makings of true United fairytale. At 16 years and 263 days old, Angel Gomes became the club's youngest debutant since Duncan Edwards when he came on as a late substitute against Crystal Palace. A wonderfully gifted midfielder with intelligence, vision, pace and an impressive range of passing, Gomes has continued his upward trajectory and looks set to eventually take the first team by storm.

So too Tahith Chong. With good reason, us United fans have grown increasingly excited about the Curacao-born winger with the Marouane Fellaini-esque hairstyle. With a dearth of wingers at the club, Chong's cameo against Club America was by far the major talking point of an otherwise mundane friendly. He created the goal for Juan Mata and looked at home in the first-team environment, showing several touches and turns of pace, playing with composure and confidence. His rangy appearance and physicality should be attributes that appeal to Jose Mourinho. Having already trained with the first team, this could be Chong's time to shine. Demetri Mitchell also made his senior bow in the same game as Gomes at home to Palace before going out on loan and played an hour in Phoenix. 16-year-old forward Mason Greenwood, the youngest of the travelling party, was handed a late cameo as a substitute. United's immediate priority is to challenge for the major honours again, but you've always got to be looking to build for the future, and that future is one that appears to be bright.