With 16 days to go until we get the 2018-19 season underway at home to Leicester, the transfer window closes a day before that. United are worryingly quiet, despite our need for a centre-back, a left-back and a top class winger. The squad is still someway short of the standard required for a title challenge, but with the clock ticking towards deadline day, we pinpoint three players United should sign to strengthen the Reds ranks as the missing pieces of Jose Mourinho's jigsaw.

United are in a need of a solid, reliable and top quality centre-back to partner Eric Bailly. Chris Smalling and Phil Jones may remain Jose Mourinho's favourites, but they are simply not good enough and should not continue as first choice. We've also been linked with Leicester's Harry Maguire, fresh from his starring role as one of the unlikely heroes of England's run to the World Cup semis. It's telling that despite his status as a relative rookie, Maguire was favoured by Southgate ahead of Smalling and Jones for his reading of the game and ability on the ball. Bailly is our best defender and the Ivorian brings a similar ball-playing style that Maguire gives you. His absence from the team at the end of last season did not make sense.
At 29, Alderweireld is four years Maguire's senior and would represent a shorter-term option at the back. Twelve months ago, Alderweireld was regarded as one of the finest central defensive exponents in Europe, in a commanding and solid partnership with countryman Jan Vertonghen. But a combination of injury and the arrival of Dav. Maguire would probably be easier to sign given the notoriously difficult negotiating style of Spurs chairman Daniel Levy.

inson Sanchez saw him slip down the pecking order with limited game time. However, the Belgian enjoyed an impressive World Cup for Roberto Martinez's semi finalists, and has been the mainstay of the Spurs defence during their rise to prominence under Mauricio Pochettino. A prized asset for the north London side, United were linked with the centre-back - who is equally as adept as a right-back, earlier in the summer to the point where we reportedly had a £55m bid for him turned down

Despite last season's improvement, it's clear that United still have serious issues in defence, especially at left-back. We cannot go on with a 33-year-old inverted right winger in this position. Luke Shaw is a viable option but under Mourinho he's never going to play every week. Despite injuries hampering his progress, Rose still has incredible quality. Equally as impressive surging forward as he is defensively, Rose has been a subject of interest from United for a long time, ever since the days of David Moyes. Mourinho is known to be an admirer of the player and a swap with Shaw, who worked for Spurs boss Pochettino at Southampton, would be astute business.
Widely regarded as one of the best full-backs in Europe, Sandro would fit the bill perfectly for Jose's United. He's quick, agile, versatile and an excellent crosser of the football - in short, everything this current defensive quartet are not. The Juventus man can also be deployed as a wing-back and, in true Brazilian style, is a dead ball specialist. He's class, would make a world of difference to our back line and exactly the sort of player we're crying out for. United have been linked with him all summer but, frustratingly, appear no closer to getting their man. 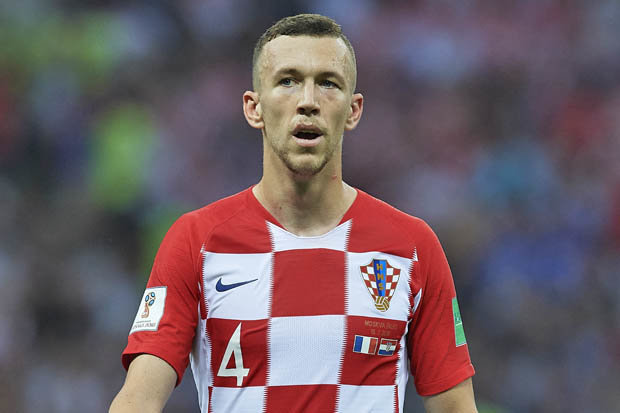 United flirted with old flame Perisic throughout last summer but a deal failed to materialise and the player stayed put at Internazionale, however following an impressive World Cup, our interest in the Croatian may be rekindled. Perisic was immense in Russia as one of the stars of Croatia's run to the final, in which he scored the equaliser against France. He was also man of the match in his side's semi-final win over England having levelled the tie before he set up Mario Mandzukic for the winner. A bundle of pace and energy, Perisic - equally adept on either flank - is strong and direct. The mould of the traditional flying winger may be a dying art, but Perisic is a must if United are to challenge for the major honours this season. Wantaway Brazilian Willian has been angling for a move away from west London after a difficult season for the Stamford Bridge with Barcelona seemingly his most likely destination. However the Catalan club's signing of Malcolm has stirred United's interest and, although the player's stance may have changed with the arrival of new boss Maurizio Sarri, Willian became Mourinho's go-to man during his second spell at Chelsea. Lethal from distance and from set-pieces, he's two footed, agile, and technically gifted. His adaptability and versatility, able to play anywhere across the front line, makes him ideal for Jose's United identikit.