Better performance but United pay for individual and collective errors 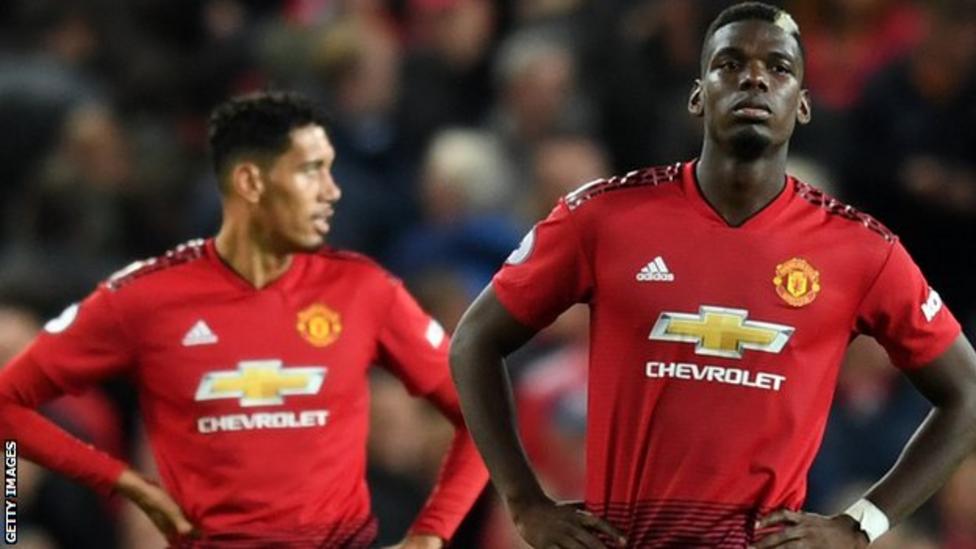 To look at the scoreline, you would think that this was as bad as anything United served up at the AMEX last weekend - a 3-0 home defeat at the hands of a Spurs team who rarely do anything at Old Trafford, Jose Mourinho's worst home loss and our worst start to a season since 1992.
But actually, the score doesn't even tell half the story. United were very good in the first half - better, indeed, than anything we've seen in the first three games of this campaign. I can't be the only one to think United played very well up until the moment of Spurs quickfire double that turned the game on its head and totally knocked the stuffing out of us.
Not since the second half at the Etihad in April have the team torn into opponents with pace, power, energy and intensity. It was, arguably, the best we have been since that stunning opening blitz right at the start of last season when we were winning 4-0 for fun.

We wanted a reaction from the Brighton game and certainly got one. Had Romelu Lukaku put away two of the three presentable chances that came his way - one in particular was gift-wrapped - then this would have been a very different story. United could, probably should, have been 2-0 ahead at the break. This was certainly not a side not playing for their manager, and certainly not a side lacking effort, industry or application - but in the end Spurs proved that we are just not good enough. Despite another disappointing night at the office, there's no anger this time - more just bemusement at how, once again, things went so horribly wrong.
To their credit, Tottenham recovered from their first half quandary and brutally, clinically and emphatically exposed the gaping holes offered up by another defensive horror show. It's hard to blame Mourinho for this one - he set up to attack, certainly did not park the bus or go defensive, but it was again a tale of missed opportunities and individual errors. Two elements, two match-deciding factors that a manager can have little control over. You can feel empathy with Mourinho - it's not his fault the players cannot carry out the simplest of defensive duties.
United's defence was, again, quite simply, atrocious. Mourinho won a deserved reputation as the master of defensive organisation amid the stellar successes of his career at Porto, Inter, Chelsea and Real Madrid.
They were different times, different teams and a world away from this mess. He cannot have presided over a defence as close to catastrophe as the pathetic excuse for one he now has at Old Trafford.
United were all over the place once Spurs found their rhythm, the desperate measure of utilising midfield man Ander Herrera alongside Phil Jones and Chris Smalling swiftly ditched once they went behind.
Mourinho's desire for a central defender has been well chronicled but it does not reflect well on his own buying policy that Victor Lindelof and Eric Bailly - bought at a cost in excess of £60m - were jettisoned following their embarrassment at Brighton. Lindelof, who came on for the injured Jones in the second half, again looked like a man scared of his own shadow.
To add insult to injury, at the other end, Toby Alderweireld - Mourinho's primary central defensive target in the summer - was calm, composed and authoritative. With every passing minute, United's failure to sign surely one of the best centre backs in world football at the moment looks more and more criminal. The Belgian's performance saw some United fans make their displeasure known to the sullen and distant figure of CEO Ed Woodward in the directors box. It summed up another night of immense frustration.