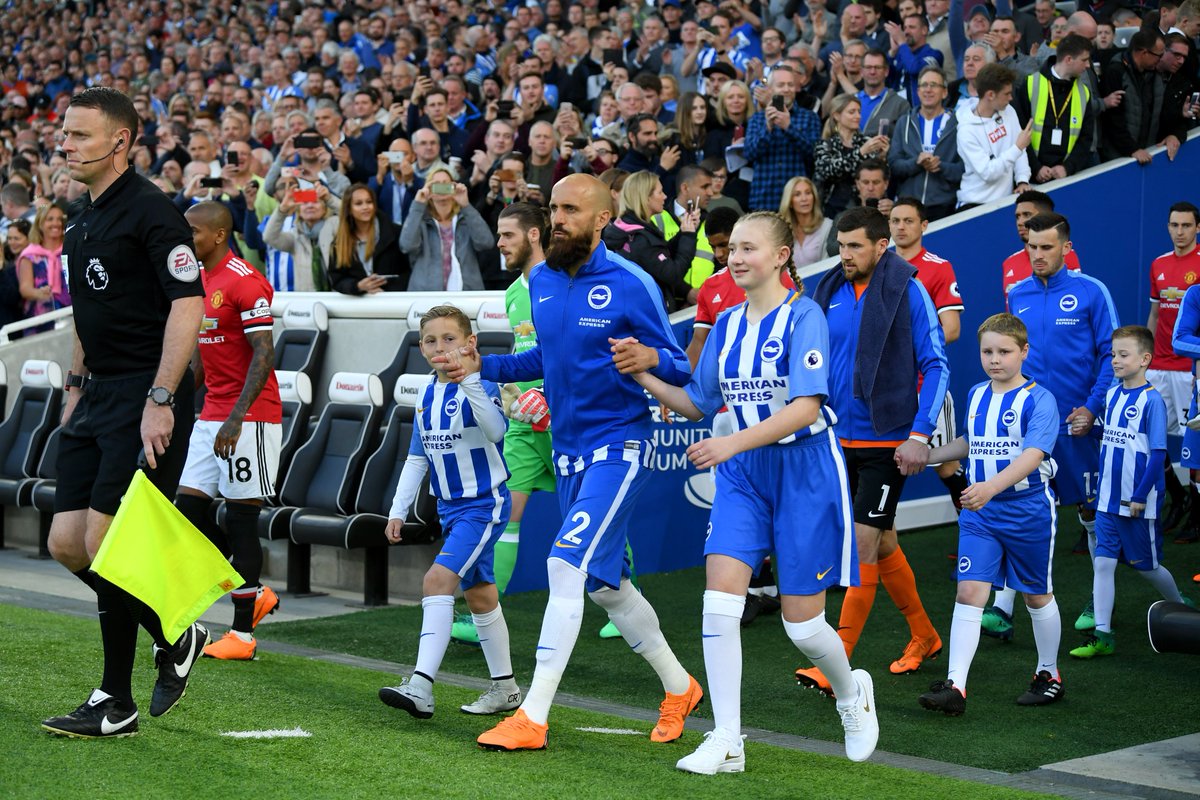 United’s first away game of the season is also our longest of the campaign, as we make the 518-mile round trip to the south coast and the AMEX Stadium, looking to avenge last term’s loss at the hands of the south coast side.
Chris Hughton’s Seagulls sealed Premier League survival in their debut season with a 1-0 win over Jose Mourinho’s United in the corresponding fixture last May. Both of the other two games - in the league and the FA Cup at Old Trafford - ended in a United win.
Both sides endured and enjoyed contrasting fortunes on the opening day. United’s 2-1 win over Leicester saw us get off to a solid start.  Brighton, meanwhile, slipped to a disappointing 2-0 away defeat to a Watford team widely tipped to struggle.

Although none of United’s six injured men - Sergio Romero, Antonio Valencia, Diogo Dalot, Marcos Rojo, Ander Herrera and Nemanja Matic - are expected to return against Brighton&Hove Albion, Mourinho believes his Reds should be much stronger after an extra week of training. Jesse Lingard  - who spent the 2013-14 season on loan at Albion - could make his first appearance since the World Cup, and the returning Ashley Young could also dislodge Luke Shaw from the left-back spot despite the latter’s heroics against Leicester. Mourinho hinted that Romelu Lukaku could also feature after his appearance off the bench in the win over the Foxes. The hosts will be without captain Bruno Saltor, as the veteran right-back was forced off early at Vicarage Road. Mali midfielder Yves Bissouma could make his full debut after coming off the bench last weekend.
Mourinho said: “I think the injured players aren’t going to be back for Brighton, but these boys were in a difficult situation against Leicester, they are ready to give a bit more. More from Romelu (Lukaku), more Rashford, Lingard coming back, more Fellaini. I think normally now we’re going to have more. I think we will have the same players as against Leicester, but of course they will be in better condition.”

United’s second ever visit to the AMEX Stadium kicks off at 4pm on Sunday and is live on Sky Sports.
Although they stayed up in relative comfort with 40 points and a 15th-placed finish, goals were hard to come by for Brighton, their tally of 34 the third lowest in the division. In a bid to rectify that, Hughton has signed three new strikers in the summer - Iranian World Cup man Alireza Jahanbahskh, South African Percy Tau and Romanian international Florin Andone.