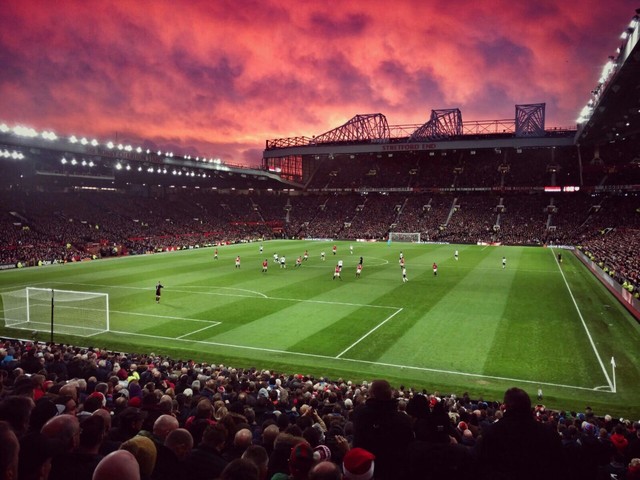 It's difficult to judge the team after one game, especially when we still have several key men missing, but our edgy opening victory was a case of new season, same old United. There was a feeling of resigned familiarity that followed our pragmatic and functional victory over Leicester. As much as can be taken from one game, the first match of Jose Mourinho's third season at Old Trafford was his United career in microcosm. Depending on your viewpoint, this was either an encouraging, grind it out victory earned through strong game management with depleted resources - or another example that this is a United side far less than the sum of its parts. In short, this match summed us up - getting the job done but not convincingly.

We're still on the opening page of the new chapter of the 2018-19 season, but I didn't see anything to suggest we can push Manchester City and Pep Guardiola any closer in the race for the Premier League title. This wasn't a victory to fill us with any sense of renewed optimism, rather one that what we served up against the Foxes was nothing new. We looked no worse that our what-might-have-been Jekyll and Hyde season in 2017-18, but not markedly better either. It merely felt like we carried on where we had left off - an underwhelming sense of deja vu.
The Reds in theory may have been our noisy neighbours closest challenger last term, but in reality there was - and still is - a gaping chasm between the two. Liverpool also impressed in their opening day 4-0 win over West Ham, suggesting that, as much as it pains me to say it, if anyone is going to keep pace with Guardiola's all conquering juggernaut, then the Scousers will be that team. A horrible, nightmare situation for us United fans but one we're just going to have to accept. The battle for the remaining two Champions League qualification spots will be up for grabs in a four way scrap between us and the London triumvirate of Spurs, Chelsea and Arsenal.
The Reds started on the front foot, playing with a spark and with a purpose, pinning Leicester back during an opening ten minutes in which Old Trafford was rocking to the beat of a United side that appeared to have refound our mojo. But the game soon lapsed into a familiar pattern as Leicester proved more than a match for Mourinho's side for long periods. We may have won, but the visitors can count themselves unlucky not to have stolen a point. It was too close for comfort.
We played some nice stuff at times, but United lack fluency and the constant attacking flair that City and Liverpool possess in abundance, but yet still finished above everyone bar the former last season.
You feel the cast for the campaign has already been set, with a solid but unspectacular United's best chance of success coming in one of the domestic cups.