There was a time when Antonio Valencia used to be a symbol of consistency and calm in an ever evolving, always changing Man Utd side. Both during the latter days of Sir Alex and afterwards, you knew what you were getting from our Ecuadorian: pace, power and a willing, unrelenting work horse with a penchant for the spectacular. Converted from flying winger to buccaneering full-back, there was a time when Valencia, despite still resembling something of a makeshift right back, was the best in the league. 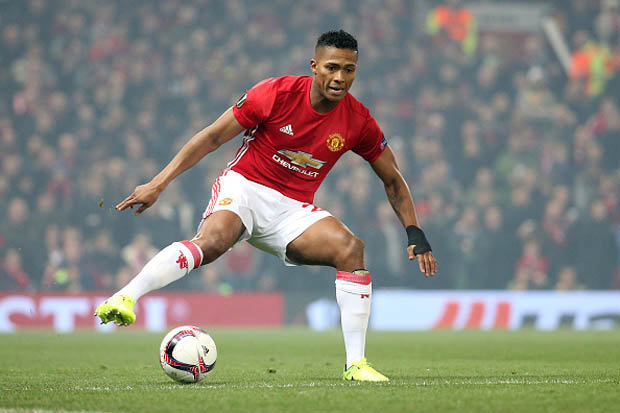 Opposition wingers used to get very little change out of him, he was equally as adept as defending as he would be providing a valuable array of goals both with his crossing to pick out a team-mate or from his own right boot. His oxygen tank energy, dynamism, devastating pace and sheer power meant he was not only reliable but a manager's dream, from Sir Alex to Mourinho via David Moyes and Louis van Gaal.
Valencia will hit 300 United appearances by the time he hangs up his boots and this summer he'll have completed a decade of service as our longest serving player and a club captain. Quite rightly he'll receive a testimonial but the fact remains that United's captain has been here ten years and yet still can't speak English, he's not a natural leader and only has the armband because of his loyalty and longevity to our club. Jose Mourinho has never placed much weight on the captaincy and sees it merely as a symbolic role.
Diogo Dalot was signed as Valencia's understudy in the summer but from what we've seen so far, even though Dalot's United career is only one game old, it is he whom should be first choice with Valencia relegated to the periphery as the back up. Dalot did more in his 90 minutes against Young Boys than our number 25 has managed in what feels like an eternity. Valencia now offers us very little, in fact he's become a liability and like all good things, his career as a first team regular must come to an end. Modern football waits for no man and, now of veteran status, time has caught up with the 33-year-old and he simply is not dynamic or good enough any more. The time has come for Dalot to make his mark and for Jose Mourinho to part with sentiment and phase Valencia out.
Granted, there is still the odd flash of match-winning brilliance from him - as we saw with his Exocet-esque finishes in home wins Everton and Stoke last term -  but they are few and far between now, the exception and not the rule.
Whereas Valencia used to resemble United's most potent attacking threat, now he resembles the root cause of the Reds unbalanced, top heavy, disjointed functionality. When he plays, the right hand side remains United's biggest problem. There's no attacking winger or full-back and he doesn't maraud up field, meaning that the constant switching to the outlet on the opposite side makes us not only predictable and pedestrian, but lopsided with all our play coming from the left. I can't remember the last time Valencia actually beat the first man with a cross or, indeed, did anything noteworthy at all.

United have failed to sign a right winger since a certain CR7 left in 2009 and, with that in mind, it exerts even more pressure on the chosen right-back to meet the first pre-requisite for any modern day wide man: to be agile, quick and most of all, to bomb forward and whip the ball in expertly.
When you can no longer do any of the above, your days are numbered in any first team set-up, never mind that of Manchester United's.
Posted by United Faithful at 09:29
Labels: opinion