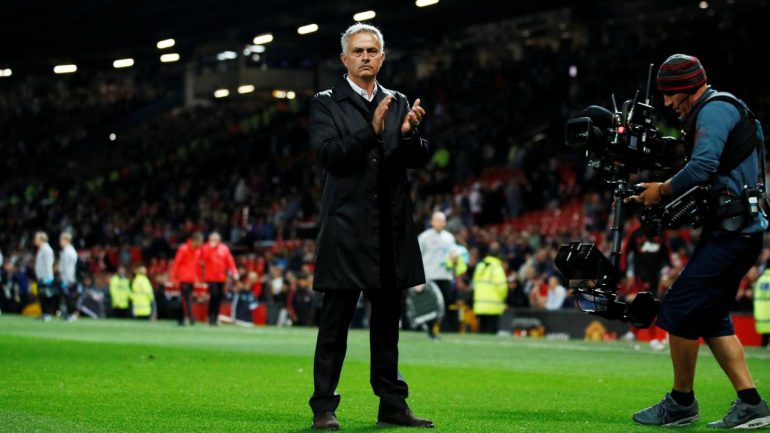 Jose Mourinho's United make the short 26-mile trip to Lancashire rivals Burnley in the midst of a run of form that has threatened to derail our season before its even truly begun. After a stuttering win over Leicester, successive defeats to Brighton and Tottenham - albeit with a better performance in the latter - has seen Mourinho's Old Trafford future come under more pressure and scrutiny than ever before.
The trip to Turf Moor is usually a difficult one, but the Clarets have yet to win in their first three league games of the new season, losing 3-1 to Watford and 4-2 to Fulham after a 0-0 draw on the south coast at Southampton on the opening day. Their Europa League campaign - reward for a fine seventh placed finish last time out - may also have contributed to their stuttering start, but Sean Dyche's side were knocked out at the play-off stage by Olympiakos in midweek, so will not now have the added distraction of European football with their minds now clear on the league. From their point of view, there's no better way than get off the mark for the season with a win to plunge United further towards the abyss.
How United set up in defence will get early focus, with the experiment of Ander Herrera in a back three sure to be abandoned.
Whatever formation or personnel plays, they'll have to perform well against a Burnley team unbowed by disappointment in only drawing against Olympiakos on Thursday.

Burnley’s lack of threat going forward should aid Mourinho in getting a win and, hopefully, our season back on track. Another defeat for the Reds could see Mourinho’s spell at United come to an end and, despite it never being an ideal time to replace a manager, this could shape our season miserably. Dyche will be forced to reshuffle his settled side for the first time this term, with  winger Johann Berg Gudmundsson (hamstring) their most notable absentee. Charlie Taylor or teenager Dwight McNeil - who deputised in the draw with Olympiakos - are likely to take his place in the team.
United are without Phil Jones - injured in the defeat to Tottenham - and Marcos Rojo is back in training but this game is likely to come too soon for the Argentinian. There are no other injury worries and, otherwise, Mourinho has a fully fit squad to pick from.

United manager Mourinho launched a vehement defence of his record, and said: "I am the manager of one of the greatest clubs in the world but I'm also one of the greatest managers in the world."I have won eight titles. I'm the only manager to win in Italy, Spain and England. Not small titles, proper titles, and my second last season was one of my greatest achievements in football.
"I had great success last season and that's probably what you don't want to admit.
"Two seasons ago we had a fantastic season because we won the Europa League. We won it because it was our level. We are the last team in England to win a European competition but you don't say about that, only the losses and the bad results."

United's trip to Burnley is a 4pm kick off at Turf Moor and will be live on Sky Sports.