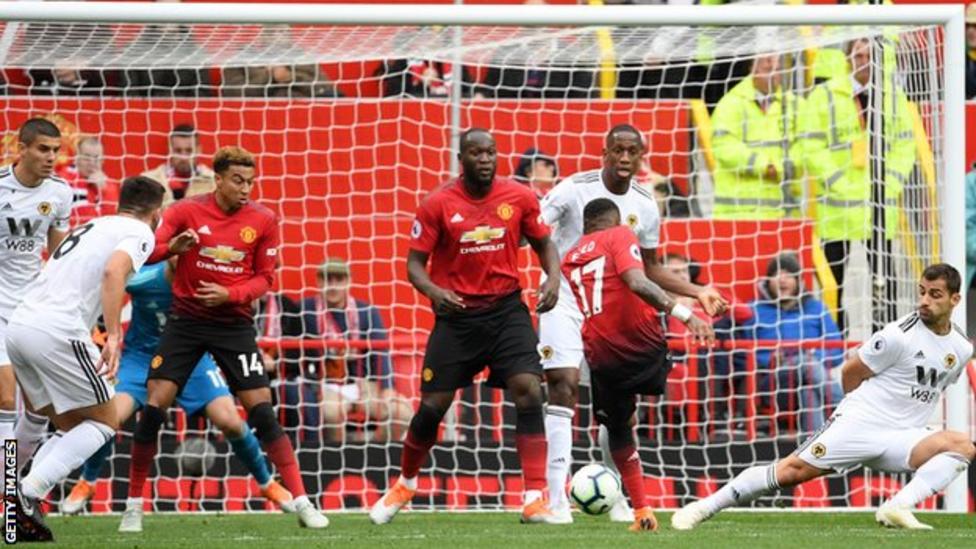 Nuno Espirito Santo's hungry and impressive Wolves side came away from Old Trafford with a fully deserved draw. Fred had put United ahead in the first half but the in-form visitors hit back thanks to a stunning Joao Moutinho equaliser to continue their strong start to life in the top tier.


Last season's Championship winners were more akin to the Portuguese national team after a influx of stars linked up with compatriot manager Santo thanks to the influential power of agent Jorge Mendes. It was summer signing Moutinho - alongside last season's Player of the Year, string puller and creator in chief Ruben Neves - who inspired the visitors fightback.
With Sir Alex Ferguson watching in the director's box, David de Gea saved well from a Wilfried Boly header and then also denied Raul Jimenez on the turn before the Reds took the lead against the run of play on 18 minutes.
The goal was down to the brilliance of Paul Pogba, who controlled a high ball with his instep and then flicked a no look pass into the path of Fred, who swivelled and fired in beyond Rui Patricio with a 20 yarder for his first United goal since his £47m signing from Shakhtar.

United had to be on our toes against a side who were looking so dangerous on the counter attack. But chances at both ends became very limited after the goal until a late free-kick just before the interval  from goalscorer Fred. Having seen an Alexis Sanchez set-piece wasted earlier, Pogba appeared to take command of the situation and lined up ready to fire in a right footer. But with Wolves' defence and keeper set up for an effort from the French midfielder, it was Fred who nipped in to strike a ferocious drive. Wolves custodian Patricio may have been stunned but he swiftly reacted to paw away Fred’s effort to grab a second. 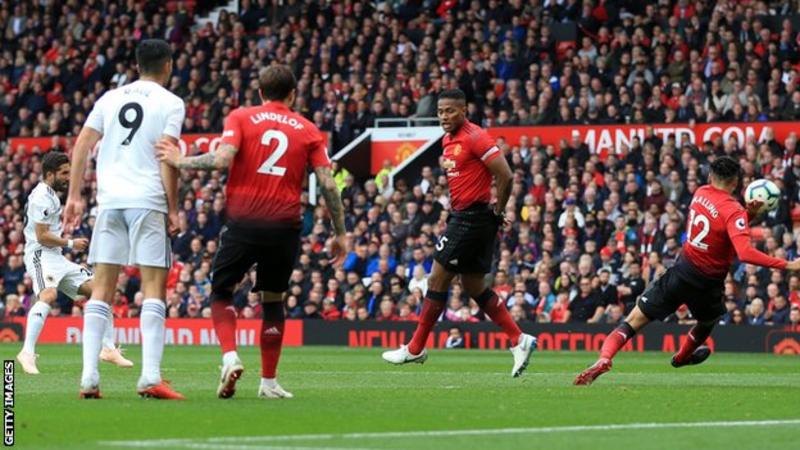 Helder Costa had negated Luke Shaw by pinning him back and it was who led the charge as the men from Molineaux equalised on 53 minutes.
Costa's run and cross picked out Jimenez, his cushioned touch teed the ball up for Moutinho and he thumped a shot beyond the helpless DDG.
Wolves were warming to their task as Neves went close from distance and De Gea saved well again, this time to keep out Diogo Jota.
Jesse Lingard, otherwise quiet, went close at the other end, and Romelu Lukaku headed wide after Pogba's pinpoint pass had picked him out as both sides pressed for a winner in an increasingly end-to-end encounter.

The visitors continued to show unrelenting ambition and went closest to a winner late on through speedy substitute Adama Traore whom tested De Gea on the counter-attack. That proved to be the last action of the encounter as Wolves extended their unbeaten run to a fifth game and became
the first side this season to take points off both Manchester clubs.