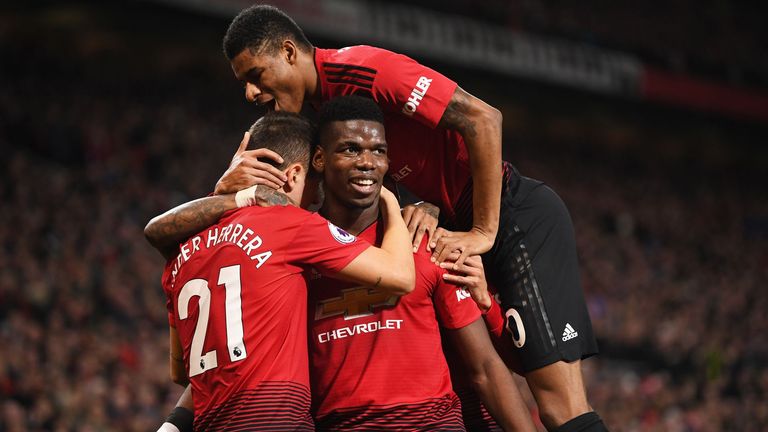 It is only two weeks since Manchester United slumped to the 3-1 loss against Liverpool which saw the axe come down on Jose Mourinho. Two weeks since they allowed their old rivals a scarcely believable total of 36 shots on goal in one of the most staggeringly passive displays in United's recent history. But the unhappy memories from the Groundhog Day of Anfield are already fading amid a growing sense of optimism.

Since Solskjaer replaced Mourinho, the Reds have enjoyed a spectacular resurgence - albeit against the bread and butter of three of the league's lesser lights. Under our Solskjaer inspired renaissance, the Reds have reverted to type, playing a style familiar to those who watched attack-minded teams sweep to 13 league titles under Sir Alex Ferguson.
This side is someway off that level but the watching Ferguson, who turns 77 on Monday, would have been impressed with the way United went about opening up the Cherries' defence from the first whistle.

It is now three wins out of three and 12 goals scored under caretaker-manager Ole Gunnar Solskjaer. Following the victories over Cardiff and Huddersfield either side of Christmas, Sunday's demolition of Bournemouth put them just three points behind Arsenal and added to a growing sense of optimism that a top-four spot might yet be salvageable.

More than anything, though, their latest victory added to the feel-good factor which had ebbed away under Mourinho. Solskjaer took over with a promise to allow a previously stifled squad to express themselves, and the approach has paid off. The mood around the club is transformed and so is the football. Eric Bailly's red card was only a minor blot on the evening. 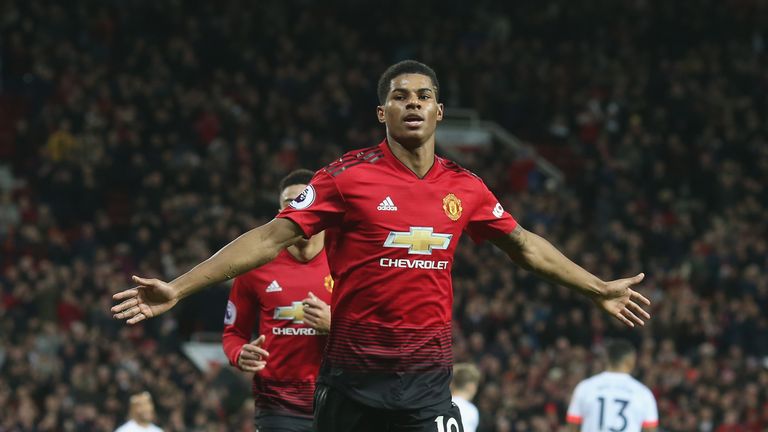 Paul Pogba, of course, has been the biggest beneficiary of the change of management. His relationship with Mourinho had become toxic, but with four goals already under Solskjaer, he has now scored as many in his last two Premier League appearances as he managed in his previous 19. He was only the width of the post away from completing his hat-trick.
For the third consecutive game under Solskjaer, Pogba was at the heart of everything United did. The Frenchman only had more than 100 touches in three of his 15 appearances under Mourinho this season, but he has managed it in every game since his departure. His dancing celebrations spoke of a player who is enjoying himself again.


He is not the only one.
Both Rashford and Anthony Martial have been given licence to play on the shoulder of the last defender under Solskjaer and their speed and movement were too much for Bournemouth. Rashford was outstanding in those circumstances for the opener, and it was the same story with Martial for United's third. Having sprung the offside trap, he had the guile to dig out an inch-perfect cross for Rashford with the outside of his boot.

The intensity of United's forward players ran right through the team. Solskjaer had called on them to make it a "high-tempo" game in his pre-match interview with Sky Sports and they certainly managed it. At the end of the 90 minutes, the tracking data showed United had outsprinted Bournemouth, one of the most hard-working sides in the Premier League, by 131 sprints to 127.

It was their second-highest total of the season and continued a trend of Solskjaer's reign so far. Manchester United have gone from averaging 102 sprints per game under Mourinho to 116 under the new man. It represents a dramatic increase of intensity from a group of players who have embraced the change of approach.
The caveat, of course, is that United are yet to come up against truly testing opposition under Solskjaer - that does not come until their trip to Wembley to face Tottenham on January 13 - and it would be foolish to pretend there are not areas still in need of improvement.


Most notably, United remain vulnerable in defence, with Nathan Ake's header before half-time ensuring they are yet to keep a clean sheet under Solskjaer. The Norwegian will wonder how Ake was able to rise so easily above his marker for that goal - and he will also question how David Brooks found the time and space to dribble through United's box to provide the assist.

Bailly's impending suspension is another concern for a backline already depleted by injury, but none of that can take away from what was another cathartic 90 minutes. The Mourinho era is well and truly over. Solskjaer has thrown off the shackles and Manchester United are looking up again.
Posted by United Faithful at 14:33