Eleven and a half years after he scored his final goal at Old Trafford as a player, Ole Gunnar Solskjaer returns for his first home game as United's caretaker manager.
After his dream start in the hotseat in which the ruthless and rampant Reds swatted aside lowly Cardiff, United face the Bluebirds fellow strugglers on Boxing Day in the shape of David Wagner's second bottom Huddersfield.
The Norwegian will be no doubt met by a rapturous reception from the Old Trafford crowd when the Reds look to build on our first five-goal haul since 2013.

This fixture has a very different look about it than it did a week ago from the Terriers point of view, as they head across the Pennines on the back of five successive defeats. Damaging home defeats to relegation rivals Newcastle and Southampton have left Huddersfield rooted firmly in the mire of the five-way fight against the drop, separated from basement boys Fulham by goal difference only.
For United, Ole will be looking to keep the feel good factor going as the season enters it most hectic and frantic stage.

On chasing the teams above United in the race for fourth, Solskjaer said: "We have caught teams up before at this club. I don't want to look too far ahead but Manchester United teams always play well in the second half of the season. It is a common saying, but it is important to take things one game at a time, look to get as many points as we can and see where it gets us. Huddersfield need a win also for different reasons so it is important to continue our work against Cardiff.
"It's going to be very emotional to be back at Old Trafford, a great occasion and a very special moment for me."

No fresh injury worries were reported after an excellent team performance away from home, although it remains to be seen if any of those not involved are available, such as full-back Antonio Valencia, centre-backs Chris Smalling and Marcos Rojo, midfielder Scott McTominay and striker Romelu Lukaku. The Belgian striker remains absent on compassionate leave, while Alexis Sanchez is not expected to have recovered from a hamstring injury.

For the visitors, midfielder Jonathan Hogg could feature after missing Saturday's loss to Southampton with a knee injury.
Winger Rajiv van La Parra may also return after nearly three months out because of a back problem. Tommy Smith, Danny Williams, Abdelhamid Sabiri and Aaron Mooy are all doubtful.

United have been involved in some Boxing Day blockbusters, including 6-3 wins over Nottingham Forest (1961) and Oldham Athletic (1991), a 4-4 draw at home to Derby County (1970) and a 4-3 triumph over Newcastle (2012). It’s also two years since Henrikh Mkhitaryan’s outrageous scorpion-kick goal against Sunderland. 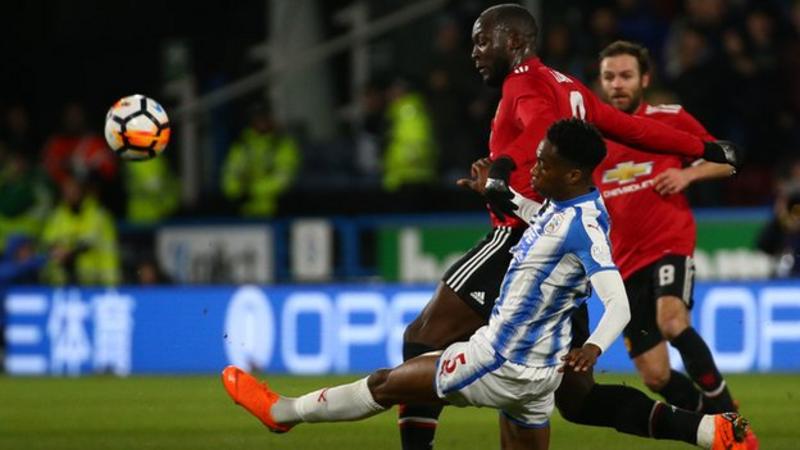 In United's penultimate tie of 2018, 19th-placed Huddersfield make the 29 mile journey to Old Trafford entrenched firmly in a five-way fight to avoid the drop. Ole has hinted that he will rotate the Reds and he added: "Everyone in the squad knows: ‘I will get a chance now’.
"Whatever has gone, whatever has happened, has happened. Everyone starts with a clean slate. We want players to perform, given the chance.”

Hot on the heels of Huddersfield, Man Utd host Bournemouth on Sunday followed by a midweek trip to St James Park for a midweek fixture to kick off 2019.