United kept up the pressure on the chasing Champions League pack with a comfortable and convincing Boxing Day win over struggling Huddersfield. 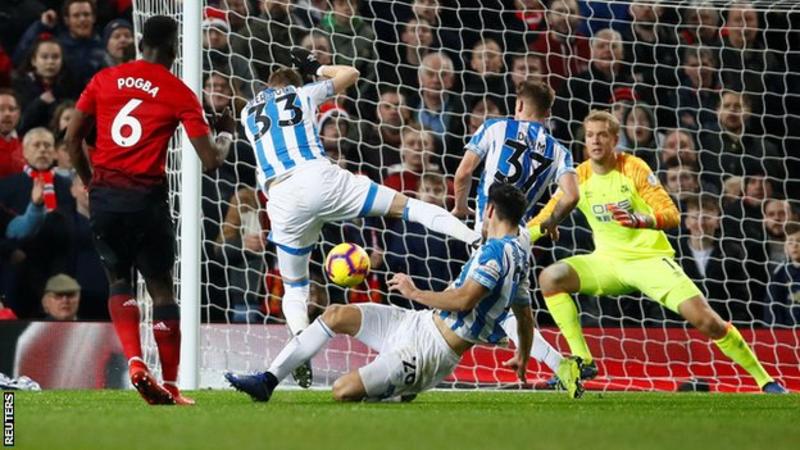 In caretaker manager Ole Gunnar Solskjaer's first home game in charge, United followed up the stylish win over Cardiff with another eye-catching victory. It condemned the basement boys from across the Pennines to a sixth successive defeat and ensured the Reds remained in touch with fourth placed Chelsea and place-below Arsenal.

The team had stormed to a ruthless and clinical win in south Wales on OGS's debut, and the club legend continued the Reds renaissance and made it two wins from the first two ties of his temporary tenure.
There is still work to do for Solskjaer, particularly in defence, but the mood around Old Trafford has been transformed for both players and fans since the Norwegian's appointment last week.


The banner honouring the Norwegian - 20 LEGEND - still hangs from the second tier of the Sir Alex Ferguson Stand and the welcome he received – from everyone, including the travelling Huddersfield Town fans – was very special, even by Old Trafford’s lofty standards. There was an almost tangible feeling of optimism as the teams readied themselves for the kick-off and the volume was raised a few decibels as Solskjaer’s charges looked to go on the offensive from the get go.
The dogged Terriers began brightly and carved out the first chance of the game inside the opening ten minutes when Terence Kongolo fired over from close range when well placed.
The visitors were by no means a distant second best, but United upped the ante when it mattered and drew first blood shortly before the half hour mark. Nemanja Matic had been much maligned for his sluggish showings under the now departed Jose Mourinho, but made the decisive difference here when Victor Lindelof flicked on a Marcus Rashford corner, Jonas Lossl saved and the rangy Serbian swept home on the rebound from ten yards

Rashford twice went close himself and Diogo Dalot volleyed wide but Huddersfield soon showed that 1-0 is a slender lead as they served a warning on the cusp of the interval when Phillip Billing hit the side netting on the angle.

David Wagner's tenacious team were producing some top-quality football and looking nothing like a team that are currently in the Premier League’s relegation zone, seeming certain to score, in the 61st minute, when Laurent Depoitre sent a great header goal bound. It looked certain to find the net until De Gea took flight to push the ball away for a corner.

Their revival was nipped in the bud moments later, however, as United moved into an unassailable 2-0 lead.  It came from a sweeping team move that heavily involved compatriots Juan Mata and Ander Herrera and culminated in the rejuvenated Paul Pogba thumping a 20 yarder beyond the helpless Lossl in the Huddersfield goal.

The mercurial Frenchman put the tie beyond any lingering doubt on 78 minutes with his second of the afternoon. Rashford found Jesse Lingard whom in turn picked out Pogba, and he whipped the ball home to put United 3-0 up and continue the visitors wretched recent run.

Highly rated teenage Academy graduate Angel Gomes came on for the closing stages, and there was still time for the visitors to grab a consolation through Mathias Jorgensen and deny United just a fourth clean sheet of the campaign.