Luke Shaw should be United's Player of the Season 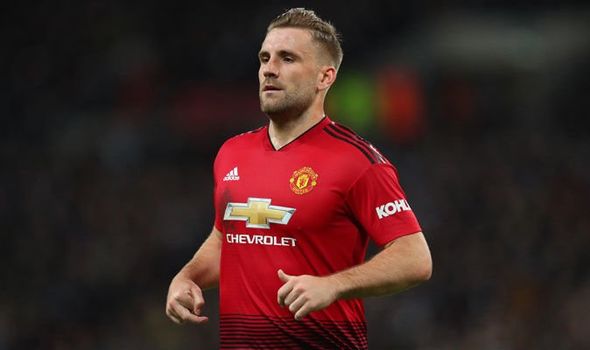 It's that time of year again when the topic of discussion turns to contenders for a club's Player of the Season awards. United's annual end of year bash which sees the gongs given out will be held at Old Trafford on Thursday May 9.

David de Gea has been a shoe in for the Reds pick of the bunch in recent years, having won the award named in honour of Sir Matt Busby for four of the last seasons - only the soon to depart Ander Herrera has broken his compatriot's stranglehold on the crown. With an atrocious, error-strewn De Gea in the midst of the worst goalkeeping crisis of his career, and United's season potholed by inconsistency, there is no clear winner this time around.
It's fair to say that no one in Red has covered himself in glory, but there's one man who has been a picture of consistency, calm and composure, a steady hand on the tiller in the roughest of seas. Step forward, Luke Shaw. Our number 23 has enjoyed a stellar season having finally achieved what he threatened for so long and made that left-back spot his own. He has become the player we all hoped he one day would be. Notably leaner, meaner, fitter and faster, and still only 23, Shaw has come of age. Liverpool's Andy Robertson aside there have been few better full-backs in the country this season.

Shaw's troubles with form and fitness at United have been well documented, but Luke has emerged from the cocoon of the Jose Mourinho era to spread his wings and fly into a new era as one of the few to emerge from 2018-19 with any tangible credit. Victor Lindelof runs him close and Marcus Rashford would be right up there if not for the last two weeks, but for me, Shaw gets the nod as our Player of the Year. Winner of three player of the month awards, I struggle to think of an occasion where he's had a bad game or not performed well. You could argue he should have done better for City's second, decisive goal in last Wednesday's derby but in truth the fault was minimal.

He prepared better than ever, rearranging his diet and workout plan, and eventually became United’s best full-back. There is no longer uncertainty surrounding Shaw and he’s been consistent all season, hence why I’d give reward him with the Player of The Year award. Next season I expect him to kick on again.

It has been great to see Shaw develop into one of the league's best full-backs  and long may it continue. Kudos, Luke.
Posted by United Faithful at 09:59