Manchester City took the derby honours and inflicted an important blow in their pursuit of back-to-back titles with victory at Old Trafford.
Pep Guardiola's side knew anything but a win would leave Liverpool at the top of the table and in charge of their own destiny with only three games left. 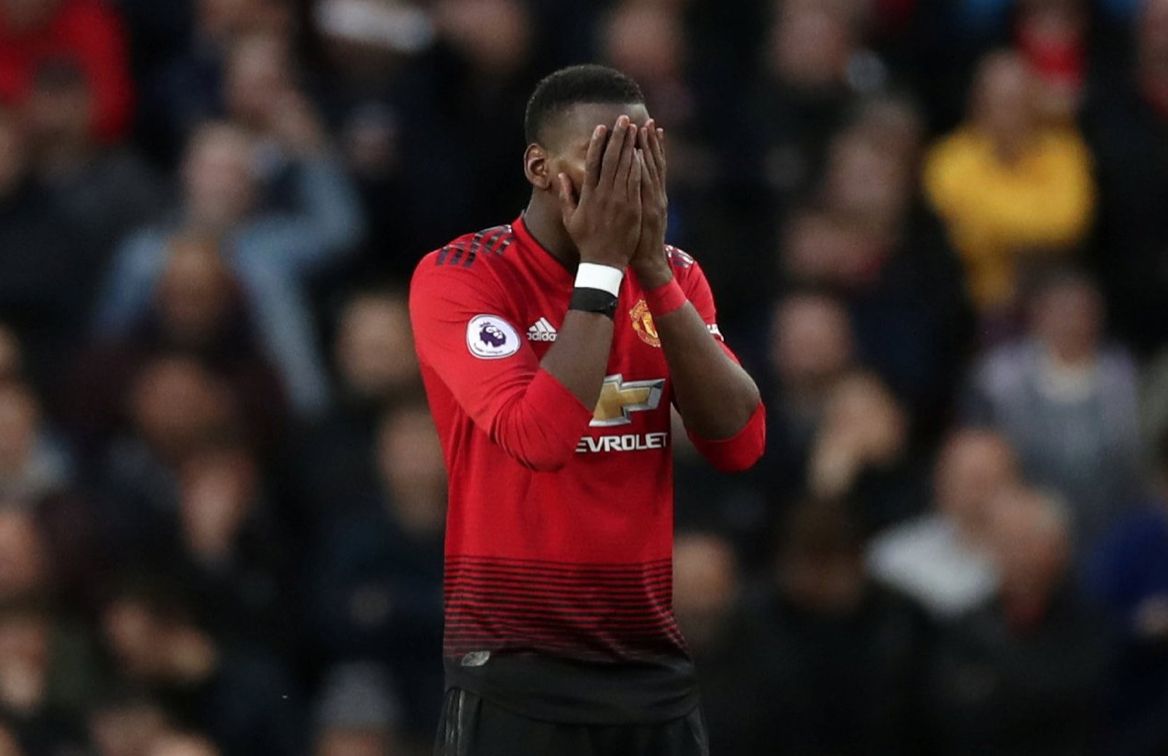 United matched their illustrious visitors in the first half and could even have counted themselves not to be ahead at half time, but City moved slickly through the gears after the interval with goals from Bernardo Silva and substitute Leroy Sane.

Silva's low drive went inside United keeper David de Gea's near post after 54 minutes and the keeper was at fault again when Sane's drive went straight through him and in.
Ole Gunnar Solskjaer had demanded a response after the abhorrent capitulation at Goodison Park and he did, at least, get a much improved performance.

There was a bite and confidence missing at Goodison as we flew into the opening exchanges with the Reds' intensity forcing the Blues into errors and the momentum also had City making unforced mistakes as well.
Vincent Kompany and Kyle Walker both looked unhinged and the City captain was given a 10th minute yellow card by referee Andre Marriner for a cynical body-check on Marcus Rashford as the striker threatened to speed past the Belgian defender.
Paul Pogba had the first telling effort on goal of a frantic opening as he sent a dipping shot just in front of City keeper Ederson but the keeper comfortably held the effort.
A deflected Raheem Sterling effort almost wrong footed De Gea, Fred flashed a shot narrowly over the bar at the other end and Jesse Lingard volleyed wide in a flurry of first half openings.

De Gea pushed out Silva's 20 yarder before Ederson bravely denied the impressive Marcus Rashford when one on one with the advancing striker.


City began to douse United’s fire as they got into their possession game and, as they continued with their control, they carved out their best chance of the match.
Quick passing in the home penalty area presented Sterling a chance to dance his way into some space and his low shot from close range was saved by De Gea as the Blues threatened to make a breakthrough under the noses of the Stretford End.

Guardiola's men upped the ante in search of a crucial win and, despite losing key enforcer Fernandinho to injury, made the breakthrough on 54 minutes.

An Ilkay Gundogan pass got Bernardo Silva on the ball on the right flank and he took on Luke Shaw, cut inside and fired low into the net under De Gea at his near post. The Reds responded immediately and should have restored parity but Lingard completely miskicked five yards out with the goal gaping after Rashford had picked him out.

Pogba had a free-kick chance square on goal from 20 yards out but could only batter his set-piece into City’s stoic wall.
City, though, were dangerously rising through the gears and United could ill afford errors but Fred gave away the ball to Kompany, the defender quickly set Sterling free and he raced at pace into the Reds' half and fed substitute Sane to thump in a finish that beat De Gea for City’s second after 66 minutes.

There was to be no comeback as Old Trafford emptied quickly with United left to lick wounds again after a better showing but another defeat. On the plus side, at least this means that Liverpool now look likely to miss out on the title.