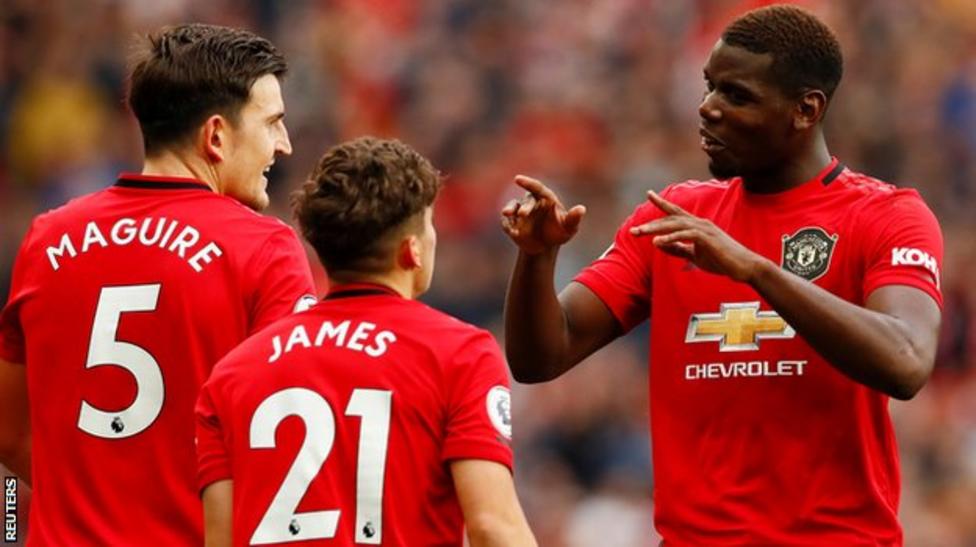 Manchester United put fellow top four contenders Chelsea to the sword with a 4-0 win at Old Trafford to condemn the Blues to their heaviest ever opening day defeat. There were times when United looked a bit loose in midfield and the visitors arguably edged proceedings in the first half. There's work to do but lots of positives for the team and Ole. Here's three things we learned from the Premier League opener.

This was a match littered with intriguing subplots and as well as the heavyweight tussle on the pitch, all eyes were focused on the two rookie managers in the respective dugouts. Two club legends - one taking charge of his first ever game at this level, and the other under scrutiny after a poor end to last season and another underwhelming transfer window.
Ole Gunnar Solskjaer prevailed in the battle of the young and inexperienced bosses as he out-fought and out-thought his opposite number. The scoreline may have a flattering look but there can no doubt that Lampard is now the one under early pressure having presided over Chelsea’s heaviest ever opening day defeat. Both managers turned to youth, but whereas Mason Mount, Tammy Abraham and Kurt Zouma in particular struggled, Dan James, Marcus Rashford and Aaron Wan - Bissaka et al all shone for Solskjaer’s United. Having looked good in pre-season, we carried that form on into the opener. Both managers need time but - particularly in the Blue corner - it’s a commodity not many are afforded these days.

All three of United’s summer signings featured against the Blues, and all three were impressive. After years of United full-backs failing to go beyond halfway, Aaron Wan - Bissaka was absolutely immense on his competitive Reds bow. The 50m man showed exactly why his stock has risen to almost astronomical levels with a lung busting performance of energy, power and poise. Up and down relentlessly, this lad is the real deal. Harry Maguire looked like he’d been at our club for years. The world’s most expensive defender never put a foot wrong, he was faultless and seemed like a magnet to the ball at times. Commanding, physical and strong, he started the move that led to the second goal and both he and Wan - Bissaka indicated years of defensive disorder may be coming to an end. Dan James started on the bench but was not to be denied his moment - and what a moment it was. There was barely a dry eye in the house when James thumped the ball beyond Kepa to make it four and raced away pointing to the sky before being mobbed by his team-mates. His father died just days before his United move, and you could see what it meant to the young Welshman.

United were unbeaten in pre-season, but the question was whether United could carry that form forward to the serious stuff. The final 4-0 scoreline - if not the result - may have been flattering as Chelsea could count themselves unlucky not to go in at half time ahead. But there was a purpose and a precision about how Ole’s United kept it simple, playing on the counter and pressing high. We stepped it up in the second half. A solid defensive triumvirate, an energetic and mobile midfield and a front three that did not struggle in the absence of the Serie A-bound Romelu Lukaku. Marcus Rashford looked revitalised, Anthony Martial was back in his favoured number 9 shirt and Jesse Lingard was quietly impressive. It’s also clear that morale, confidence and spirit in high as the whole team came together after Rashford had made it 3-0. “We keep going” seemed to be the message with Scott McTominay seen encouraging the troops. For a team and a club that hit rock bottom in the dark days of Jose Mourinho, there are positive signs and an upward trajectory as Solskjaer attempts to channel the spirit of 1999.

Posted by United Faithful at 02:55