90 days since United's last competitive clash, the Premier League returns in style as two of the top six locks horns in a heavyweight clash at Old Trafford. 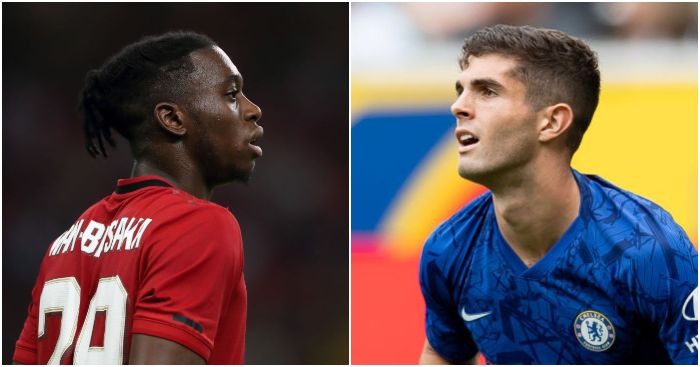 A monster opening fixture with a "fresh start" feel.
Whether by necessity or choice, both clubs are set to give young players more playing time this season - part of the long build, as Ole Gunnar Solskjaer has described Manchester United's path.
How long he gets to oversee it may depend on how well United start, and that could be influenced by Paul Pogba's mood and plans for his own future.
Chelsea, meanwhile, have their own main man back, with Frank Lampard having proved himself a fine manager of young men in his one Derby season, which included League Cup success at Old Trafford.
It's a huge day for the Blues legend, who may have come to Premier League management earlier than planned - but somehow it just feels right.

It's a match littered with subplots and talking points aplenty as Lampard takes charge of his first Chelsea match meaning that there will be two rookie, inexperienced managers in the respective dugouts. Lampard has not been able to add to the squad he inherited from predecessor Maurizio Sarri due to the Blues transfer ban. That means he will likely be forced to turn to the many talented Chelsea youngsters who will now finally get an opportunity in Blue after what seems like an eternity - Tammy Abraham, Kurt Zouma, Kenedy, Fiyako Tomori and Mason Mount (whom both played under Lampard at Derby) are all in contention to start after loan spells at other clubs in the Football League and Championship last season.

This is only the Chelsea legend's second season as a manager after his good work for Derby saw them narrowly miss out on promotion from the Championship - pipped at the Premier League post by Aston Villa in the Play-Off final. Despite this near miss, the Chelsea powers-that-be saw enough to persuade them to bring their all time top scorer (211 goals in 650 games) back for a romantic return to the place where he became one of the all time greats.

Ole begins his first full season at Old Trafford without the financial constraints placed up his opposite number. Summer signings Aaron Wan - Bissaka and the world's most expensive defender Harry Maguire will make their debuts, with fellow new boy Daniel James also expected to feature. With Romelu Lukaku having departed for pastures new, our attack will have a youthful look to it - will Mason Greenwood get his chance? Eric Bailly is out until Christmas and Alexis Sanchez is short of match fitness. Timothy Fosu - Mensah is also unavailable.
Antonio Rudiger and long term injury victims Ruben Loftus - Cheek and Callum Hudson - Odoi will miss out for the visitors, with N'golo Kante (hamstring) and Willian (knee) facing a late battle to be fit in time for Sunday's encounter.

The Reds boast a superb opening day record, winning 20 from 27 at Old Trafford in the Premier League era, and 18 of our previous 27 games around the first weekend of the season. No other club has more wins and points than that. An omen?

Ole’s men were unbeaten in pre-season, winning five of our six games while triumphing on penalties in the other following a draw. The Reds started with wins against Perth Glory (2-0) and Leeds United (4-0) in Perth, Australia before we beat Inter Milan, Tottenham Hotspur and AC Milan (the latter on penalties) in the International Champions Cup. United ultimately finished second in the 12-team tournament, although we could drop to third should Atletico Madrid beat Juventus on Saturday. The Reds also beat Ole’s hometown club Kristiansund 1-0 in Oslo during pre-season.

United manager  Solskjaer on the loss of Romelu Lukaku: "Of course Rom has a good record and stats, he's one of the top number nines around when you want to play with that kind of striker, a target man.
"I'm very confident that we'll get goals from (Anthony) Martial, Daniel James and (Marcus) Rashford and Jesse Lingard.
"I believe Mason Greenwood is going to be playing and involved a lot and, when he is, he's going to score goals."

Chelsea are one of our oldest foes and, along with United, are one of just six ever-presents in the Premier League era. Since the league’s inception in 1992, we’ve hosted Chelsea 27 times and have won 10, drawn 11 and lost just six times. The Reds first played the west London side in 1905 and, of the 183 previous meetings in all competitions, we’ve won 75, drawn 55 and lost 53. United have a good recent record against Chelsea at Old Trafford and are unbeaten in our last six encounters with the Blues, the last of which ended 1-1 in April.

Posted by United Faithful at 02:17