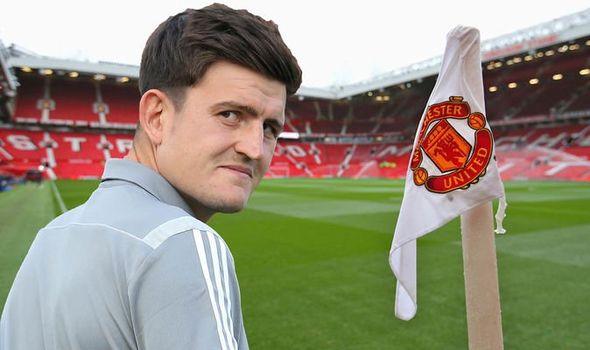 After having a 70m bid turned down earlier in the summer, United upped the ante and, after a game of tug and war in which Leicester dug their heels in, this time we look to have got our man.
Maguire, subject to the obligatory medical, will become our third summer signing after Aaron Wan - Bissaka and Daniel James. Despite other cheaper, arguably better, options being up for grabs elsewhere (Toby Alderweireld, anyone), the signing of Maguire continues Solskjaer's raison d'etre of bringing the best of British to Old Trafford.

United have not boasted a centre-back worthy of the name since Nemanja Vidic, and - although I'm not for one minute suggesting Maguire is anywhere near that level - he represents a significant upgrade on what we already have. Maguire, or Marcos Rojo and the Chuckle Brothers? It is a no brainer. With respect, anything to keep those three as far away from the team as possible is good with me.
There is no way on Planet Earth that Maguire is worth the money we have paid, but United's defence in its current state has more holes than a packet of Swiss cheese, so its needs must. It's been common knowledge that we've needed a centre back for what feels like an entirety, and that desperation no doubt contributed to the eye-watering sum Leicester demanded for the player. It is an epitome of the current transfer market that ten years ago, £80m would have got you Cristiano Ronaldo at his peak, now it gets you a Sheffield-born lad from Leicester with the most famous forehead in the land. How times have changed.

After years of watching Chris Smalling and Phil Jones's slapstick antics through our fingers, Maguire provides us with a calm, composed ball-playing centre back to slot in alongside United's "Iceman" Victor Lindelof. With the exciting addition of Wan - Bissaka on the right and double Player of the Year Luke Shaw on the other side, our backline looks to be in its rudest health for many a year.

He will become the world's most expensive defender with the fee to eclipse the 75m paid by Liverpool for Virgil Van Dijk - and let's hope the man affectionately known as 'Slabhead' has a similarly stellar impact for us. If that's the case, then Maguire will represent value for money.

Maguire became an unlikely cult hero during England's run to the World Cup semis last summer and his much-anticipated United move caps a meteoric rise to the upper echelons of the English game for the boy from Sheffield.

Three weeks ago, United were still assessing other options but slowly these had fallen by the wayside, leaving Maguire as the single option.
Solskjaer believes Maguire has not only the playing style but also the leadership qualities United's current squad requires.

The Slabhead Cometh!
Posted by United Faithful at 09:19