Injury hit Manchester United welcome inconsistent Arsenal in the 232nd competitive meeting between the two old rivals on Monday night. In fact, we have met our north London opponents more times than any other side in our history.

A fierce rivalry ignited by the country's top two clubs battling for supremacy in the early Premier League era, the fixture now has a very different feel to it.  It’s a different story today, with both clubs competing in the Europa League and both out of reach from the title already it seems.

Injuries to Marcus Rashford and Anthony Martial and the decision to allow both Romelu Lukau and Alexis Sanchez to leave the club means that Manchester United will probably have to turn to 17-year-old Mason Greenwood to lead the line.
Although Arsenal fans will remember all too well what happened in February 2016, when an 18-year-old Rashford burst onto the Premier League scene against them at Old Trafford - he scored twice in a 3-2 win.
But surely, despite their defensive vulnerabilities, Arsenal won't have a better chance to record their first league win at United in over 13 years -a victory which would give them an early six-point cushion over their rivals in the race for Champions League football.
This game's always a big occasion but it feels like the pressure is more on Ole Gunnar Solskjaer than his opposite number Unai Emery for this one.

Last time out in the Premier League, the Reds suffered a disappointing 2-0 defeat at the hands of West Ham. However, since then, Ole’s men eliminated Rochdale in the Carabao Cup on Wednesday via penalties after a 1-1 draw in 90 minutes. Prior to that, United had won the last two home matches 1-0, against Astana and Leicester City respectively. Overall, including the Rochdale tie, the Reds have emerged victorious from four of our five matches at Old Trafford this season. 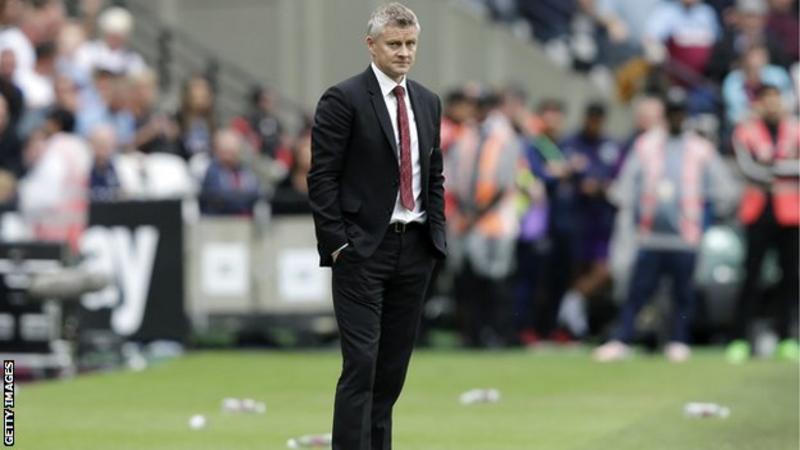 Solskjaer's United are likely to be without injured forwards Anthony Martial and Marcus Rashford, so Mason Greenwood, 17, may start his first league game this season.
Midfielder Paul Pogba is a doubt because of an ankle problem he picked up against Rochdale, but left-back Luke Shaw is back in training. This one looks set to come too soon for the United full-back, however.
Arsenal striker Alexandre Lacazette is ruled out with an ankle injury but Dinos Mavropanos is available for selection after a groin problem.
Emile Smith Rowe is sidelined by concussion, but Rob Holding, Hector Bellerin and Kieran Tierney are all fit, with the latter available to make his Premier League debut.

Solskjaer said: "I never said it was going to be easy this season.
"There are going to be ups and downs. When we lose a game we have to trust ourselves and what we're doing. We are in a process.
"The culture is there, there are no issues with attitude, work-rate or desire."

Over the years, we’ve played out some classics with the capital club and this fixture could be another memorable meeting between the sides…