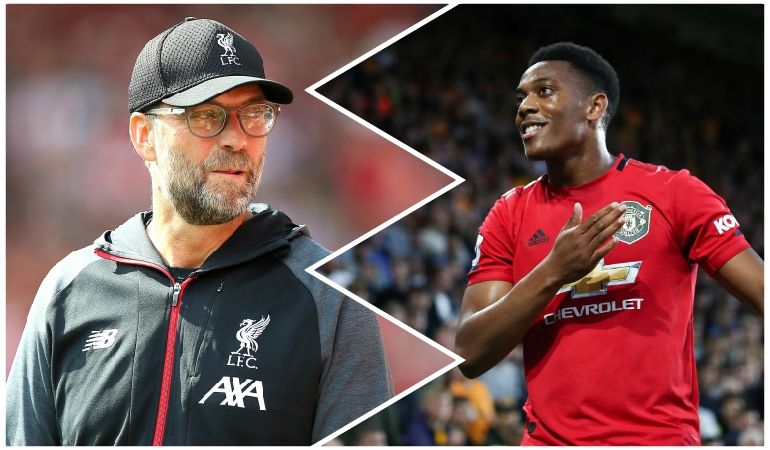 David de Gea and Paul Pogba will miss the visit of Liverpool as the Reds of Manchester and Merseyside lock horns again.
In the 203rd competitive installment of the English game's most compelling rivalry, Sergio Romero will deputise for the hamstrung De Gea whilst United's World Cup winning Frenchman is missing with an ankle injury. The absence of the Spaniard is not as big a blow as it once might have been for United, and - in Romero - as number two keepers go, he is the best there is.

The Argentine never lets United down when called upon and is undoubtedly the best back up in the league. For a man who’s played in a World Cup final and was an ever-present in United’s Europa League win a few years back, a meeting with the Scousers is unlikely to faze him. As number two keepers go, there are very few better.

Aaron Wan-Bissaka, Anthony Martial and Luke Shaw face fitness tests, with Jesse Lingard, Phil Jones, Diogo Dalot and Mason Greenwood also doubts.
Liverpool will monitor goalkeeper Alisson, who could return after two months out with a calf problem. Centre-back Joel Matip has missed the last two games but may be fit to play.
The Reds are also hopeful Mohamed Salah will feature despite the ankle injury he suffered against Leicester.
It may sound strange given the lofty position of Jurgen Klopp's men at the summit of the Premier League, but there has never been a better time to face them.

Klopp's men have made a perfect start to their league season, and come into this one chasing Manchester City's record of 18 consecutive top flight victories having already opened up an eight point lead at the top.United, in stark contrast, are struggling badly under Solskjaer, marooned in mid table with only two league wins all season.

With the world and his wife expecting nothing but a win for the men from Merseyside, it's a free hit for Ole Gunnar Solskjaer's side  - we've nothing to lose.
So what chance a home win? On form, almost none. On the intangibles of history, chance and the 'derby' factor? Stranger things have happened. A shock United victory would do wonders for the confidence, morale and Solskjaer’s state of mind.

The United boss said: " I've never felt the United job is too big for me. I'm confident in what we're trying to do and I'm confident in my staff.
"We do have a plan and we know that we've made some decisions that maybe in the short-term would harm us, but we know in the long-term will benefit us.
"But results are always the main thing and we can move forward quicker if we get results and performances."

No matter the respective fortunes of these two sides, when United and Liverpool collide, the world is always watching. Sunday's game at Old Trafford kicks off a 4.30 and is live on Sky.