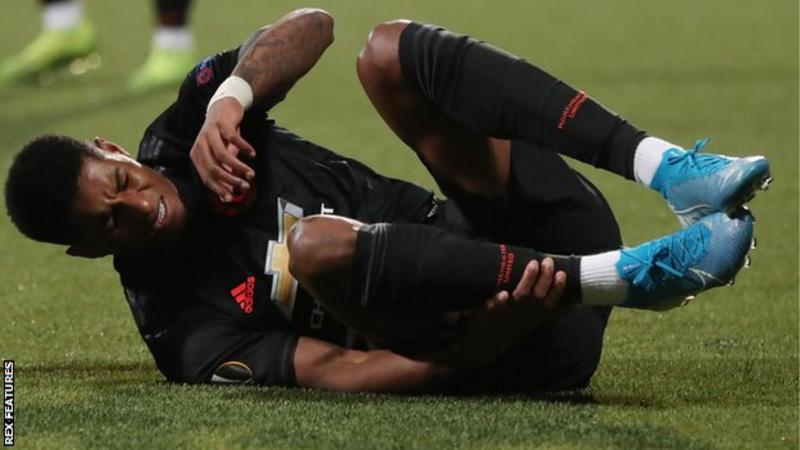 Manchester United failed to muster a shot on target in the stalest of Europa League stalemates in Hague.
On paper, a draw away to the strongest team in the group represents a decent night's work, but the manner of the performance from Ole Gunnar Solskjaer's side was concerning. It was a tenth away game without a win and followed a similarly uninspired showing on Matchday One as United edged past the minnows of Kazakhstan's FC Astana. It was the first time ever that United had failed to register a shot on goal in a European tie.

The game's main talking point saw United denied what looked a stonewall penalty when substitute Marcus Rashford was scythed down by Stijn Wuytens with ten minutes left.
The game was played on a plastic surface at the home of AZ Alkmaar's divisional rivals ADO Den Haag - the Cars Jeans Stadion - with the club's own AFAS Stadion ground out of action.

But it would be hard to blame the surface for United's failure to test the goalkeeper once, with sub Jesse Lingard hitting their best chance wide late on.
AZ had the better chances, with striker Myron Boadu having a first-half goal correctly ruled out for offside.
To literally add insult to injury, substitute Lingard walked off with a hamstring injury late on, leaving United to end with 10 men - and Solskjaer expects him to miss Sunday's Premier League game against Newcastle.

United have not won in their past four games in all competitions, excluding a penalty shootout victory against Rochdale.
They are level with Partizan Belgrade on four points at the top of the group. The Serbian side won 2-1 in Astana thanks to a double from Umar Sadiq earlier on Thursday.

Mason Greenwood got the chance to start up front that some people expected on Monday, but he had one shot which looked goalbound before being blocked by ex Aston Villa man Ron Vlaar.
It took United 67 minutes to have a shot, excluding blocked ones, with Angel Gomes hitting well over from distance.
United brought on Rashford, Lingard and Scott McTominay as they looked for a winner, but it never really looked on the cards.
The positives were a decent defensive performance - with teenager Brandon Williams making a first start at left-back - a clean sheet and a point.


A few strange bounces on the artificial turf caught players off guard, with plenty of passes cut out - but then that was also the case for United on their own grass pitch on Monday.
AZ are third in the Dutch league and now unbeaten in six games - and they had the better chances.
Netherlands Under-19 teenager Myron Boadu had the ball in the back of the net with a stooping header from Fredrik Midtsjo's cross but he was well offside.
The 18-year-old had another chance but he did not make proper contact with a header.
Alkmaar winger Oussama Idrissi was excellent, causing Diogo Dalot plenty of problems, and he forced two saves from David De Gea as well as shooting wide from long range.

Posted by United Faithful at 16:15