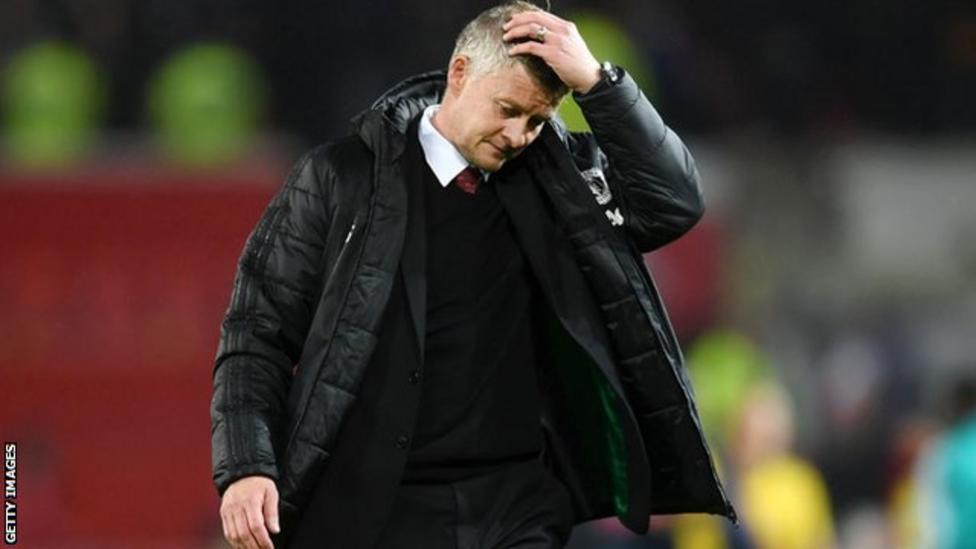 Man Utd were forced to settle for another draw as Pierre - Emerick Aubameyang's goal cancelled out Scott McTominay's opener.
McSauce put Ole Gunnar Solskjaer's side ahead shortly before the break before the Gabonese striker's eighth goal of the season - assisted by VAR - earned the Gunners the point they needed to move into the top four.

It was a game high on endeavour and effort but low on any real genuine quality, a far cry indeed from the days of yesteryear when these two sides used to lock horns in a long and gruelling struggle for supremacy.

Goalkeeper Bernd Leno excelled for Arsenal with fine saves from Harry Maguire and Marcus Rashford's late free-kick, while Bukayo Saka's goalbound shot crucially struck Victor Lindelof and flew over the top.
McTominay also headed a great chance well over from Ashley Young's corner but neither side could force a winner.

United had the edge on chances, although they were grateful to David de Gea for a fine double save from Saka and Matteo Guendouzi in the first half and they also felt they had a respectable appeal for handball against Sead Kolasinac ignored by referee Kevin Friend.
Arsenal boss Unai Emery will be more satisfied than counterpart Solskjaer with a point but this showed just how far away both are from leaders Liverpool and reigning champions Manchester City - and just how much work they have to do to catch up.

The match had been littered with fouls up to the point when Andreas Pereira went on an adventurous run and had Arsenal back-pedalling. The midfielder advanced and finally let fly with a low shot that was handled well by Gunners keeper Bernd Leno.

It fired the visitors into an immediate response but, fortunately for United, the Londoners' expensive summer signing Nicolas Pepe skied his shot high into the Stretford End.

United took the lead on the cusp of half-time on the counter-attack from Arsenal's set piece. After De Gea have saved from first Saka and then Guendouzi, United sprung forward. Rashford retrieved a Daniel James cross and cut it back for McTominay who thumped home a 25-yarder for his first goal at home. Old Trafford erupted and Solskjaer's side went in at half-time ahead.

Aubameyang miscued a volley but it proved only a temporary reprieve as Arsenal levelled on 58 minutes. Axel Tuazebe, otherwise impressive at left-back, lost the ball to Bukayo Saka whom played in Aubameyang. His finish was somehow bafflingly disallowed for offside, but VAR ruled that Maguire had played him onside and the goal was correctly given.

18-year-old Saka caught the eye on the left for Arsenal and went close to putting them ahead when his strike was distance was deflected over the bar by Victor Lindelof. At the other end, Paul Pogba flashed a shot wide and McTominay should have done better with a free header from a corner.

Leno saved well from the marauding Maguire before Mason Greenwood - a day short of his 18th birthday - was introduced in search of the all important winner. Rashford's free kick was saved by Leno at the death but, in truth, a draw was probably a fair result.

Posted by United Faithful at 01:49