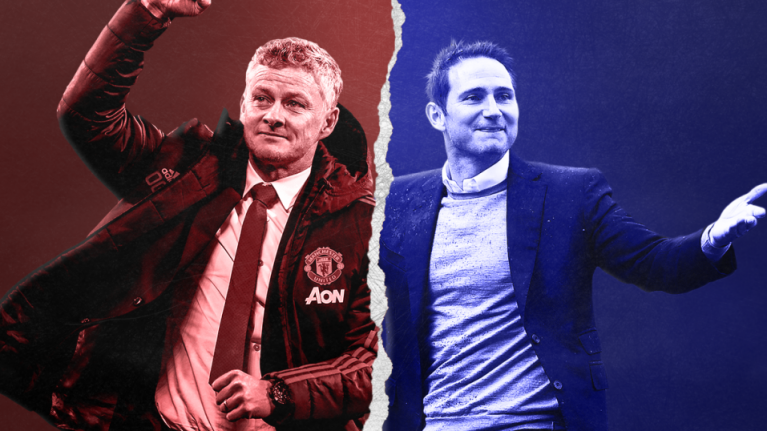 Chelsea. A lavish corner of west London adorned by the wealthy and the rich and famous. Anyone who's anyone with money lives round here. Their football club are synonymous with the area in which they call home.
Yet for Manchester United, there is simply ususally nothing doing in these parts. Reduced to the role of the pilfering pauper, SW6 is the unhappiest hunting ground of all. Death, taxes and defeat at Stamford Bridge, to reword Benjamin Franklin. That's how things have been for years - even throughout the silver-laden tenure of Sir Alex, we hit a mental block when it came to visits here.

There have been a succession of hard-luck stories, a string of controversial decisions and some of the best Chelsea sides we have seen. There's something in the west London water that reduces all those in red to a quivering wreck. Two wins in 14 visits tells you everything you need to know.

Yet as Bob Dylan once sang, for the times-they-are-a-changin'. Having not won at Stamford Bridge since 2012, Ole Gunnar Solskjaer ended that hoodoo back in February on his first visit as United boss. In mitigation, that was against a Chelsea side in a serious state of flux under Maurizio Sarri, who would be gone amidst a cacophony of discontent a mere three months later. For as good as United were on that FA Cup night, Chelsea were equally as poor. The curse of south west London had been lifted - but for how long. All eyes turned to the next meeting.

Of course, the two sides had met once already this season before this distinctly low key cup clash. Messrs Solskjaer and Lampard - in what was his first game in charge of his beloved Blues - locked horns on the opening day of the season. Ole may have prevailed, but it was the younger of the two rookie bosses that would have the last laugh. United ran out 4-0 winners - it seems almost an anomaly - but it was yet another false dawn as we would win only two further league games in as many months. It could hardly have been a worse barometer of how the two's seasons would unfold.
The marked improvement in his team’s results and performances since that defeat to United painted a flattering picture of the impact that the 41-year-old Lampard is having.

After the United defeat, Chelsea lost on penalties to Liverpool in the European Super Cup final and drew at home to Leicester and Sheffield United either side of a close-fought 3-2 victory at Norwich.
There were signs Lampard’s team could cause problems going forward but were perhaps lacking defensively.
The Blues would then suffer back-to-back losses against Valencia and Liverpool, but an impressive performance against the Premier League leaders earned Lampard and his side a rare round of applause in the face of defeat.
However, in the month since then Chelsea have beaten all comers, conceding just five in seven games.
The two clubs and their bosses are in almost identical situations - each is a club legend in the job of their dreams, rookie managers working under a flawed board structure with a fanbase disillusioned by previous regimes. All the signs pointed towards another win for Lampard and his side in the second meeting of the season, but Solskjaer again came out on top. "Super Frank's" kryptonite indeed.

Two meetings, 2-0 to Solskjaer. Two successive wins at Stamford Bridge and three from our last four meetings against the Blues. Having won twice in 14 years in SW6, Ole has done it twice in eight months.

He's at the wheel again!

Posted by United Faithful at 07:43