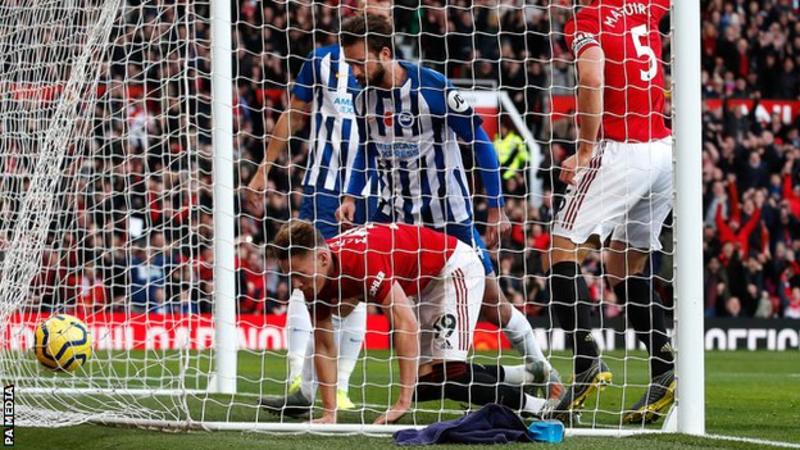 Manchester United moved back up to seventh in the league with our best performance of the season against Graham Potter's Brighton side.
It was a familiar story for Brighton, who have never won at Old Trafford and never looked like breaking that sequence and allowed Marcus Rashford to restore the hosts' two-goal cushion two minutes after Lewis Dunk's header had given them hope. In truth, Ole Gunnar Solskjaer's United should have prevailed by more than the 3-1 scoreline but the Reds sealed their biggest league win since the opening day to move into the top half.

The victory came at a cost, though, as McTominay limped off down the tunnel late on after a clash with Brighton winger Solly March.  Following on from the confidence-boosting 3-0 win against Partizan Belgrade, United fed off the feelgood factor to race into an impressive early lead at Old Trafford. Brighton had been getting a good press this season under Graham Potter and started the match ahead of the Reds in the division.

But United soon put a stamp on this match and after Marcus Rashford had softened up the Seagulls’ defence with a marauding, penetrative run and shot, the Reds took the lead in the 17th minute.
Breaking fast, United had Brighton back-pedalling with Andreas Pereira confusing the rearguard with a series of stepovers.
The midfielder fed Anthony Martial and with the stadium, and probably the Brighton defence, expecting a trademark curling shot, he confused everyone and laid the ball back to Andreas. His sweeping left-footed shot took a decisive deflection off Dale Stephens to wrong -foot keeper Mathew Ryan.
One quickly became two as United moved into a 2-0 lead, albeit through VAR intervention. Harry Maguire flicked on a Fred free-kick, McTominay latched on to the loose ball and bundled the ball home through a posse of players. The goal was finally given after checking handball against Maguire, and replays showed the ball had actually gone in off Brighton player Davy Propper.

Pereira went close from distance but Brighton rallied and pulled a goal back through towering centre-back Dunk after the interval. It was a soft goal to concede as the Albion captain met a 64th-minute corner with a header, unmarked, in front of the Stretford End.

Any hopes of a fightback were quickly extinguished, though, as United re-established their three-goal advantage three minutes further on.


A fabulous pass from the rejuvenated Fred to Martial opened Brighton up but a late stab from defender Shane Duffy took the ball off the striker’s toes.
However, the Frenchman reacted and retrieved possession to feed Rashford, who hammered a shot into the roof of the net for the Reds' spectacular finish in the 66th minute.

Rashford, as is his wont, then went from the sublime to the ridiculous two minutes later when Daniel James stormed clear down the left and cut the ball back, only for Rashford put the ball wide with the goal gaping.
Brandon Williams almost marked his impressive full debut with a goal but was denied by Ryan, and the Seagulls stopper also denied James as the marauding Reds continued to press.

Rashford again went close to scoring his second late on but even without that, the United fans left Old Trafford with another exciting triumph to savour.