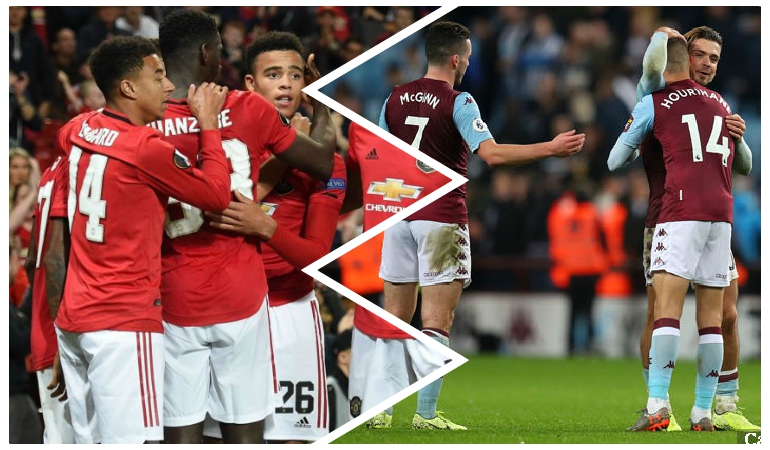 Ole Gunnar Solskjaer will restore all of his Man Utd players for the visit of Aston Villa to Old Trafford on Sunday. Having left almost everyone at home for the midweek trip to Astana, there can be no excuses against opponents that we traditionally boast a very strong record against.The newly promoted claret and blue are back to the Premier League for the first time since 2016 after a vast outlay of signings in the summer. The West Midlands side have only beaten United once in the last 24 meetings. That said, the Reds are nothing if inconsistent and have struggled against the league’s lesser lights as shown by results this season with the likes of Newcastle, Bournemouth, Crystal Palace and West Ham.
United have improved after their worst start to a season in 30 years but are still hamstrung by patchy domestic form that has seen them win two, draw two and lose two of their last six league matches. Villa’s 2-0 win over Newcastle – on former manager Steve Bruce’s return to the Midlands – ended a run of three straight defeats to lift Smith’s side out of the bottom three.
Scott McTominay missed the 3-3 draw with Sheffield United last weekend due to injury while Marcos Rojo was also ruled out at Bramall Lane.
With Nemanja Matic again ruled out, Fred is the only recognised senior central midfield player available to Solskjaer.
Eric Bailly, Timothy Fosu-Mensah and Diogo Dalot are all still unavailable while Phil Jones had a torrid time deployed in a back three last time out and is unlikely to be utilised again. With so many injuries and a limited squad to pick from, it was definitely the right call to give the seniors the night off on Thursday
David De Gea is certain to start between the sticks while Harry Maguire and Victor Lindelof should return in central defence if Solskjaer reverts to a traditional back four. Axel Tuanzebe is unlikely to feature seeing as he played 90 minutes in Kazakhstan. Paul Pogba’s return date is still unknown.

Solskjaer said: "Every player is allowed to be injured when he’s injured and Paul is working hard to get back, “Nobody can doubt his professionalism, his willingness or desire to play football. He’s a footballer and one of the best midfielders in the world. It will be like a new signing of a player before the window opens. We’re very happy with him.”