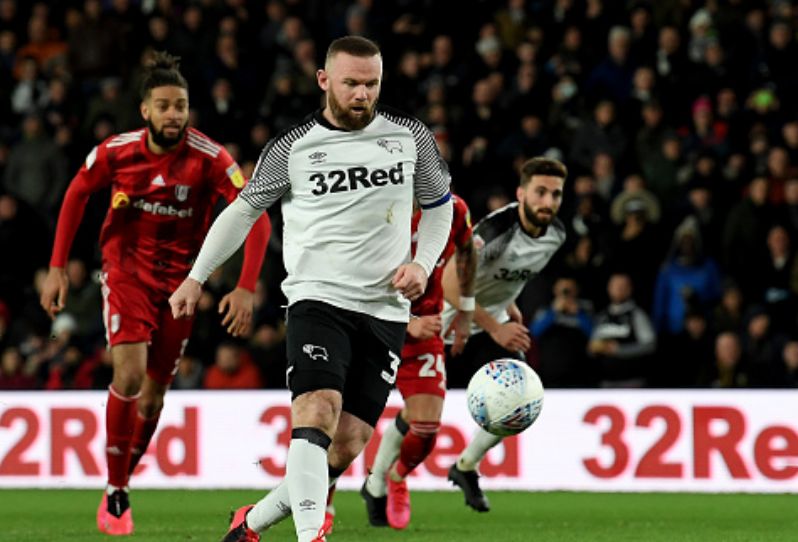 United restore hostilities with the most familiar of foes as all time record goalscorer and former captain Wayne Rooney faces his former employers.
In the seventh meeting in eleven years between the Rams and the Reds, there's only one name on everyone's lips as Rooney - who scored 253 goals in a decorated 13 year career at Old Trafford - returns. Now 34, 'Wazza' plays in a deep lying holding role these days and so will go toe-to-toe with Messrs Fred and Nemanja Matic, but he still possesses dangerous set piece ability and will be out to prove there's still life in the old dog yet.

Ole Gunnar Solskjaer's side travel to Pride Park for the first since 2016 when Louis van Gaal's men won 3-1 on the way to Wembley glory with a certain chap by the name of Rooney on the scoresheet.
The pair have met twice since then, with United's 2-0 third round win in January 2018 offset by a Carabao Cup KO on penalties at the hands of Frank Lampard's Derby last term.

In form United - bidding for a place in the quarter finals for the sixth successive season - have advanced from 45 of their last 46 FA Cup ties against sides from a lower division. Now under the tutelage of Philip Cocu, Derby still comfortably in midtable, occupying 13th in the second tier having already taken the scalp of Premier League Crystal Palace in the third round, then seeing off fourth tier Northampton Town after a replay to set up the United tie.

Aaron Wan - Bissaka (back) and Dan James (ankle knock) are set to miss the trip to Pride Park, with Diogo Dalot and Juan Mata likely to deputise. Sergio Romero will come in for David de Gea, with Paul Pogba and Marcus Rashford still sidelined. Defensive duo Axel Tuanzebe and Tim Fosu - Mensah may feature in Solskjaer's thinking, having both come through 90 minutes for the Under 23 side against Stoke on Monday.
Rooney will start alongside ex-Red Tom Lawrence in the Derby midfield, but former Spurs man Tom Huddlestone (calf) is still out. Academy graduates Louie Sibley and Morgan Whittaker are in Cocu's matchday squad.

On Rooney's return and the FA Cup, United manager Solskjaer said: "He (Rooney) was a fantastic player for Man United, he played here for so long, he's top scorer, he won so many trophies. Our fans still sing his name, I think everyone really appreciated what he did for us and he's still very welcome.
"The FA Cup is a huge part of this club's history, you can never, ever underestimate what it means to the fans, the players, the supporters and the club. Of course it's a trophy you look to try and win, we hope that we can go all the way, last year we got to the quarter finals but there are so many good teams around so it will be difficult for us."

There are no replays from this round onwards, so the tie will be settled over 120 minutes and through penalties if needed. The game is live on BT Sport and kicks off at 7.45pm.