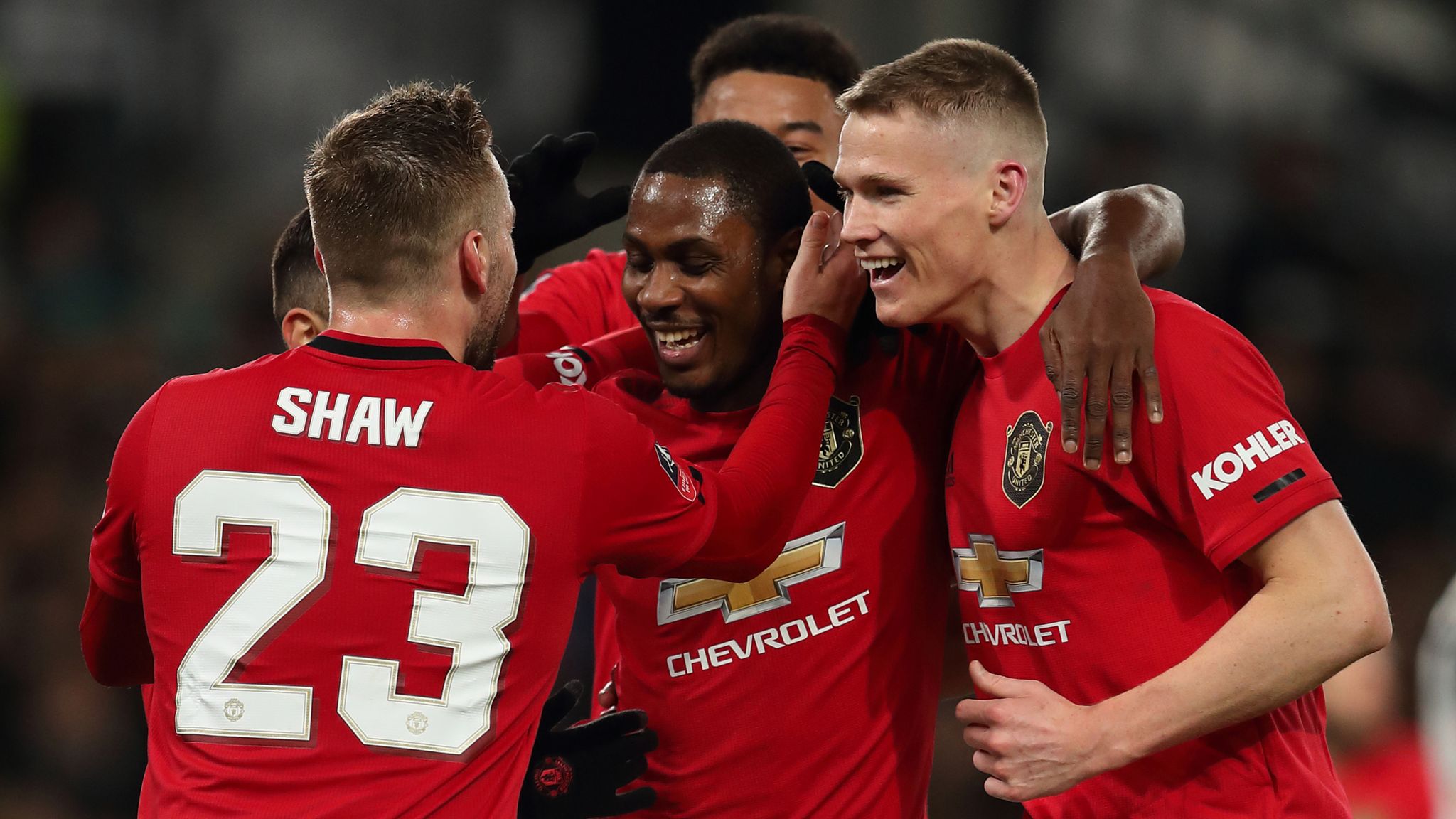 Rooney's return against his former employers dominated the lead up to the fifth round game, and despite our record goalscorer taking up a role in defensive midfield, there was flashes of his quality on show.
That aside, this was a comfortable night for Ole Gunnar Solskjaer's side against the second tier side, as in form United made it nine unbeaten and sealed our spot in an all Premier League last eight for the sixth year in a row. The Reds will travel to Daniel Farke's lowly but improving Norwich after the Canaries clipped the wings of Jose Mourinho's listless Tottenham on penalties the previous night, with the winners at Carrow Road going on to a Wembley semi final.

With one eye on Sunday's Manchester derby, Solskjaer shuffled his pack with Sergio Romero, Eric Bailly Diogo Dalot, Juan Mata, Jesse Lingard and Ighalo all coming into the side as Harry Maguire and Aaron Wan - Bissaka both missing with minor injuries. The pair are expected to be fit for the derby game at Old Trafford on Sunday.

Despite a lack of mobility and pace, the roving Rooney still remains an influence. Not only did he go close with two trademark free-kicks, he was at the heart of their two other best second half chances.

First, a sweeping 50 yard crossfield ball found Jayden Bogle, who picked out Martyn Waghorn to nod narrowly wide. Then, Rooney released Jack Marriott, but the Rams sub was denied by a smart save from Sergio Romero. Rooney almost grabbed a sentimental consolation in a final moments when his 25 yarder from a set piece was tipped over the bar by the again impressive Romero.

Kellie Roos saved from Mata at the other end, and - after Ighalo went close - the visitors took the lead shortly after the half hour mark. Luke Shaw, excellent again, started and finished the 33rd minute move. Shaw found Fernandes, the Portuguese had a shot blocked but the ball rebounded back to the full-back, he volleyed into the turf and the shot looped over Roos and in via a slight deflection off team mate Lingard - only Shaw's second ever Reds goal. Lingard was involved in United's next attack as he linked with Mata, but the Spanish playmaker failed to make the most of his opening, putting the ball wide albeit from a narrow angle.

Shaw then turned provider four minutes before the break. His driven pass found the lurking Ighalo and the Nigerian loan signing did well to drift away from Craig Forsyth and Max Lowe to finish low into the corner.

Waghorn steered a header inches wide and Scott McTominay tried his luck from distance but failed to trouble the keeper. Derby's faint hopes of a dramatic comeback were well and truly wiped out in the 70th minute through Ighalo's second and our third. The Nigerian latched onto a pass from Mata and, although his initial effort was saved, he followed up on the rebound for his third goal in five games. 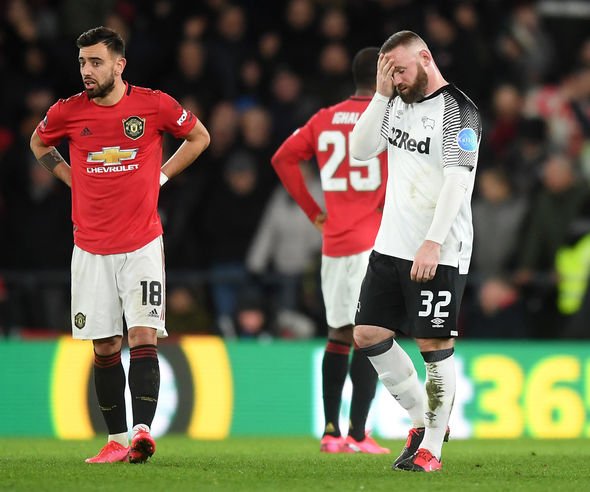 Rooney almost fired a riposte with a curling free-kick late on, but he was denied by another excellent stop from Romero and instead had to settle with a standing ovation from the 6,000 travelling Reds.

Fernandes and Fred were taken off to preserve fitness and Brandon Williams earned a late run out in place of Shaw as attentions turned to the fourth cross-town dust up of the season.

Overall team performance: 8/10
United Faithful Man of the Match: Luke Shaw. A goal, an assist and very strong all round showing
Posted by United Faithful at 01:01