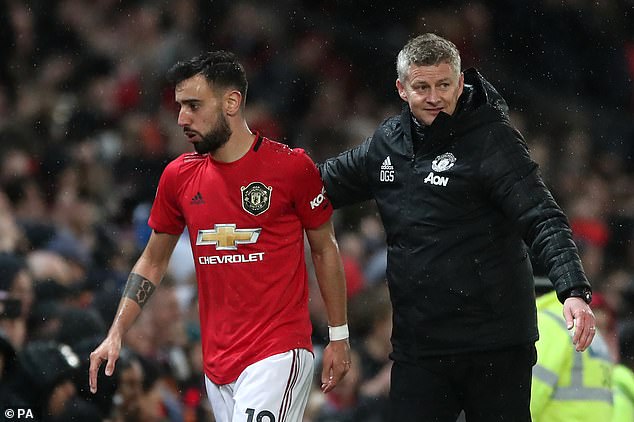 Ole Gunnar Solskjaer has been searching for a significant moment since being handed the job as United manager whilst basking in the afterglow of a caretaker manager's honeymoon period.

As he strolled down the touchline in an Old Trafford downpour at the conclusion of our 2-0 derby day win - our first league double over City since the retirement of Sir Alex - this felt a little like that moment.
In the euphoria of victory, Solskjaer's name reverberated to the rafters and it looked like the indefatigable burden of his mammoth job had, in part at least, been lightened.

It was Ole's third victory over his illustrious counterpart from across the city having beaten him twice in the league and once in the second leg of the Carabao Cup semi final. He's also beaten Frank Lampard thrice, and has got one over on predecessor Jose Mourinho, potential successor Mauricio Pochettino, Thomas Tuchel, Maurizio Sarri and Nuno Espirito Santo, to name but five, since taking charge at United. Solskjaer is one of two men to beat Guardiola three times in a single season - Jurgen Klopp is the only other manager to achieve that feat. Not bad for a "glorified PE teacher" against a man considered as the best boss in the business.
It shows, surely, that Solskjaer has something about him and the potential to become a top manager. His ill-fated spell at Cardiff has become a stick to beat him with, but it was an anomaly and no one could have saved them that season. He was a victim of circumstance. Isn't learning from your mistakes and improving yourself as a person because of those mistakes part of life?

Despite his impressive record against the best managers, Solskjaer has struggled as much as his side to convince the sceptics this season, as one of football's heavyweight superpowers have lurked on the margin of the league's top four.
And yet, with a ten game unbeaten run and the shrewd addition of a player who looks genuinely top class in Bruno Fernandes, Solskjaer might be, at last, finally starting to dispel those doubts. Where are the Ole outers now? The critics and those calling for Solskjaer's head a few weeks ago? Conspicuous now by their absence.

The Reds have a favourable draw against Austrian minnows LASK in the last 16 of the Europa League, travel to Premier League basement boys Norwich in the FA Cup quarter finals and now sit only three points behind fourth placed Chelsea and five behind Leicester in third. We can't... can we?

That's all well and good but, whether you think its fair or not, the fact is that United managers will eventually be judged on bridging the gap to any potential title challenger. For context, we're 37 points behind Liverpool as Klopp's men walk to their first title in 30 years. At some point, if not for a good few years yet, Solskjaer will be required, and probably expected, to at least reduce that gaping chasm. 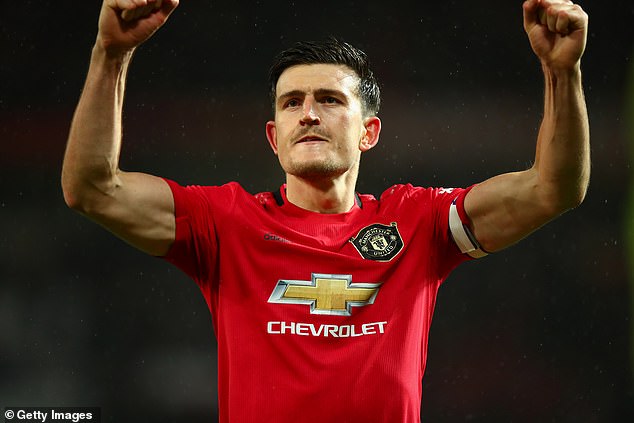 For now, though, there has been a major shift in mood and momentum inside Old Trafford. Not since that dark January night against Burnley have United been beaten, and the 6-0 win over Tranmere - which Ole went into under serious pressure - kick started this run. It's our best streak since Solskjaer's initial appointment as interim manager, 446 days ago.

That golden run of form may have, temporarily at least, returned us to the halycon days of yesteryear but it proved yet another false dawn as United subsided to finish the season in sixth and with two wins in 15 games. History cannot repeat again this time, we have to kick on and can't allow an identical situation where we lost total momentum and focus.

Solskjaer's cause has been helped by three pieces of shrewd individual recruitment - the lack of which has been the one biggest failing since the Glazers took over the club in 2005. Aaron Wan - Bissaka looks a magnificent signing for now and the future. He won his battle with Raheem Sterling again and has had a colossal debut season since joining from Crystal Palace.
Alongside him in the middle, Harry Maguire has had the impact we all hoped for and has played in part in United's defensive fortitude, being part of a defence that's conceded only two goals in those ten games - statistically the joint second best in Europe.

At the heart of it all is Bruno Fernandes, the 25-year-old signed from Sporting Lisbon for £47m, a fee that could eventually rise to 67m with add ons. No matter the eventual cost, he's making it look like a steal. A focal point, a game changer, a talismanic figurehead and a match winner. Fernandes has added the X Factor to an already potent attack that was being hindered by the lack of a viable number ten.

No wonder Ole was smiling as Old Trafford sang his name to the rooftops as he revelled in another derby victory that was relished just as much by United's magnificent Red Army.
The final judgement on Solskjaer's first full season in charge must be reserved and shaped during these final weeks - but this may just have been his best day in charge of United.
The day that could be looked back upon as a turning point for the Norwegian.

Posted by United Faithful at 07:32