United star surprisingly named in Team of the Season

Manchester United's Bruno Fernandes has been named in the Premier League team of the season.... despite playing only five games. 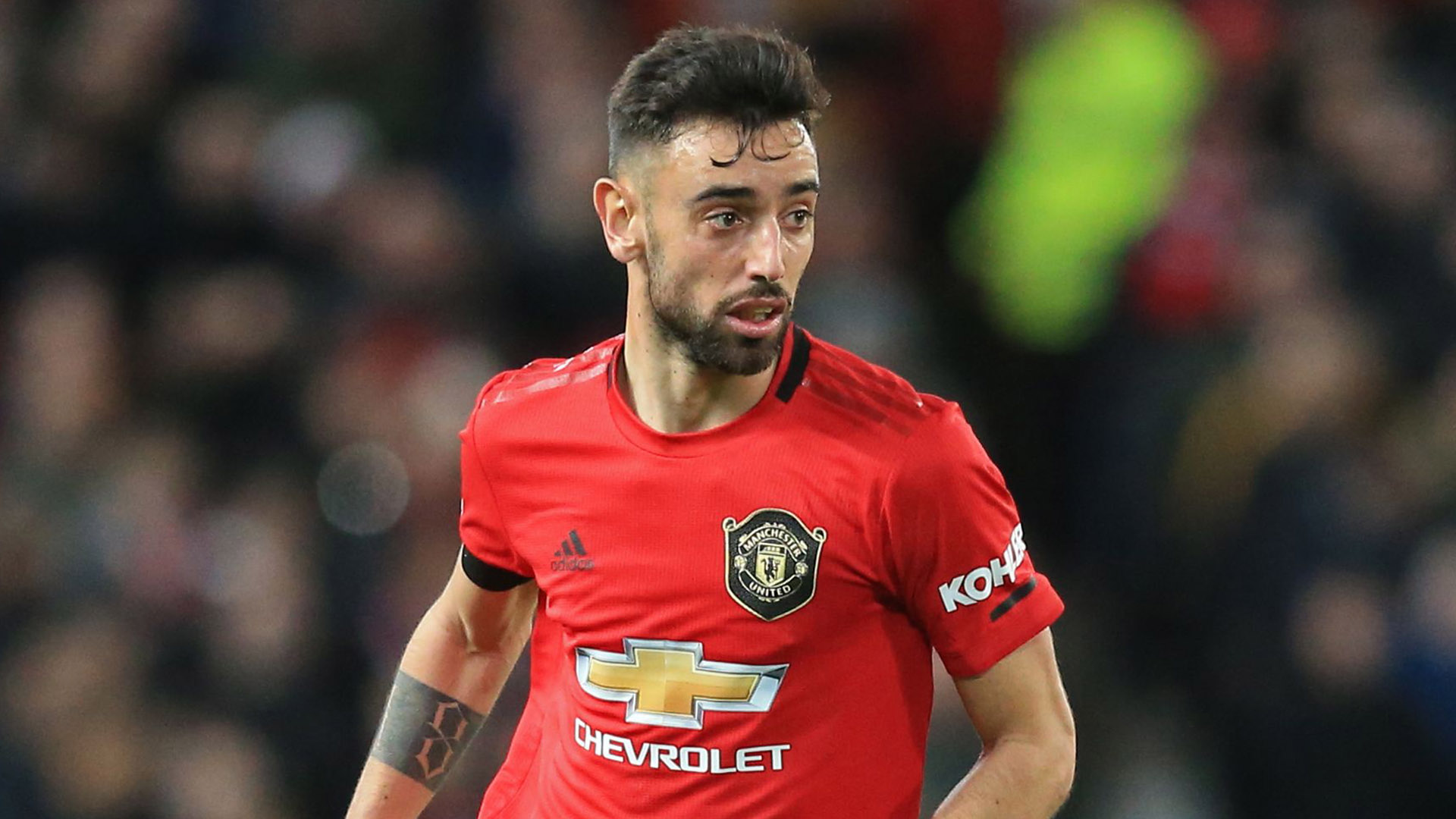 Quick impact is rewarded and nothing beats raw talent. That certainly seems to be the case for our Portuguese magnifico, with his inclusion in the team raising eyebrows despite his impressive start to life at United. There can be no denying the impact Fernandes has made - with two goals and three assists in those five games - but surely it makes a mockery of rewarding sustained brilliance of an entire league season.
It's like me getting employee of the year for working my backside off despite only being present at work for two months - the other people in the workplace wouldn't be too enamoured!

Fernandes became the only United played in an XI which was, as you'd expect, heavily dominated by Liverpool players. Seven of Jurgen Klopp's champions elect make the cut, a sickening but unsurprising sight with the season halted amidst the deadly grip of the Covid 19 pandemic. The BBC conducted a fan's vote to come up with the XI.  Fernandes gets in ahead of Leicester's James Maddison and Villa's Jack Grealish - both have been linked with Old Trafford moves and the young England duo can count themselves unlucky to miss out. Leicester's Wilfried Ndidi and Chelsea's Mateo Kovacic have also both been consistently if quietly impressive at the heart of their side's respective engine rooms.
What is even more eye-raising about Fernandes inclusion is that he didn't get the pre-requisite half a season of playing time that a winter arrival would usually get before being awarded such an honour. This, perhaps more than anything, speaks volumes about the difference he has had. If only we'd signed him in the summer.

He is a player to be very excited about and we can't wait to see him in action again when football finally resumes. I struggle to think of a player I've seen who's had such a huge impact in such a short space of time. 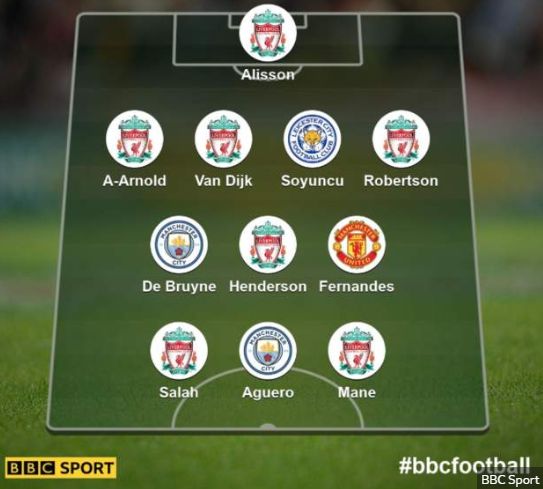 Liverpool captain Jordan Henderson has been named the Player of the Season (another contentious one) but there is no place for top scorer Jamie Vardy or last year's Golden Boot winner Pierre - Emerick Aubameyang - second in the scoring charts this time  around - with Manchester City's Sergio Aguero preferred to the pair.
Henderson is joined by several of his table topping team mates, with goalkeeper Alisson, full-backs Trent Alexander - Arnold and Andrew Robertson, centre-back Virgil Van Dijk and forwards Sadio Mane and Mo Salah all getting the nod. Aaron Wan - Bissaka is unfortunate to miss out with the United man having had a sizzling, sensational debut season at Old Trafford.
Elsewhere, Leicester centre back Caglar Soyuncu has been voted in alongside Van Dijk after a fine campaign for the high flying Foxes. Kevin de Bruyne completes the team.

Posted by United Faithful at 01:55