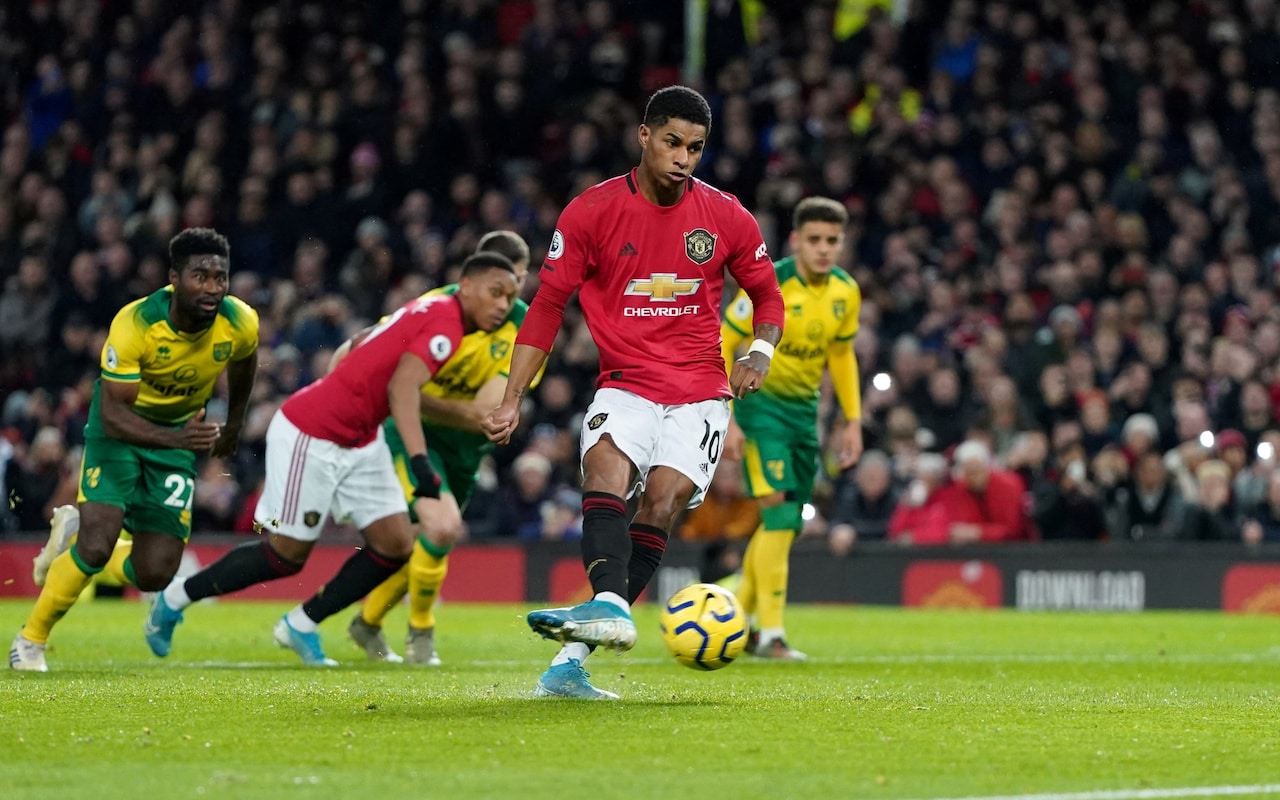 Ole Gunnar Solskjaer's in form United - fresh from a vital victory over the 'other' United of Sheffield on Wednesday (yes, ON Wednesday not Sheffield Wednesday) - travel to struggling divisional rivals Norwich as red hot favourites for a place in the last four.
One win from Wembley and bidding for a fourteenth match without defeat, but nothing can be taken for granted though as Daniel Farke's Canaries will view this as a free hit and a chance to forget about their ever diminishing survival hopes. The tie will be decided on the night with no replays and penalties if required.
With United in the throng of a tense four-way battle for the Champions League and a trip to Brighton - our fourth game in twelve days - only 48 hours later, a raft of changes seem inevitable.
Solskjaer became the first manager in history to make a quintuple substitution against the Blades in a bid to keep his squad fresh and give several squad players a run out - taking off Bruno Fernandes, Anthony Martial, Marcus Rashford, Mason Greenwood and Paul Pogba.


Jesse Lingard is fit again after a short illness and is set to feature with the likes of Eric Bailly, Juan Mata, Mason Greenwood, Odion Ighalo and Diogo Dalot also in contention. Centre backs Axel Tuanzebe and Phil Jones are United's only absentees.
Grant Hanley, Christoph Zimmermann and Sam Byram are all sidelined for Farke's men, but Teemu Pukki could return having been on the bench against Everton last time out. Marco Stiepermann was also a substitute in that game, hinting at potential involvement here having recovered from a positive Covid-19 test.

Norwich had shown shoots of recovery prior to lockdown, with the Canaries scrapping to a 1-0 win over high flying Leicester in the league and knocking Spurs out of the Cup on penalties to set up the United tie. Successive home defeats to Southampton and Everton, however, have left the Canaries rooted to the foot of the table, six adrift of safety with seven games left.

Solskjaer said: "The FA Cup is a fantastic tournament and it's a wonderful final to play in and be a part of. It's a fantastic trophy to lift, for our team, a new, young team, to win our first trophy or title could be fantastic. Hopefully it would be a catalyst for things to come. We are very focused and ready to do our best and get through to the next round - then, hopefully, even better, the final.
"At the moment we have to look after our players. Rotation, we played Wednesday, Saturday, Tuesday and then another Saturday game again, so there will be a few changes but if you want to be part of a winning Man Utd side then there has to be changes. That's the situation we're in, we all agreed on trying to finish the season and we're going to do our best to put on good performances and make sure the players are safe."

United have been miserly during their run to the quarter final, yet to concede a goal in four ties ahead of the trip to Carrow Road. Having edged out Wolves in the tightest of tussles after a replay, Solskjaer's men thumped Tranmere Rovers and division lower Derby 6-0 and 3-0 respectively to move into the last eight for the sixth successive season. The Reds last won the trophy in 2016 under Louis van Gaal through the aforementioned Lingard's stunning volley against Palace deep into extra-time. The Reds lost 1-0 to Chelsea in the corresponding showpiece two seasons ago.
Norwich meanwhile prevailed over Preston (4-2), Premier League rivals Burnley 2-1 and that KO of Spurs on penalties after a 1-1 draw at White Hart Lane.

The quarter-finals will feature an all Premier League line up for the first time since 2005-06, with Norwich against United the first of the ties, to kick off at 5.30pm on Saturday. Arsenal travel to Sheffield United, Leicester City host top four rivals Chelsea and deposed champions Man City make the trip to Newcastle for a place in the semis on Sunday.

The draw for those semi finals takes place at half time at SJP with the Reds (or Norwich) ball number 3.