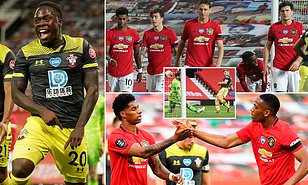 The Reds, despite being below par, had looked on course to leapfrog top four rivals Chelsea and Leicester after Marcus Rashford and Anthony Martial had turned a 0-1 deficit into a 2-1 lead.

But this Saints side are made of stern stuff and were never out of the game. In truth, they deserved a draw and could even have won it had David de Gea not made a brilliant late save from Nathan Redmond.
Despite the setback, United's Champions League hopes remain firmly in their own hands with the twin scenarios of either three wins or two wins and a draw from the remaining games enough to secure either that third or fourth spot. Nothing has really changed but this was a huge opportunity to apply pressure on the sides around us and take a huge step towards that European spot. With the news of Manchester City's ban being overturned earlier in the day, we now know that fifth place won't be good enough. United are firmly on a collision course with Leicester City with the two sides meeting on the final day in what could be a straight shootout for the final place.

Stuart Armstrong had headed Saints in front in the twelfth minute when Danny Ings dispossessed Paul Pogba and found Redmond. He in turn moved the ball on to Armstrong to turn the ball beyond De Gea at the far post. Kyle Walker - Peters and Ryan Bertrand were causing problems from full-back and got in behind United on more than one occasion but the Reds reacted well to the danger.
United responded quickly and equalised through Rashford, who swept home at the culmination of a quick counter attack from a Martial pass before Bruno Fernandes picked out the Frenchman to fire in a stunner - his 21st goal of an increasingly prolific season.

Rashford had a goal ruled out for offside and Alex McCarthy saved from Fernandes, but the clinical touch that has become United's trademark strangely deserted us.
Too many players had an off night, exemplified by Pogba's below par showing in which the midfielder - so impressive of late - looked ponderous, nervous and struggled in the face of Southampton's well organised and highly energetic style.
Then came a major talking point that has gone largely unnoticed. Mason Greenwood picked up the ball and turned only to be scythed down by a challenge from Oriol Romeu. Replays showed the Saints man had not gone for the ball, his studs were up and his boot made contact with the back of the United youngster's calf. Romeu was fortunate to escape censure with referee Chris Kavanagh not even deeming the challenge worthy of a yellow card - why didn't VAR look at it? 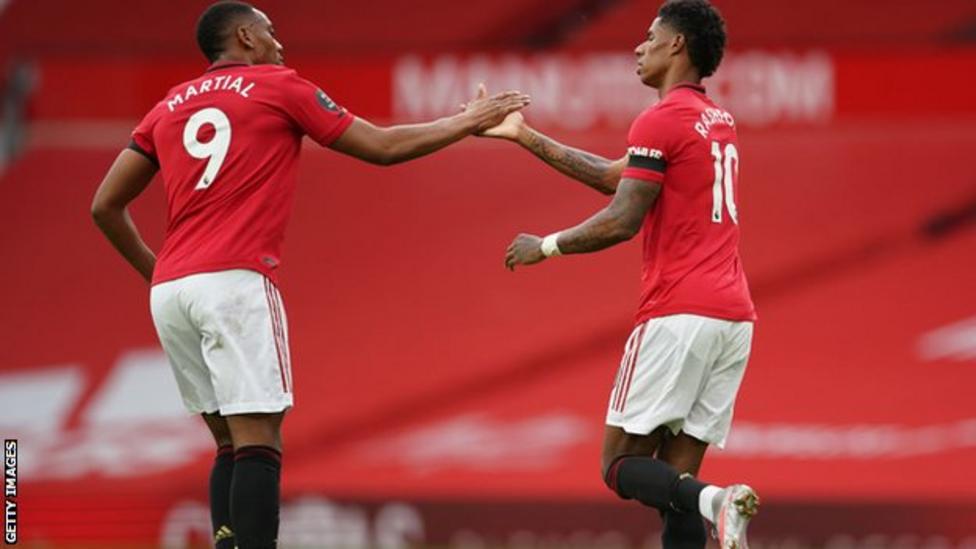 Rashford flashed a shot wide and had another effort cleared off the line by a lunging Bertrand, with Martial thwarted at the last by Jan Bednarek after a stunning solo run.

De Gea tipped over from Redmond and in-form Ings was narrowly off target, as Southampton - on the back foot for most the match - stubbornly remained in the tie. The match arguably turned on the injury to sub Brandon Williams, whom sustained a nasty head injury in a collision with Walker - Peters. Despite having only made four of the allotted five subs, United manager Ole Gunnar Solskjaer was unable to make that fifth change as new rules only permit a team to introduce replacements in batches of three - in this case on 64, 75 and 84 minutes.

That meant that Nemanja Matic dropped to centre back with midfielder Fred filling in at left-back as a makeshift side limped through the final few minutes.
But there would be more drama to come as a Saints corner wasn't dealt with by United, Bednarek flicked the ball on and Obafemi bundled it in at the back post.

A disappointing night but United's fate remains in our own hands with three league games to go and another tricky test at Crystal Palace on Thursday.

Overall team performance: 6/10
United Faithful Man of the Match: Anthony Martial - an assist, another goal and a brilliant all round display