A rampant and red hot Manchester United temporarily moved into the top four after a five star showing against Eddie Howe's struggling Cherries.

Ole Gunnar Solskjaer's side survived an early scare after Junior Stanislas had given the relegation threatened visitors a shock lead at Old Trafford after fifteen minutes. 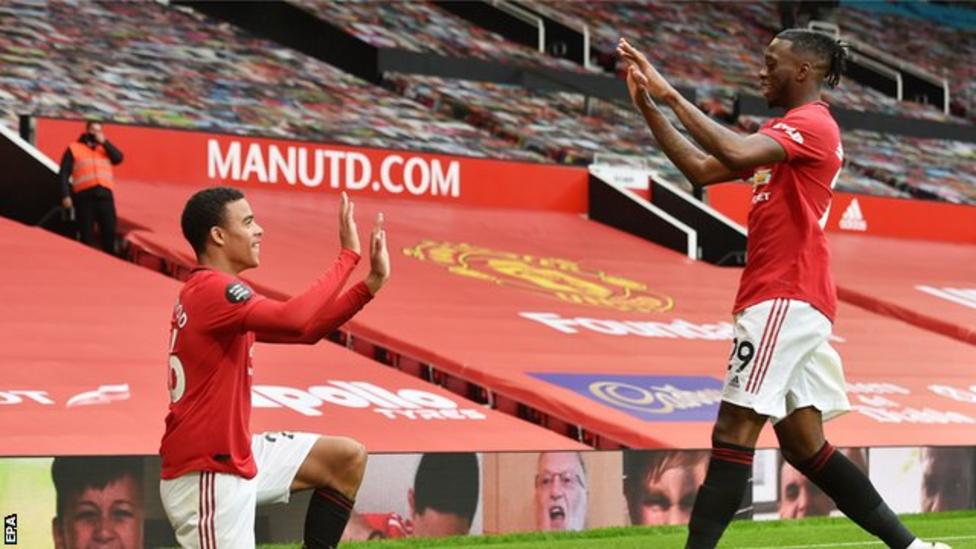 A year or even six months ago, that might have spelt catastrophe for a fragile and feeble United side, but this Reds side is made of sterner stuff and United hit back in style.

Mason Greenwood continued his hot streak with another stunning finish and a Marcus Rashford penalty - his 20th goal of the season - completed the turnaround. Anthony Martial's screamer, a goal of the season contender, brought up his 20th too before Josh King once again had United sweating.

Greenwood restored the two-goal advantage and Bruno Fernandes then completed the rout with a trademark free-kick on the hour mark. In truth, United could have won by more if not for several top stops from Cherries keeper Aaron Ramsdale, but our front three now have 54 for the season, three more than Liverpool's much-vaunted triumvirate of Mo Salah, Roberto Firmino and Sadio Mane.

Solskjaer named an unchanged side for the third league game in a row, something that hasn't happened at United since 2006, with his side unbeaten in 16 and confidence coursing through their veins.
Howe's side clearly had not read the script though, as Bournemouth capitalised on a slow United start to take a surprise lead. Stanislas collected the ball after Victor Lindelof had missed a header, before he outfoxed Harry Maguire with a nutmeg and cracked home at the near post beyond David de Gea, whom should have done better.
Ramsdale denied Rashford but United responded swiftly and had levelled another fifteen minutes further on. It was another assist for Fernandes, driving at the visitors backline before he squared to Greenwood. The 18 year old took a touch and thumped home an emphatic finish - even if Ramsdale will feel he could have kept it out.
Five minutes later and United lead when Matic's lofted pass was handled by Adam Smith and Rashford made no mistake from 12 yards.
Martial then got in on the act with a stunning 20-yarder to move United further ahead and complete a stunning turnaround that left Bournemouth gasping for air.
Despite their lowly league position, to their credit the Cherries did not completely crumble and came back again. Half time sub Eric Bailly was adjudged to have handled - somewhat harshly as replays showed the ball hit his shoulder - and former Red King halved the deficit and reignite a thrilling, action packed contest. 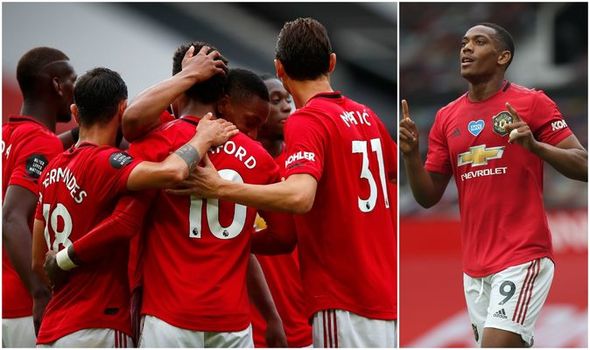 De Gea and Maguire then erred again, inadvertently allowing Danjuma to get a shot in and score an apparent equaliser, only for the Cherries sub to be flagged offside.
De Gea redeemed himself with a good save to keep out Stanislas, but with United wobbling, Greenwood stepped up to settle the nerves again with another ridiculous finish. Out of nothing, he collected the ball on the halfway line, took on Diego Rico and slammed a right-footed effort back across goal and in.

Having already claimed an assist and earlier gone close himself, Fernandes soon got in on the act with an excellent 25-yard free kick, even if VAR had to check for a possible offside in the wall against Matic.
The action was relentless as Rashford had a goal ruled out at the culmination of a flowing move, moments after Bournemouth had gone close at the other end through Jefferson Lerma.
Pogba headed wide and Ramsdale saved well from the Frenchman, Luke Shaw, Fernandes and substitute Fred as rampant United showed no let up in their search for a sixth.
Not since a Boxing Day romp against Wigan in 2011 had United managed that, but - on this evidence - the wait might not be so long.