Manchester United: Reflections on a season like no other 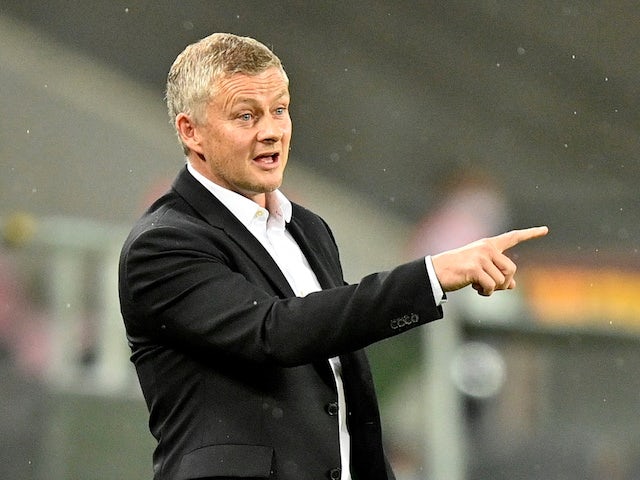 Manchester United's marathon, 61-match and 371-day season came to a shuddering halt with a cruel Europa League KO at the hands of Sevilla in the semi finals. As the dust settles on 2019-20, we take a look at the highs and lows, the ups and downs, the triumphs and the disappointments.

In a campaign like no other, a season of the like we've never seen before nor will ever see again, it capped a typically turbulent but ultimately successful season for United. Whilst the pain of that defeat will linger for a while, Ole Gunnar Solskjaer achieved his primary objective in his first full season at the helm - to make Manchester United a Champions League club again. Anything else would have been a bonus.
United did not just make the top four, they came in the top three, after a stunning run of form, inspired by new signing Bruno Fernandes. 14 points behind third-placed Leicester after 24 games, United overhauled the Foxes at the last thanks to a nerve-shredding final day victory at the King Power. The unfancied Reds were a country mile behind the top two, but, having come into the season with no expectations, third was probably the best we could have realistically hoped for. The Reds had faded badly in the closing weeks of the previous season to find themselves adrift of the top four and set for another season in the Europa League, the impact of Solskjaer's honeymoon period of his caretaker stewardship having well and truly fallen by the wayside.
Despite the fact we had no expectations, belief was only heightened when United kicked off their season - on the 11 August 2019 - in spectacular fashion. Bolstered by new signings Aaron Wan - Bissaka and Harry Maguire, with fellow new addition Dan James waiting on the bench, the Reds tore into Chelsea as Solskjaer outmanoeuvred fellow rookie Frank Lampard on his way to a 4-0 win, albeit one that slightly flattered United. There wasn't a dry eye in the house when James came on to rubber-stamp the rout a matter of days after the death of his father.
It was a result that was to prove something of an anomaly as the Reds had seemingly used up their goal quota in those 90 minutes. Not until December would the team find the net more than once in a league game - by then we had dropped as low as 14th in the table until victories at home to Brighton and at struggling Norwich (sandwiched by a defeat to Bournemouth) lifted us to the dizzying heights of seventh.

Meanwhile, the Reds had started their Europa League campaign in style, winning three of their first four games to move top of a group containing AZ, Partizan and the unknown quantity of Astana. The name Mason Greenwood had been one on the lips of every Red for some time, thanks to his red-hot form in the United reserve team. But this was to be the season when this generational talent would make himself a household name, scoring his first senior goal against the Kazakhs (becoming our youngest goalscorer in European football), and grabbing another against Partizan. He would find the net again in our last game in the group, a 4-0 win over the Dutch side, sending United through as group winners. Greenwood scored his first league goal in a see-sawing thriller at Bramall Lane, with his movement, technique and dead-eye ability in front of goal inevitably drawing comparisons with Robin van Persie.
The first seminal moments of the season came inside four days in December, when an inconsistent United side found themselves faced with their former manager - newly appointed Spurs boss Jose Mourinho - and a visit to the champions City. Solskjaer, a man under increasing pressure, needed to avoid defeat in both, ideally win both, to stave off the prospect of losing a job that had been his zenith. Win them both we did - 2-1, in our finest pair of performances so far. Spurs were vanquished through the left peg of Marcus Rashford before City subsided in the wake of a United showing for the ages. A counter-attacking masterclass left our derby rivals black and blue, on a day when this emerging young United side came alive. It was arguably the best display and result of the post-Sir Alex Ferguson days.
The win at the Etihad moved United up to their highest position of the season, fifth in the table, with the games coming thick and fast as the festive period approached.
Wins over Newcastle and Burnley kept United in touch upon the turn of the year, but the Reds started the 2020s with a soporific defeat at Arsenal before further losses against Burnley and runaway leaders Liverpool cranked up the pressure on Solskjaer once again. You would have been hard pressed to believe those twin defeats would be our last of the season in the league. Cometh the hour, cometh the man.
On 30 January, United completed the signing of Bruno Fernandes from Sporting Lisbon in a 47m switch. It would be a transfer that would change the entire complexion of the campaign and have a catalystic effect not seen at Old Trafford since the arrival of Eric Cantona.
With the new man in tow, United cruised through the early rounds of the FA Cup and began to build an ominous momentum in the league, completing the double over Chelsea and putting Watford to the sword. Then came the high point of the season, as the Reds completed another double - this time over Pep Guardiola's soon-to-be-deposed champions, with Scott McTominay's injury time clincher conjuring up the best scenes Old Trafford had witnessed for years.
But the country then turned attention to matters far, far more important than football as a new virus from China called Covid-19 took its deadly hold. The outbreak would soon be labelled as a pandemic, and life as we knew it stripped away piece by piece. The Premier League was suspended in March as we all focused on staying safe, staying inside and simply getting through each day. With the killer virus costing the lives of thousands on a daily basis, football couldn't have been further from our minds.
Talk of the season being declared null and void proved just that and, in early May, the season was given a restart date of 17 June - traditionally a time when clubs and players are on their summer holidays. The remaining 92 games would be crammed into five weeks over 39 days. Five subs, no fans, sterilised match balls, individual travel and a strange new world of social distancing - this was football like never before. No pub, no away days, no meeting up with friends, none of the traditional rituals that makes the game so special for match going fans, instead having to resort to watching from afar.
United would only drop six more points - to Spurs in their first game back, then Southampton and West Ham in the last two home games of the season. Cutting a swathe through the league, United turned on the style to storm through their rivals and surge to a top three finish, inspired by the magnificent Bruno Fernandes, and the explosive dynamism of a Marcus Rashford/Anthony Martial/Mason Greenwood triumvirate which outscored even champions Liverpool's much vaunted front three.

Manchester City had won the first silverware of the new season with victory over Villa at Wembley in the Carabao Cup final, having squeezed past a pre-Fernandes United side over two legs in the semis (3-2 on aggregate). No disgrace there. It meant that Solskjaer became only the second manager to defeat Guardiola three times in the same campaign, a feat he also achieved against his old foe Lampard, knocking out the Blues in the fourth round en route to the last four. Speaking of which, the pair would meet again in the delayed FA Cup campaign, this time at Wembley with a chance for both managers to reach their first finals. Lampard would prevail on this occasion, knocking Solskjaer's United out with a large helping hand, literally, from the error strewn David de Gea. The Reds quest for a 13th cup would be put on hold for another year. So too would Chelsea's opportunity for silverware with the Gunners of Arsenal running out 2-1 victors in the showpiece.
And so to the Europa League. Having come through against Club Brugge and the Austrians of LASK (6-1 and 7-1 on aggregate, respectively), United's remaining ties would be played over one leg at a neutral venue in Germany after UEFA announced plans to finish the watered-down version of an otherwise lengthy competition. You don't need me to tell you how it would end for us. A year and five days after starting their season, United would finally end it by agonisingly falling short - again - at the semi final hurdle, becoming the first English side to lose three semi finals in three separate cup competitions in the same season.
There were some fine individual performances - Anthony Martial and Marcus Rashford had their best scoring seasons, Aaron Wan - Bissaka had a fine debut campaign whilst Luke Shaw and Nemanja Matic both had a renaissance. Greenwood and Brandon Williams were the breakthrough Academy stars and the impact of Fernandes was far more significant than anyone could have predicted. United's defence improved considerably, so did their record in front of goal in a season of undeniable progress, both individually and as a collective. Martial ended as top scorer, the 23-goal striker finishing one ahead of an impressive Rashford, whom enjoyed the best season of his young career. He, Martial and Greenwood hit 62 between them, with Fernandes claiming a remarkable 23 goal involvements in 22 games. This was a season that will stand Manchester United in good stead.
2020-21 will be here before we know with only a few short weeks to recover and draw breath before the new season kicks into life again. United will be given a delayed start due to their European exploits, but we can't wait to find out what this one will bring. Up the Reds!
Posted by United Faithful at 07:02
Labels: features, opinion