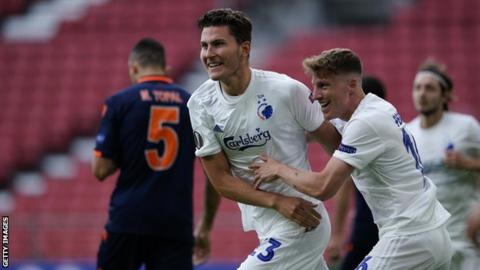 Manchester United will face the Danes of FC Copenhagen in the quarter final of the Europa League in Cologne on Monday with a place in the last four at stake.

The two sides lock horns for the first time in 14 years but what do we know about the Danes? How have they fared? Who's their manager? Which key players do we need to watch out for? Let's take a look at the men from the City of the Spires.

Having won a thirteenth Danish Superliga title in 2018-19, Copenhagen qualified for the Champions League but were knocked out at the penultimate play-off hurdle by Latvian Baltic rivals Riga, 3-2 on aggregate. That put them into the second tier Europa League, where they successfully negotiated a group including Dynamo Kyiv, The Bridge derby rivals Malmo and Swiss side Lugano.
Second to champions-elect Midtjylland domestically, FCK looked impressive against Neil Lennon's Celtic in the round of 32, before powering past Istanbul to set up a first ever continental quarter final.

The two sides met back in 2006-07 when Copenhagen - group stage debutants - went down 3-0 to United at Old Trafford when Paul Scholes, John O'Shea and Kieran Richardson scored. Marcus Allback, once of Aston Villa, returned the favour in the Danish capital with a 1-0 win, in which a certain Ole Gunnar Solskjaer started up top for the Reds.
Speaking of Ole, the United boss will go head-to-head with his experienced compatriot Stale Solbakken, back in charge at FCK for a second stint.
Solbakken led Copenhagen to that famous win over us and he will be looking to plot the downfall of his more exalted countryman for a second time. He is not a complete unknown to English fans with the Norwegian having suffered an ill-fated spell in charge of Wolves during the 2011-12 season before returning to the Parken Stadium two years after his departure.

Former Hull and Sunderland forward Dame N'Doye now plies his trade with the Danes, with the Senegalese international by far their most dangerous player. Having returned to the club for a second time in 2018, N'Doye continues to impress despite his advancing years. Now 35 years of age, N'Doye's 120 goals in 200 games have come at a ratio of one every other game. Joint top scorer in the league, N'Doye will be the main threat to United's defence on Monday. There are other players to watch out for such as their leading scorer, the Cypriot international Pieros Sotiriou and ex Middlesbrough man Viktor Fischer.
Winger Rasmus Falk has consistently been at the heart of things for FCK this term, with the right-footed winger a real threat cutting in from the left and is more than capable of both scoring and creating goals.

Copenhagen play at the Parken Stadium, a ground with a capacity of 38,065 for football but more than 50,000 for the various concerts that have been held there - including Take That, Beyonce, AC/DC and the 2001 Eurovision Song Contest. The stadium is also the home of the Denmark national team, but of course United won't be visiting it this time with Monday's quarter final to be played in neutral Germany. The Parken Stadium will also be a host venue for the delayed Euro 2020 tournament. 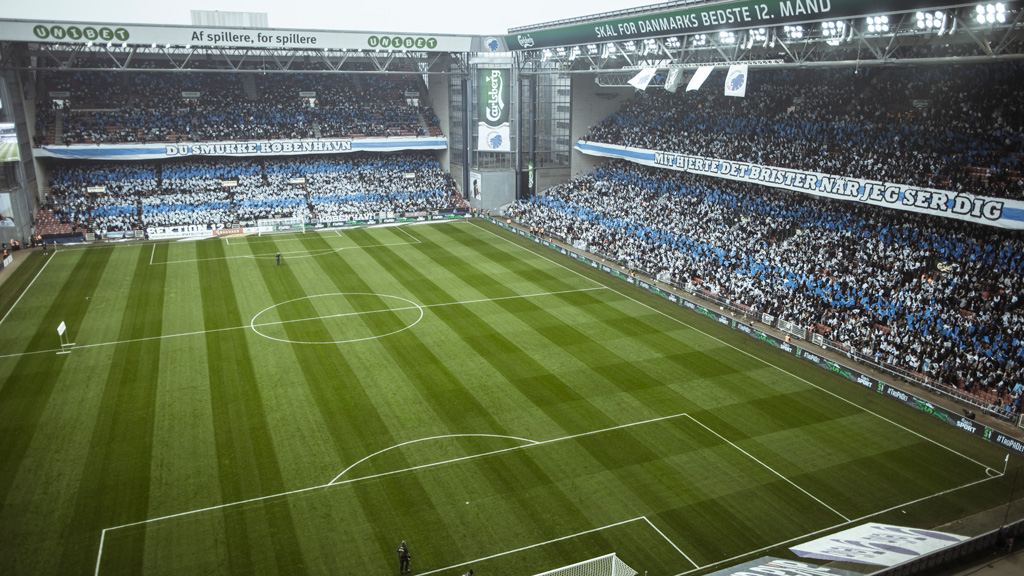 United are currently the favourite for a second Europa League title in four years, but any opponent in a European quarter-final cannot be taken for granted. Although there is no requirement to win this with the Reds having already sealed Champions League qualification, it would be a nice bonus to get some European silverware and secure a first trophy under Solskjaer. The winners of Monday's tie would face Wolves or Sevilla in the semi final.