How on earth did Manchester United pull that one out? 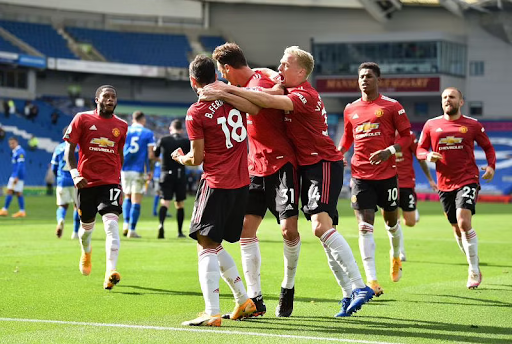 48 hours on from the incredible drama at The Amex, how on earth Ole Gunnar Solskjaer and Manchester United won this incredible match I will simply never know.

Not even Sir Alex Ferguson and his iconic Fergie time did anything like this - a high wire act that matched even Harry Houdini's greatest feats of escapology.

It was a match in which United were distinctly second best for long periods, yet by staying in the game, showing resilience, digging in and with a huge slice of luck on the way, the Reds secured a first victory of the season.

A penalty awarded in added time in added time - with Brighton cruel victims of the very harsh new handball laws - after the hosts had struck late on to seemingly earn a share of the spoils and leave Solskjaer's side with one point from two games.

Even by Manchester United's standards, a club that thrives on late drama and redefining logic, this was astonishing. Brighton can count themselves extremely unlucky not to come away with even a point. A draw was the very least Graham Potter's lively and energetic Seagulls deserved for their effort and enterprise.

Brighton rattled the woodwork five times - Leandro Trossard on three occasions, Lewis Dunk and Solly March - and looked to have pilfered a precious point when the latter steered home a cross from substitute Alireza Jahanbakhsh in the fifth added minute.

But the Reds won a late corner from which Harry Maguire headed onto Neil Maupay's arm seconds before the final whistle. VAR brought the play back and Bruno Fernandes does what he did best to slam the ball high into Mat Ryan's net and win the match in the 100th minute. Under the new handball rule, one that's already dividing opinion, the referee Chris Kavanagh had to give it. Brighton will feel the corner should never have been awarded and the whistle should have come as soon as the game restarted after March's goal. United therefore technically became the first team ever to win a match AFTER the final whistle.

From the despair of surrendering two points to grabbing them back at the death - not quite victory from the jaws of defeat but not too dissimilar. Did I celebrate? You bet I did. If you didn't then football isn't the sport for you. No it wasn't pretty, no United didn't deserve the win but we got it in a manner that boiled the piss of opposition fans everywhere in vintage United style. Pure shithousery of the highest order. You love to see it.

We had two goals ruled out, Brighton were awarded two penalties - one of which was overturned - and there were so many incidents we could be here all night. It's not often I'm speechless - especially when United are the main topic - but on this occasion, words alone do not this extraordinary thriller justice.

Having shown how good we can in the 3-0 win at the same ground three months ago, United fell some way short of that on Saturday, but were better than the shambolic mess we saw against Palace last week. Then again, it would have been difficult to have played any worse. The loss was further fuel to the critics who feel Solskjaer is ill-equipped to get the best out of a talented squad. Despite only being our second game of the season, a defeat on Saturday to another supposedly inferior side would only have increased the volume of negativity. It speaks volumes that this chaotic and very fortunate win is seen as a step forward.

The response to March's late goal was pleasing, the fact that United managed to mount one last attack and still push for a victory that had been snatched away, promising. The spirit, never say die attitude and sheer bloody mindedness that we saw so often last season is still alive and well. That's the good news. United can at least point to a fighting spirit, depth of resolve and signs of sharpness returning to the legs.

United's defence still looked shaky, Anthony Martial was on the periphery and the midfield, despite being packed with the quality of Bruno Fernandes, Paul Pogba and Donny van de Beek et al, lacked the cohesion of last season. There remains a huge disparity in quality between our first XI and the bench, a problem that cost us last season and will probably do so again. 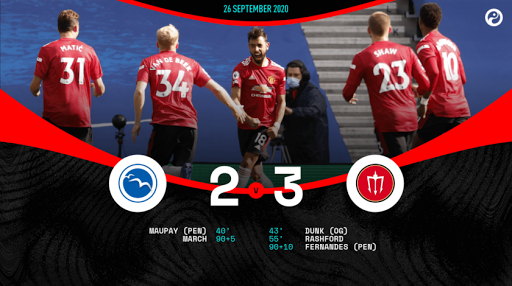 The Reds travel to Brighton again on Wednesday in the League Cup with a side that will be very different from this one. If that game is even half as exciting, then we're in for another thriller.