It was a transfer concluded quietly, quickly and efficiently - words that can hardly ever be associated with Manchester United's dealings in the transfer market. 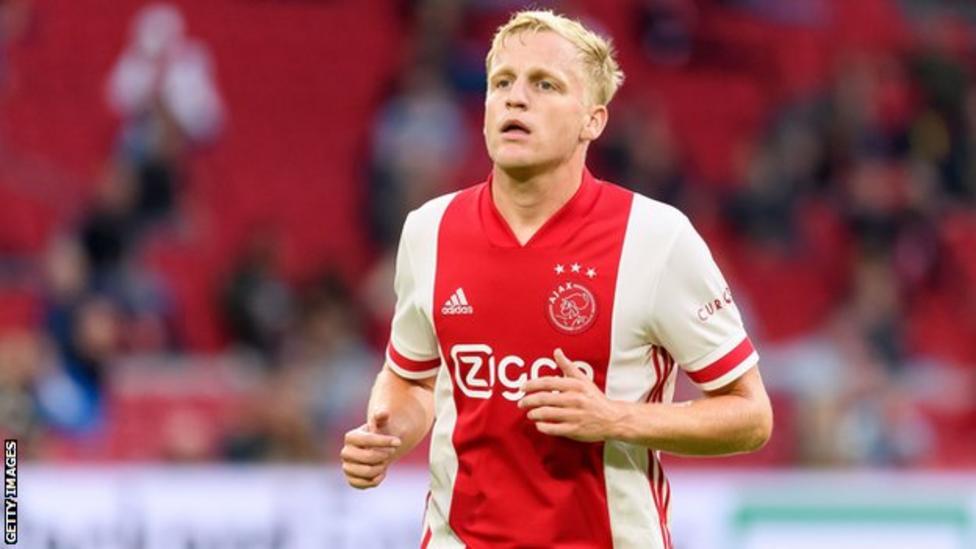 United and this board have a reputation for bumbling along and bungling up when it comes to negotiations, but this was done in a very un-Reds like way, with a minimum of fuss and concluded in a matter of days. Confidently, competently and quickly. Exactly how it should be. What is this - Manchester United making a sensible, clearly thought out, value for money signing in double quick time. What a time to be alive.

Yet so it proved when it came to the signing of Donny van de Beek, a signing that none of us saw coming and one that came from nowhere. United had been monitoring the Dutchman for some time
, but - although Real Madrid had been in for him last summer - all the talk surrounding Jadon Sancho's potential move to Old Trafford meant this one caught us on the hop. Sancho remains United's number one target but talks have stalled over the size of the fee. Aston Villa's Jack Grealish was another option, but the west Midlands side wanted up to 85m for him. van de Beek is a cheaper, younger and better alternative to the claret and blue captain.

van de Beek has signed for United on a five year deal for a fee of £35m, rising to £40m in add ons as he becomes our first summer buy.

Regarded as one of the hottest properties in the game, van de Beek rose through the ranks of the Amsterdam giants, becoming a key cog as an exciting young Ajax side took Europe by storm, surprisingly surging to the Champions League semi finals off the back of a league and cup double two seasons ago. He also came off the bench against United in the Europa League final of 2017 but was unable to prevent his future employers winning 2-0. He hit double figures in both goals and assists, with ten and eleven respectively, before the Eredivisie was curtailed, in the season just gone.

Van de Beek played 175 times for Ajax, scoring 41 goals and catching the eye with his vision, work rate and link play. He has played for the national team at every age group and has been capped ten times for Oranje at senior level.
Educated in the nuances of the Dutch club's vaunted philosophy, van de Beek helped to reawaken the sleeping giants - dormant for two decades - as they fired back into life, with van de Beek playing a starring role in their revival with an eclectic mix of youth and experience

An archetypal box to box central midfielder, van de Beek (or VdB for short), can play as a six, an eight or a ten. He can sit deep or dictate play, and does everything a midfielder is supposed to do and does it very well. He's unlikely to play as an out and out attacking midfielder, given the presence of Bruno but can slot in alongside Pogba, dovetailing with the Portuguese magnifico and our enigmatic World Cup winner. United normally play 4-3-3 so he seems a perfect fit to slot in alongside those two, or we could play a diamond with two up top and bring in Nemanja Matic if you wanted a more defensive approach. His movement, pressing, pace and vision, coupled with an ability to find space, drifting between the lines to link defence with attack, is not something you can easily coach. From a lightweight and ponderous midfield to one of the most eye catching, impressive engine rooms in Europe, Ole Gunnar Solskjaer's rebuild looks to be in the finest of fettles.

It became increasingly evident that Solskjaer did not trust his back up players, as proved by not making a change against Sevilla until the 87th minute. Van de Beek gives us options we didn't previous have, he can allow us to give Bruno Fernandes a breather if needed, the tactical flexibility as already mentioned, and also gives us quality off the bench if he doesn't play every game. We clearly needed better strength in depth. 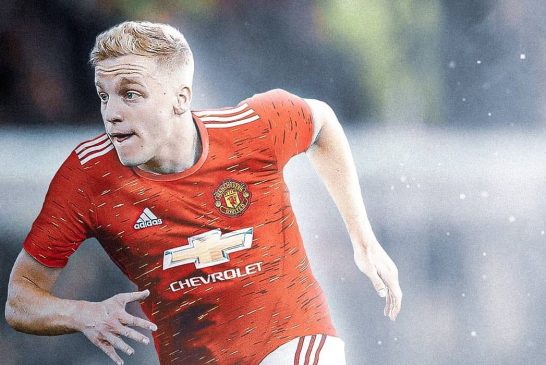 van de Beek said: "I cannot begin to explain how incredible an opportunity this is, to join a club with such amazing history and tradition.
"I'm ready to take the next step in my career and perform at the highest level and standard. There is nowhere higher than Manchester United.
"This team has some of the best midfielders in the world, I know that I can learn from them but I also hope to bring my own strengths to the group.
"I have spoken to the manager about his vision for the team, the direction the club is going in is hugely exciting and I cannot wait to be a part of it."

Currently on international duty with the Netherlands, van de Beek is set to make his United debut in our Premier League opener against Crystal Palace in a fortnight.