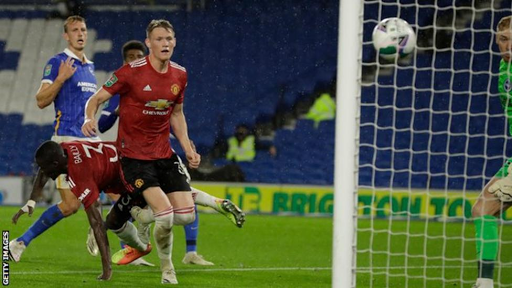 A Juan Mata inspired Manchester United side saw off the Seagulls for the second time in four days to advance to the Carabao Cup quarter finals.

After Saturday's harum scarum, at the death victory, the rotated Reds made much easier work of an understrength Brighton to set up a fourth last eight tie in five seasons. Mata may lack pace but his vision, link play and wonderful passing can still unpick a defence and the veteran Spaniard was at his brilliant best, setting up Scott McTominay for the first and scoring the second himself.

Paul Pogba's deflected free-kick added the third for United late on to send us into the draw along with the likes of Spurs, Everton, Manchester City and Liverpool or Arsenal.

Ole Gunnar Solskjaer shuffled his pack and made ten changes to the team that won on the same ground four days prior with Odion Ighalo, Dan James, Mata, Eric Bailly, Donny van de Beek and Fred amongst those to get a run out.

The Reds started brightly and went close inside 15 minutes when Mata linked up with Brandon Williams down the left. The Academy graduate picked out our captain for the night in the box and he in turn moved the ball on to Ighalo. The Nigerian pulled the ball down and skipped around the onrushing Jason Steele, only to steer wide from a tight angle.

Alireza Jahanbakhsh flashed a shot wide from distance for Brighton before Fred - never shy to have a go from range - did likewise at the other end.
Alexis Mac Allister and Jahanbakhsh both went close in quick succession, only for Dean Henderson to be left untroubled.

With the interval looming, United were ahead. Dan Burn scythed down Mata whom swung in the resultant set piece straight on the head of McTominay to nod beyond Steele and in.

Steele saved well from Fred before the Seagulls threw on Leandro Trossard, the man who rattled the woodwork on three occasions at the weekend. The lively if erratic Frenchman was straight into the action here.
Jayson Molumby found Pascal Gross and his cross picked out Trossard, only for Henderson to leap to United's rescue with a stunning one handed save. 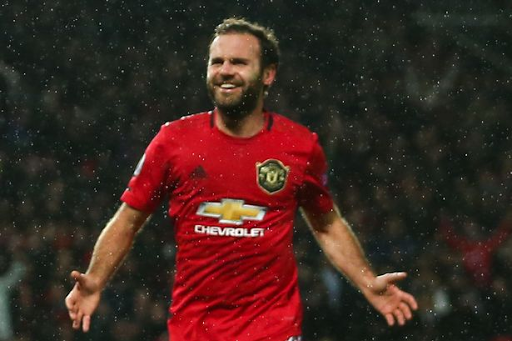 That proved to be the last of Brighton's resistance when a lovely move put the result beyond any lingering doubt.
Fred started the move, finding van de Beek who wonderfully back-heeled into the path of Mata, to fire the ball through the legs of Lewis Dunk, beyond Steele and into the corner - his 50th goal for United.

Marcus Rashford and Pogba came off the bench and the latter completed the job with aplomb with a deflected free-kick ten minutes from time.