Axel Tuanzebe comes of age against the world's best

Ole Gunnar Solskjaer, not for the first time this season, had a problem. You see, he would go to Paris without his two best defenders. 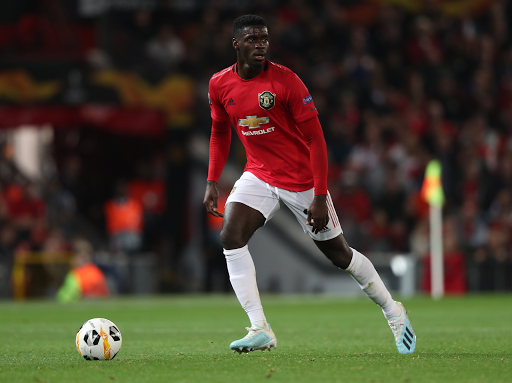 With both Harry Maguire and Eric Bailly injured for the daunting assignment at the Parc des Prince, it left the United boss with only one regular out and out defender, Victor Lindelof. For a daunting assignment against the world's best - a much vaunted attacking trio in Angel Di Maria, Kylian Mbappe and Neymar, Solskjaer would have to try something different. The back three or five (depending on how you look at it) was the way to go, but it became clear he'd have to use Timothy Fosu - Mensah, Axel Tuanzebe or throw in a curveball and shoehorn either Nemanja Matic or Scott McTominay into the defence. Fosu - Mensah is shaky, Tuanzebe hadn't played for ten months and Matic or McTominay at the back against this side? I shudder at the thought.

Solskjaer turned to the talented Tuanzebe, a young 22-year-old Mancunian whom last appeared in a Carabao Cup tie against fourth tier Colchester last December. Tuanzebe was drip fed first team action under Jose Mourinho, with the defender touted as one for the future. From the moment he made his full Reds debut against the Gunners, there was notice of his potential. Despite several loans, he returned to Old Trafford and impressed in the early part of 2019-20, playing against the Gunners as a right-back, captaining the side against Rochdale and being United's only positive in a dismal loss at Newcastle.

Even so, the decision to go with Tuanzebe against the Parisians was a huge gamble. It was an incredibly brave move. Stationed on the right of a back three alongside Lindelof and Luke Shaw, it was not only an unfamiliar position for the lad but a daunting test of his credentials against Mbappe and Neymar - two of the most stellar talents in the game. From facing Luke Norris and Frank Nouble to the firepit of the Parc des Prince against the best Europe has to offer - even if it was behind closed doors.
Yet Solskjaer's decision to play him reaped dividends. Scott McTominay shone like a beacon when these two sides last met in that iconic, famous, never to be forgotten victory. The young Scot made his name and earned his reputation with a performance for the ages back in 2019. This time, Tuanzebe shone in a galaxy of stars. It was like he'd never been away. So much so, that he was probably man of the match. It was a night when Tuanzebe seized his moment and a night when he spectacularly came of age on the biggest stage of all. There were so many brilliant individual performances but Tuanzebe in particular stood out.

Tasked merely with keeping Mbappe and Neymar quiet, he did more than that and then some. He bullied them, never giving his illustrious opponents the time or the space to wreak havoc. Such showings can make your career. Despite his long spell on the sidelines, Tuanzebe won every tackle, made every header, tracked every run and seemed to be in the right place at every moment. There was one moment when Mbappe stormed in behind the defence, the PSG speedster bursting into the channel dangerously, but Tuanzebe darted back in and stopped Mbappe in his tracks with a stunning lunging, inch perfect challenge. It got me off my feet in amazement it was that good. What a tackle!

It was a colossal, magnificent and monstrous performance from a young player who looked like a season veteran. Many lesser players have subsided in fear at the very thought of games like this one. If he does goes on to become a United regular or even a legend, the night of Tuesday October 20 2020 will prove a seminal moment in the career of Axel Tuanzebe. 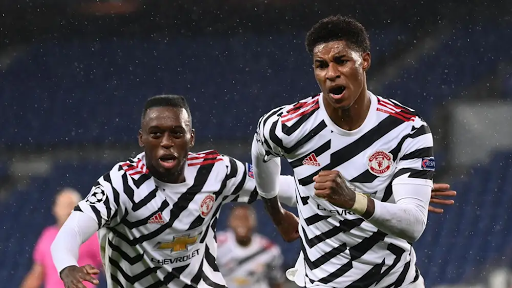 Tuanzebe has always been highly rated by United, and you can see why on this performance. For all the talk of United's need for a centre-half, perhaps they should look closer to home. Perhaps the answer is staring us in the face. Maybe this lad is the answer, the natural partner for Maguire. As with Eric Bailly, though, he has a penchant for injury and has to stay fit now. If he can do that, then there's no reason why he can't become first choice at the back. The confidence he'll get from this will be huge. Tuanzebe will feel ten feet tall after that. His stats against PSG were as follows: 100% aerial duels won, 92% pass accuracy, seven clearances and three blocks. In other words, it was a masterclass.

Not only was it an almost perfect defensive display, but Tuanzebe showed he's no slouch going forward either. He's got a wide array of passes in his locker, and pace - United's Achilles heel at the back - in abundance.

Would Maguire have been able to shackle Mbappe and Neymar so successfully? It makes you wonder. With the United skipper a doubt for Saturday, man like Axel, your time is now.

Posted by United Faithful at 06:45