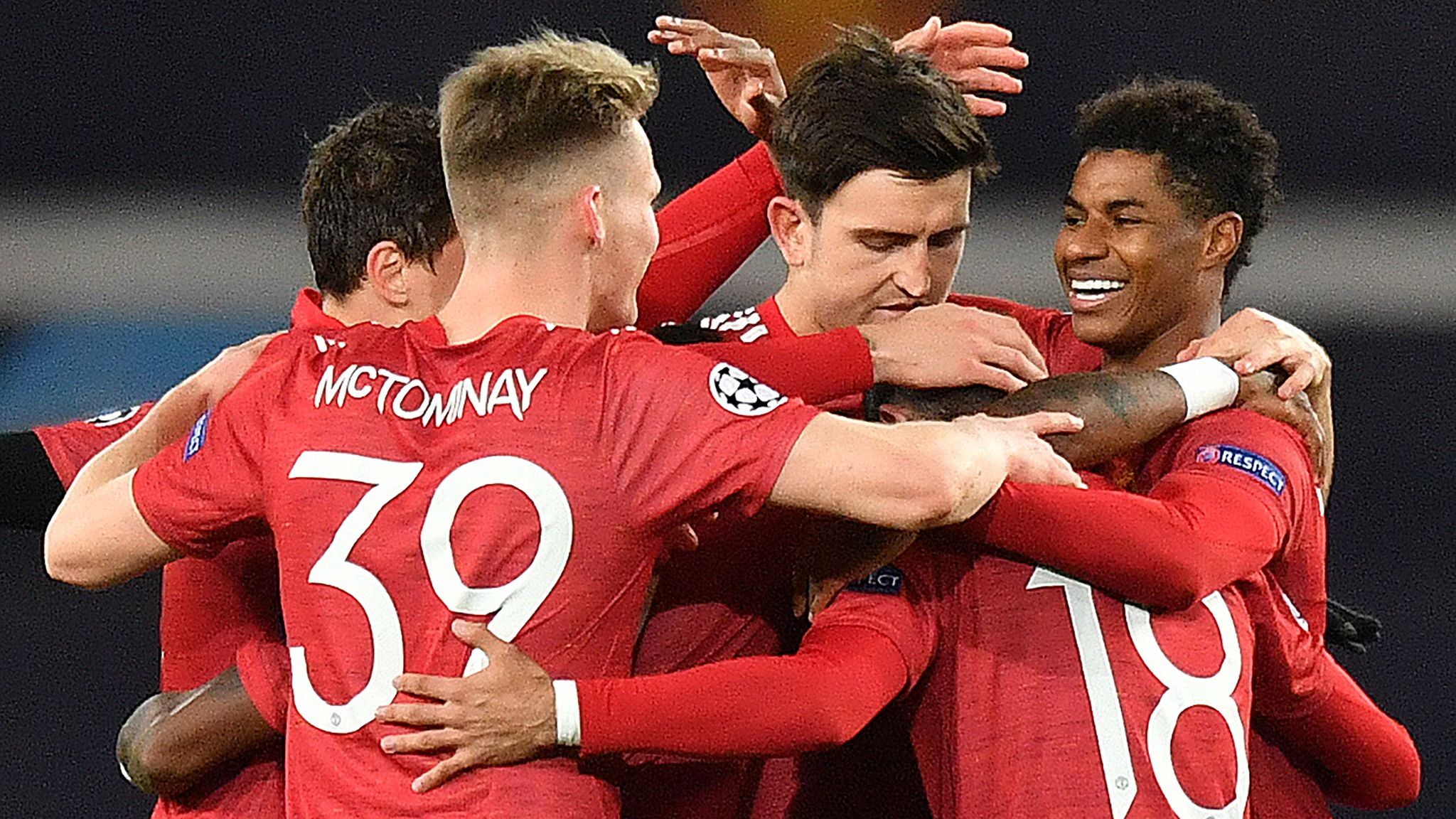 When Marcus Rashford completed his first senior hat-trick in the Champions League on Wednesday, it capped a remarkable story.

Not just for the player - in the midst of his heart-warming, heroic battle to end child food poverty - but for Manchester United. Rashford became only the second Red to score a hat-trick as a substitute (after a certain Ole Gunnar Solskjaer) and scorer of our first European treble since Robin van Persie in 2014.
It capped a brilliant night for the player and his side, with Julian Nagelsmann's highly-rated Leipzig side put to the sword in a swashbuckling blitz by a man that can simply do no wrong.

When United were handed the toughest of all eight Champions League groups, few would have given us a chance of getting past last season's runners up and last term's semi finalists in a section dubbed the "Group of Death."
Yet, two games in, and the Reds have made the perfect start to their European campaign. A stunning, against-the-odds upset in Paris - secured of course by that man Rashford - served notice to the rest of Europe that United aren't simply here to make up the numbers. Leipzig - who fell at the penultimate hurdle at the hands of the Parisian giants - simply had no answer to United's pace, precision and lethal finishing and wilted in the face of a vintage attacking onslaught. Two games, two wins, six points. You can't argue with the stunning start we've made to a very difficult section. Far from being third favourites to progress, United will qualify for the last 16 with victory in the back-to-back ties against pot four side Istanbul Basaksehir on Matchdays Three and Four. We have the chance to clinch progress to the knockouts with two games to spare. Who would have predicted that?

Ole Gunnar Solskjaer's side had beaten Paris Saint Germain on a famously historic night in 2019, but there was luck involved then. As wonderful as it was, few could say we actually deserved the result. Fortune does indeed favour the brave but it was a smash and grab.

This time, though, United fully deserved their victory. It was a tactical blueprint for the ages, stifling PSG, forcing much of their play down blind alleys and forcing their globe straddling talents of Kylian Mbappe and Neymar to the fringes.
It was another hugely significant win to add to Solskjaer's list of big game scalps as he outclassed Thomas Tuchel with a system that seems perfect for the rigours of European competition.

Leipzig would provide a very different challenge. An upwardly mobile, energetic and progressive side led by the most sought-after young manager in the game, the suave and fashionable Nagelsmann the epitome of his football club's vision.
They may be bereft of last season's talismanic figurehead, the now-Chelsea man Timo Werner (34 goals in 2019-20) but this was still largely the same side that, as already mentioned, made it to the semis and finished third in the Bundesliga. Perhaps not as star studded as PSG individually, Leipzig's strengths lay in the collective, a high press as a team with a mix of the combative and the creative, marshalled expertly at the back by the highly-rated and much-linked Dayot Upamecano. 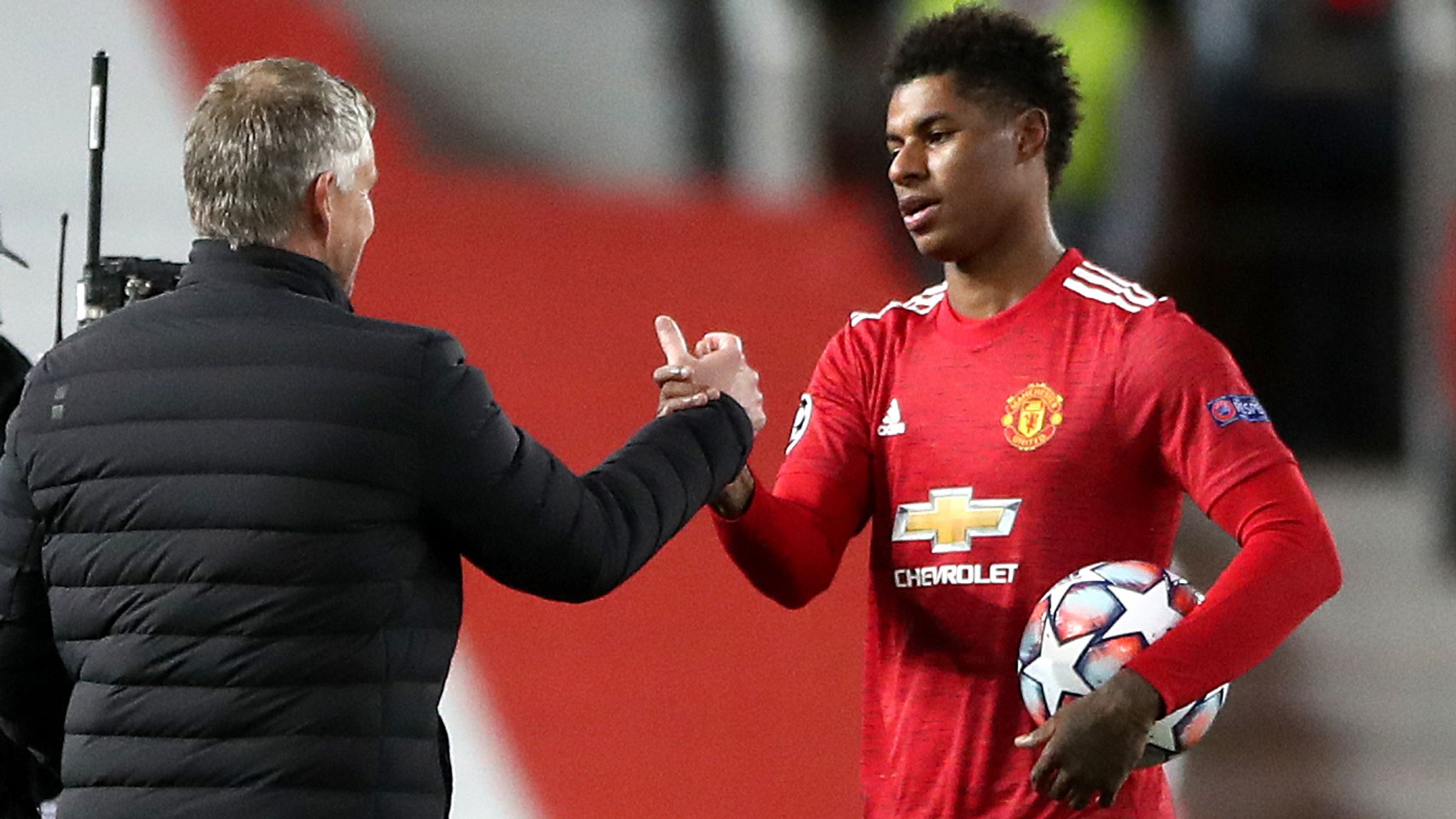 Nagelsmann - the 33-year-old Leipzig manager touted for greater things - may have donned the flashy, stylish suit, but it was Solskjaer, once again, whom sparkled. Against the dapper Nagelsmann, one of the most flexible and astute young managers in the game, Solskjaer got it spot on and deserves immense credit for a brilliant victory against the Bundesliga leaders.

Deploying a diamond despite the lack of attacking intent from the full-backs, Fred and Nemanja Matic gave the defence the necessary protection whilst allowing Paul Pogba and Donny van de Beek to pull the strings further forward. The system also allows for Pogba to dovetail with Bruno Fernandes - a sub on this occasion - without compromising the remarkable, seminal impact this incredible, special talent has on the United side. Fernandes split the defence with a stunning pass for Rashford's match-winning goal and almost set up Anthony Martial with a wonderful lofted delivery from a set piece. United were well balanced, fluid, and played with a pace, a purpose and very appropriate high energy. If Leipzig were Red Bull, then United were the Duracell bunny. It seemed to be the game plan - to ensure we kept Leipzig at arm's length before Solskjaer unleashed his heavy artillery late on.

It has been a first class response to that woeful 6-1 drubbing at the hands of Tottenham at the start of the month. Never has an international break been so beneficial to United. Solskjaer could hardly have hoped for better since then. He's changing formation and personnel regularly, showing both adaptability and depth. Not bad for a PE teacher.

The potential of this side is there for all to see - the diamond might not be forever, it might not necessarily be Solskjaer's best friend and we might not always sparkle like we did in the second half against Leipzig.

But, as United prepare for the weakest side in the group (no disrespect to Istanbul), we're superbly placed to clinch qualification and maybe, just maybe, surprise a few in the Champions League.

Posted by United Faithful at 04:29