Deadline day came and went in an unusually busy manner for Manchester United. Four players came through the Old Trafford entrance door but not one of them was named Jadon Sancho. 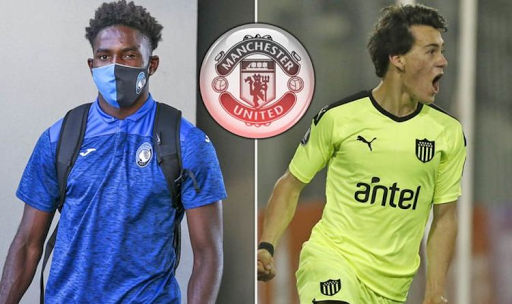 United had spent all summer pursuing and flirting with the object of their affections, with Dortmund setting their stall out very early in the summer. We knew the price, we knew what was needed to get him and we even had a timeframe to work to. Sancho wanted to come, Ole Gunnar Solskjaer wanted him and Dortmund would have sold. All we had to do was pay the money. No instalments, no add on, just give them the money and he would have been ours. Sancho was United's number one target, a phenomenal young talent just waiting to become the talismanic figurehead of the Reds bright new era. He's slipped through our fingers and you can bet there will be a whole host of suitors queuing up to sign him next summer. United came last in a one horse race and may have missed their chance.

Whether you feel Sancho, a generational talent and the elite winger United desperately needed, was worth the money, not signing him is a dereliction of duty. It's an embarrassment. A negligence of the highest order. We had three months to sign, seal and deliver the deal. We failed. Even our attempts at some semblance of an alternative was weak, ham fisted and half hearted. We may have dodged a bullet by not signing injury prone Ousmane Dembele, but even that - as United lurched from a loan deal to a permanent one, even being willing to pay without a medical, to nothing at all, just summed up the incompetence of this toxic hierarchy.

Even the winger we did get, Facundo Pellistri, left you feeling underwhelmed. Recommended by former United cult hero Diego Forlan, the 18-year-old arrives from Penarol in his native Uruguay as one for the future. So too does Atalanta's Amad Diallo. Promising, yes, but is this really where we are now? Solskjaer needs ready made players for the here and now, otherwise he won't be here to witness the success - or otherwise - of Traore and Pellistri. The latter signed on a four year deal for 9m, with the latter not arriving at Old Trafford until January.

Alex Telles came in from Porto in what amounted to effectively a free transfer. Telles, a 27-year-old Brazilian with one cap, joins United on a four year deal but there's no fee because United recouped the £15m for Telles on Chris Smalling's move to Roma. The United centre-back had spent last season on loan in Serie A, and made his switch to the Eternal City permanent. Telles is an attack minded full-back with set piece prowess and will provide competition for Luke Shaw. Given the fact that Shaw always has a stint on the sidelines, Telles will get his chance. 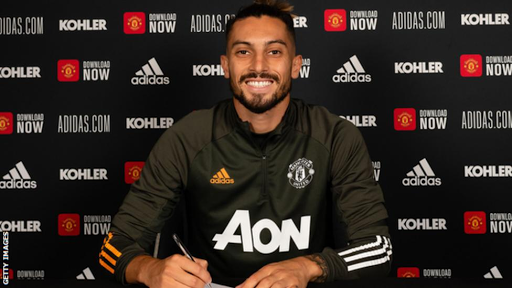 But if ever a transfer summed up the sheer ineptitude of this board, it is that of Edinson Cavani. Not content with not getting Sancho, the no.7 shirt that had been kept warm for him was instead handed to an ageing, injury prone veteran past his peak. Cavani could turn out to be another Zlatan-type masterstroke, but there's every chance he could be the next Alexis Sanchez or Radamel Falcao. Do this board not learn anything? How is this progressive, how is this a "cultural reset." We could have got him in April, instead we waited until the eleventh hour of deadline day to announce a signing that smacks of desperation. Cavani's been a free agent since March and the fact United had no competition for his signature should tell you everything you need to know. There's no denying the fact that Cavani has an impressive goal scoring record and heads PSG's goal charts with a double century. Five years ago, he'd have been great, but we're looking at a player whose star is on the wane. He signs for United on a one year deal with the option to extend for a further year.

Odion Ighalo leaves United in January so the Reds felt they needed another striker, with Cavani expected to go straight into the side in the three-game absence of the suspended Anthony Martial.

None of these signings excite me and none of them, apart from possibly Telles, will improve us. Not only that, but its 2020 and still Phil Jones and Marcos Rojo are Manchester United players. We failed to shift Sergio Romero - surplus to requirements now with Dean Henderson firmly installed as our no.2 keeper.

Just think, if we'd even managed to even 30m for those three, we could have paid the extra money for Sancho. What a shambolic embarrassment. Not only have Liverpool, Manchester City and Chelsea improved their squads and strengthened, even the likes of Villa, Everton, Spurs, Leeds and Newcastle have shown more ambition.

United may have signed five players this summer, but they still had the worst transfer window in living memory.