Sixteen days ago, Manchester United and Ole Gunnar Solskjaer were left battered, bruised and beaten at the hands of a tactically and technically superior Tottenham Hotspur.

Rampant Tottenham and their manager Jose Mourinho inflicted the Reds joint worst Premier League defeat and left Solskjaer - not for the first time - on the precipice. With Mauricio Pochettino reportedly primed and ready, Solskjaer's days looked numbered.
The defeat left United in sixteenth place and the prospect of catastrophe loomed over Old Trafford. A devilishly difficult Champions League group only added to the sense of foreboding.
It's nice just to be playing in Europe's elite club competition and to even participate in it is a bonus, but once again Manchester United redefined logic as they returned to the scene of Solskjaer's greatest managerial triumph and proved that lightning, does indeed, strike twice. 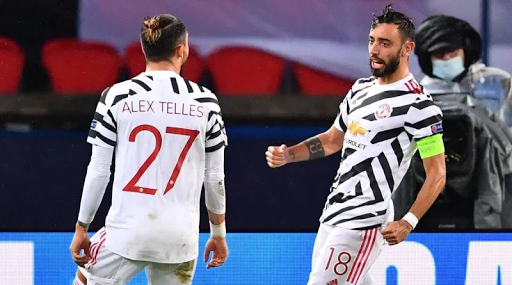 Quite how you can go from losing 6-1 to Tottenham to turning over arguably the best team in the world on their own patch - and deservedly so - is beyond me. Yet United have a habit of upsetting the odds and Solskjaer a happy knack of pulling out a result just when he needs one.  It reminded me of the time United went to City and won 3-2 to ruin their title coronation before losing to relegated West Brom the next week. Jekyll and Hyde United at their unpredictable best. Still, at least it makes things more exciting for us fans.

United's 2019 win in the city of love was highly fortunate - a smash and grab aided and abetted by two goalkeeping howlers from Gianluigi Buffon - but for deja vu in 2020, it was anything but. There was no luck involved this time - this was a fully deserved victory. The improbable victory at PSG last time was great, but the Reds never kicked on after. We lived off that for too long. This was a much better performance and we must go on to beat Chelsea, Leipzig, Arsenal and Everton.

An understrength team in an unfamiliar system rose to the big occasion once again. Last season's Champions League finalists were pressed and harried into submission as United upset the applecart with a vintage performance for the ages.

A side playing at two or three levels above the Reds standard and quality were made to look inferior as United controlled and dominated the game, never allowing their more illustrious opponents time to get into their formidable passing patterns and devastating rhythm. Few gave United a chance, yet we came away with an incredible, incredible result and one of the best wins in our history.

Without injured captain Harry Maguire, Axel Tuanzebe was plucked from obscurity and picked on the right of a back three, faced with the most daunting challenge in world football - keeping tabs on PSG's world class duo of Kylian Mbappe and Neymar. Tuanzebe's last appearance for United came against Colchester in December last year, a world away from the Parc des Princes and the most vaunted attack in world football. It was a surprise selection but one that reaped dividends. His defensive masterclass epitomised the team's collective brilliance.
But it was as if Tuanzebe had never been away as he dominated the explosive young Frenchman and forced him to the fringes with a series of crunching tackles. Tuanzebe was commanding, dominant in the air and never gave his illustrious opponent a moment's peace. He was absolutely magnificent, shut down Mbappe completely and never looked overawed by his challenge. A fully fit Axel Tuanzebe has to play every week.

There were so many outstanding individual performances. Alex Telles caught the eye with an impressive debut display at left-back, Aaron Wan - Bissaka bullied and stymied Neymar and had a stormer defensively. In midfield, Scott McTominay - on a stage where he came of age last time - shone - and Fred was an absolute colossus. The midfield battle is often so crucial but United were superior there too. We squeezed and sucked the life out of PSG -  United posed all the questions and Thomas Tuchel's side had no answer. Immense.

Solskjaer, for all his critics, got his tactics absolutely spot on. You might not think he's the man to take this club forward but he's very good in these types of games and showed guts by introducing Paul Pogba and deploying a diamond in the last 20 minutes. He set up to contain and counter with a back three and two defensive midfielders, but showed adaptability by going for the jugular when he sensed PSG blood, forcing them on to the back foot, putting an extra man in midfield, playing more narrow and cutting off the channels. 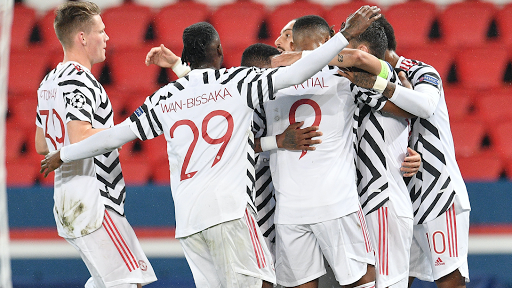 The easy thing to do would have been to settle for a draw - in itself a creditable result. But Solskjaer instead switched to a back four, left two strikers in Rashford and Anthony Martial high up the pitch,  fought fire with fire and got his rewards. He took us to one of the best sides in the world and outplayed them. It was an absolute masterpiece - yet apparently this man is a PE teacher and has no tactics.

When United were pegged back, they didn't buckle or give in. We stood strong, went up a gear and showed character, resilience and a maturity beyond their years. They say lightning doesn't strike twice, but try telling that to a football club that just cannot help turning history on its head.

Can we play you every week!

Posted by United Faithful at 03:30