Remarkably given what was to come, things had started superbly for the Reds when Bruno Fernandes put us ahead after only 90 seconds, his second of the season, after Martial had been scythed down by Davinson Sanchez. 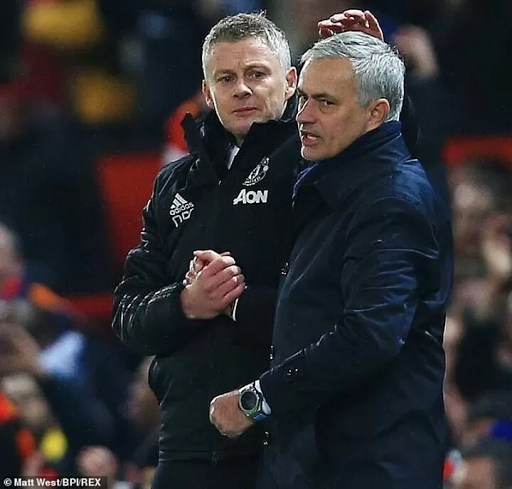 Yet two from Son Heung - min, another brace from Harry Kane, Tanguy Ndombele and a screamer from Serge Aurier condemned Ole Gunnar Solskjaer's side to one of our worst defeats in recent history. This was a loss on a par with the 2011 humbling by Manchester City, when the Reds also had a man sent off and collapsed late on, going on to cede the title to our neighbours.

The result leaves United in sixteenth place, with only newly promoted sides West Brom and Fulham with a worse goal difference - albeit only after three games of this fledgling season.

Ole Gunnar Solskjaer made ten changes to his line-up from the cup win over Brighton in mid-week, with only Eric Bailly keeping his place in the side. The Ivorian replaced the much-malinged Victor Lindelof, with Donny van de Beek again on the bench but Marcus Rashford and Martial earning recalls.

United were completely outplayed, run ragged and ripped to pieces even before the red card, which came after Martial dragged his hand across Erik Lamela's face, with the Argentine going down like he'd been shot.

Whilst there can be few complaints about the decision - it's soft but its always going to be a red card nowadays - you have to question the call not to send off Lamela, who initiated the contact by appearing to strike his opponent, sparking Martial's retaliation.

By then, United were 1-2 down after Ndombele had capitalised on an abysmal mix-up between Harry Maguire - who twice failed to clear - and Luke Shaw, allowing the midfielder to stab in his first goal for more than a year.

Maguire conceded a free-kick 45 yards from goal having fouled compatriot Kane, but instead of trying to block the set-piece, he simply stood off and allowed his England colleague to slide the ball through to Son.

The Korean's pace saw him storm clear of Bailly and Shaw, leaving him one on one with the advancing De Gea. Son put the ball under the United keeper to give Spurs a come-from-behind lead in the blink of an eye.

Bailly lost possession to allow Son to tee up Kane and - with United unable to believe what they were seeing - Son added the fourth from an acute angle eight minutes before the break. 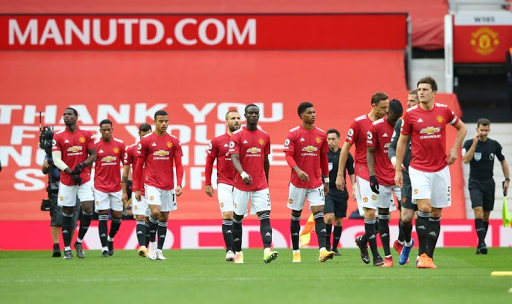 Solskjaer attempted to stem the tide by bringing on Fred and Scott McTominay at half-time, replacing the abject Nemanja Matic and not much better Bruno Fernandes, in a futile damage limitation exercise.

Still there was no let up as Spurs continued to add to the pain. Aurier slammed in the fifth on 51 minutes before De Gea saved well from Lucas Moura and Sanchez headed over the bar.

Kane went close, Sissoko fired wide and substitute Dele Alli could have had a sixth, before Kane made it six from the penalty spot after Shaw had fouled Ben Davies.

Mourinho finally showed mercy as Spurs wound the clock down without further damage, but United's former boss will rightly revel in the glow of a comprehensive thrashing against his Old Trafford successor.

Had there been fans in,  a defeat of this magnitude probably would not have happened but the Reds can have no complaints on a dreadful day.

Overall team performance: 0/10
United Faithful Man of the Match: No one