Solskjaer's United face "Group of Death" in the Champions League

Manchester United and Ole Gunnar Solskjaer face a daunting test of their European credentials after being handed the Champions League's "Group of Death".

The Reds regained qualification for a shot at the biggest prize in club football having finished third last season, and were rewarded with a place in the most difficult section of the 32-team phase. Old foes and new faces await United in Group H, with the team to play two of last year's last four.

We face beaten finalists Paris Saint Germain, semi finalists and rising force Red Bull Leipzig and probably the best of the lowest ranked sides in Istanbul Basaksehir - a first ever meeting with the Turkish club.

The competition is very much a bonus and a free hit for the Reds - no one's expecting us to do well, so we might as well have a bash at these games and see where it gets us. I wanted a difficult draw and one that would be a good test -  that's what you play in the Champions League for and if I wanted a group consisting of farmers from Russia, Denmark and France, I may as well still want my team to be in the Europa League.

Placed in Pot Two, United were pitted with Thomas Tuchel's Parisian giants, who, of course, need no introduction. One of the most star-studded sides on the planet, PSG almost ended their agonising search for that elusive Champions League crown last term, only to fall short in the face of a relentless Bayern Munich in the Lisbon showpiece. A club boasting the likes of Kylian Mbappe, Neymar, our old mate (!) Angel Di Maria, former Red Ander Herrera and Marco Verratti, they will again be amongst the contenders to go all the way and end the drought by finally lifting the prize they covet most of all.

The two sides have only ever met once before, the last time coming on that never-to-be-forgotten night in the French capital when Marcus Rashford's at-the-death penalty gloriously, improbably, and famously completed a miraculous, climb-off-the-canvas away goals victory with a scratch team. It was the night when Solskjaer passed his audition as caretaker boss and got the job on a permanent basis. Even for a club with an extraordinarily illustrious history, it was one of the greatest nights Manchester United had ever witnessed.

Based in the German state of Saxony, Red Bull Leipzig will be new opponents for United. The surprise package of last season's tournament, Julian Nagelsmann's side may have lost talisman Timo Werner to these shores but that doesn't make them any less dangerous.
Werner plundered 34 goals in 2019-20 to help Leipzig to the semi finals, as they finished third in the Bundesliga to continue a meteoric rise, knocking out Spurs and Atletico en route to the last four for the first time ever. Sought after centre-back Dayot Upamecano, a defender linked with United this summer, plies his trade for Leipzig, a team also featuring the talents of Marcel Halstenberg, Swedish international Emil Forsberg and prolific Danish frontman Yussuf Poulsen. 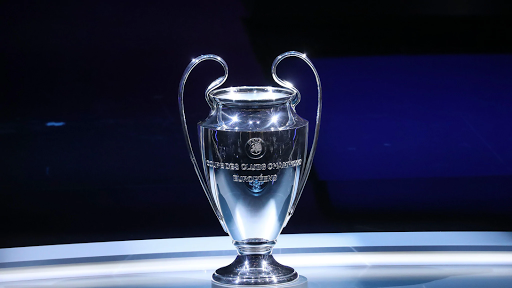 Normally, a trip to Istanbul would fill even the hardiest of souls with a sense of trepidation. Turkish fans are known for their passion, their colour and their occasional violence, but there will be none of that this time. The ongoing pandemic means the games will be played behind closed doors, taking away arguably Istanbul Basaksehir's biggest weapon. They will debut in the Champions League and provide, along with Leipzig, another team we've never played before. They won the Turkish SuperLig for the first time in their history in 2019-20 and feature players such as former Premier League stars Demba Ba, Nacer Chadli, Martin Skrtel and Rafael Da Silva, once of this parish and a fans favourite at Old Trafford.

Elsewhere, our divisional rivals were given perhaps 'easier' luck of the draw. Manchester City will play FC Porto, Olympiakos and Marseille in Group D, Chelsea will face Europa League winners Sevilla, the Ukranians of Krasnodar and French side Rennes in their group. Liverpool were paired with Ajax, Atalanta and Danish debutants FC Midtjylland (remember them).

United have some mouth watering fixtures to look forward to and I for one cannot wait. You gotta beat the best to be the best. Bring it on!