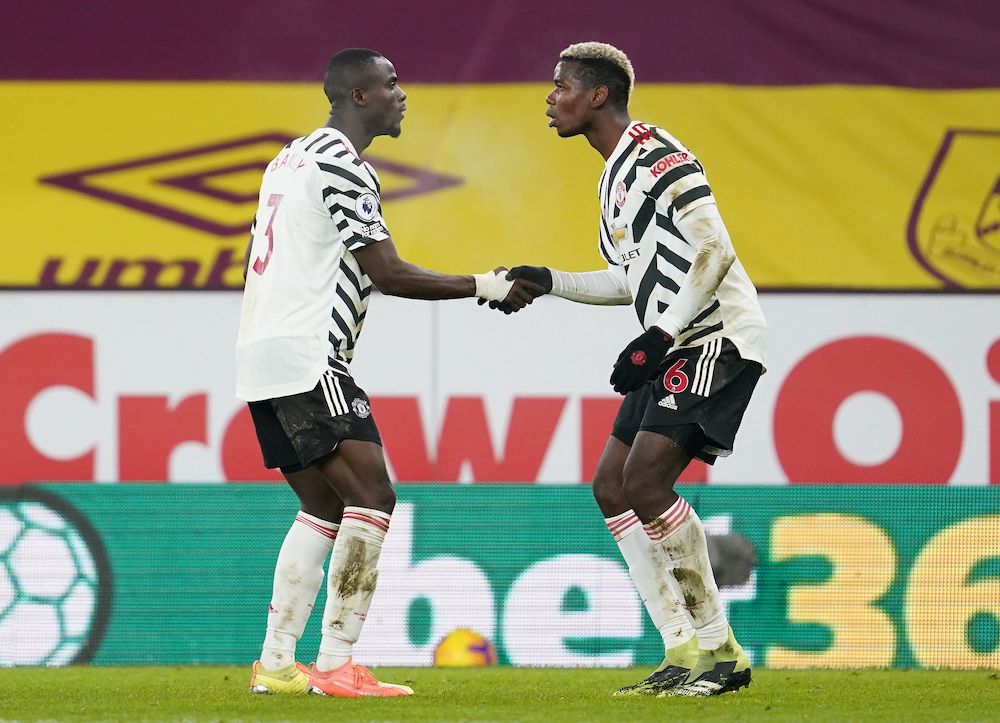 Paul Pogba's second half winner proved the difference at Turf Moor to send Ole Gunnar Solskjaer's United to the summit of the Premier League.
The Reds moved three points clear of champions Liverpool - whom we meet on Sunday in an almighty ding dong - with victory at our east Lancashire neighbours, secured with a stunning Pogba volley 20 minutes from time.

It was just reward for a dominant second half showing in which the Reds monopolised possession and laid siege to the Clarets goal. Burnley, resilient and dogged but blunt in attack, failed to register a shot on target until the final minute.
Harry Maguire and Eric Bailly dug in admirably despite late pressure from Sean Dyche's men to earn a second clean sheet in three games to see United, gloriously, sit astride the summit.
There were ten changes to Solskjaer's XI from the side that beat Watford in the FA Cup on Saturday, with only Ivorian Bailly retaining his place as United's big hitters returned to action for the traditionally difficult assignment at Burnley.

Dyche's men were never going to simply allow the Reds into their groove. Burnley - even without fans packed into the tight confines of Turf Moor - are famed for their aggressive, combative and inhospitable welcome for any opponent, no matter how illustrious. The opening exchanges followed this blueprint to the letter - long balls forward, scrapping for knock downs, fighting every battle, sometimes literally. This was the full kit and kaboodle.

Bruno Fernandes had a speculative effort blocked and Anthony Martial flashed a shot over the bar. But just when it seemed as though the Reds had found their rhythm, Bailly did well at the other end to deny a goal-bound Chris Wood drive.

Then came a ten minute spell that encapsulated the state of the modern game. Luke Shaw put in a strong challenge on Johan Berg Gudmundsson and sparked a counter-attack that culminated in Edinson Cavani being scythed down by ex-Red Robbie Brady.
Controversially, after both incidents were checked by VAR, play was brought back and a Burnley set-piece awarded. Shaw was booked, with no action taken against Brady as his foul on Cavani was deemed immaterial. The resultant free-kick drifted harmlessly out of play. 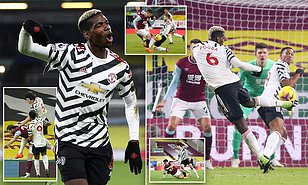 Both teams and the respective managers would have felt relief at not losing a player, albeit frustration at the stop-start nature of a tetchy contest. United's consternation only continued to grow on 36 minutes when Harry Maguire thumped home a header from a Shaw cross, only for referee Kevin Friend to disallow the goal for the slightest of nudges on a Burnley left-back Erik Pieters from the United captain.

The Reds ended the half strongly as Nick Pope, again in good form against the Reds, saved superbly to push away Martial's 25-yarder.

Cavani miskicked from close range and Fernandes twice went close from distance after the break as the Reds upped the ante after the interval. The Uruguayan worked an opening for himself with trademark elan, only to fire off target through a mass of bodies as the pressure grew.

Pope saved from Fernandes and Rashford had a shot deflected behind but, with the finishing line 20 minutes away, United's perseverance eventually paid off. Rashford had endured a frustrating evening but chipped a cute ball from the right into the path of the onrushing Pogba. The mercurial and much-maligned Frenchman met the ball with a crisp volley which took a deflection off the lunging Matt Lowton and flew under Pope - the nature of the breakthrough may have been fortunate, but there was no question United deserved to be ahead.

Burnley finally awoke from their self-induced slumber and changed their mindset as the Clarets poured forward in search of a leveller. United were forced to withstand a late rally as Josh Brownhill went close, David de Gea saved superbly from substitute Matej Vydra and James Tarkowski spurned a gilt-edged opening in the dying moments.

But, showing this side's steel and grit, United held out despite a late scare when replays showed Maguire may have handled in an aerial duel with Vydra, only for VAR to rule there was nothing doing.

United could, probably should, have made things more comfortable in added-on time when Cavani released Martial but the Frenchman could only fire straight at Pope when clean through.

That proved to be the final action of an attritional encounter, as United won at Turf Moor for the fifth time in succession to go top of the league.