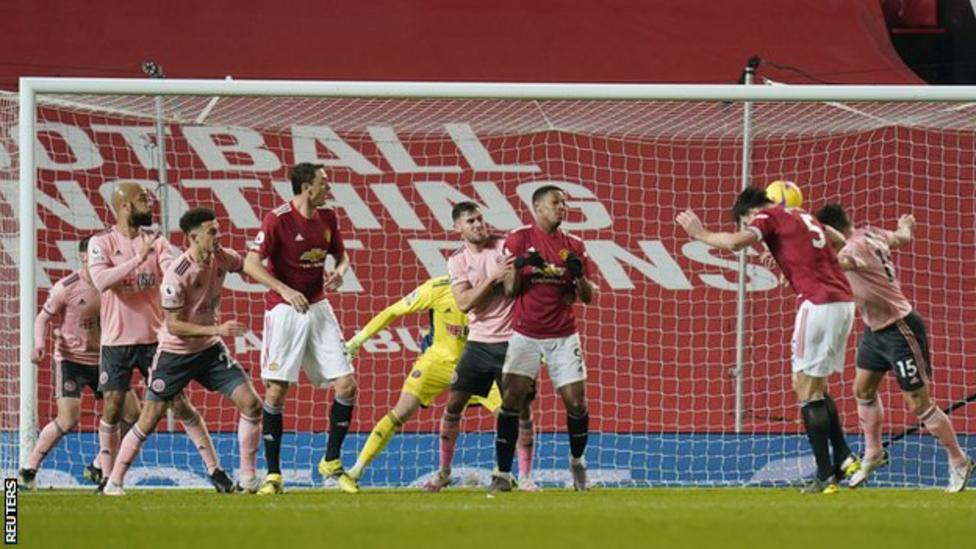 Manchester United's title challenge suffered a setback after a deflected Oliver Burke winner saw the rock-bottom Blades pull off the biggest shock of the season.
Fresh from beating Liverpool in the FA Cup, there seemed a sense of formality as Chris Wilder's struggling side - having picked up five points all season and depleted in numbers - arrived at Old Trafford.

Yet United fell behind in familiar fashion when Kean Bryan put the side from across the Pennines in front on 23 minutes. Harry Maguire's bullet header against his old club looked to set up the inevitable, but instead of a late United onslaught, Burke's winner, deflected off the recalled Axel Tuanzebe, knocked the stuffing out of the Reds.

With Saturday's trip to Arsenal on the horizon, Ole Gunnar Solskjaer shuffled his pack and recalled several of his fringe men with starts for Tuanzebe, Alex Telles, Nemanja Matic and Mason Greenwood in a side showing six changes from the Liverpool FA Cup contest.

Solskjaer's side started brightly and went close through Marcus Rashford and then Greenwood, who rounded Aaron Ramsdale but was crowded out before he was able to get his shot away.

The visitors had picked up three wins in four games and played with a belief and a confidence previously conspicuous in absentia.
United's set piece struggles reared its ugly head again in the 23rd minute when John Fleck found Bryan from a corner. The latter rose above Paul Pogba to beat the onrushing David de Gea to the ball and nod the ball in, despite replays showing the United keeper had been fouled by Billy Sharp.
Soon after, it looked a
s if United had equalised through the otherwise anonymous Anthony Martial when he flicked in from close range, only for referee Peter Bankes to adjudge that Maguire had fouled Sheffield stopper Ramsdale.

When set against the fact De Gea had suffered a seemingly worse infringement, it looked a tough call for United.
Greenwood pulled a shot wide after Bruno Fernandes had picked him out with the Blades happy to sit back and protect their slender, precious lead at all costs. The Yorkshire side remained a threat at the other end, though, and went close twice in quick succession through David McGoldrick. 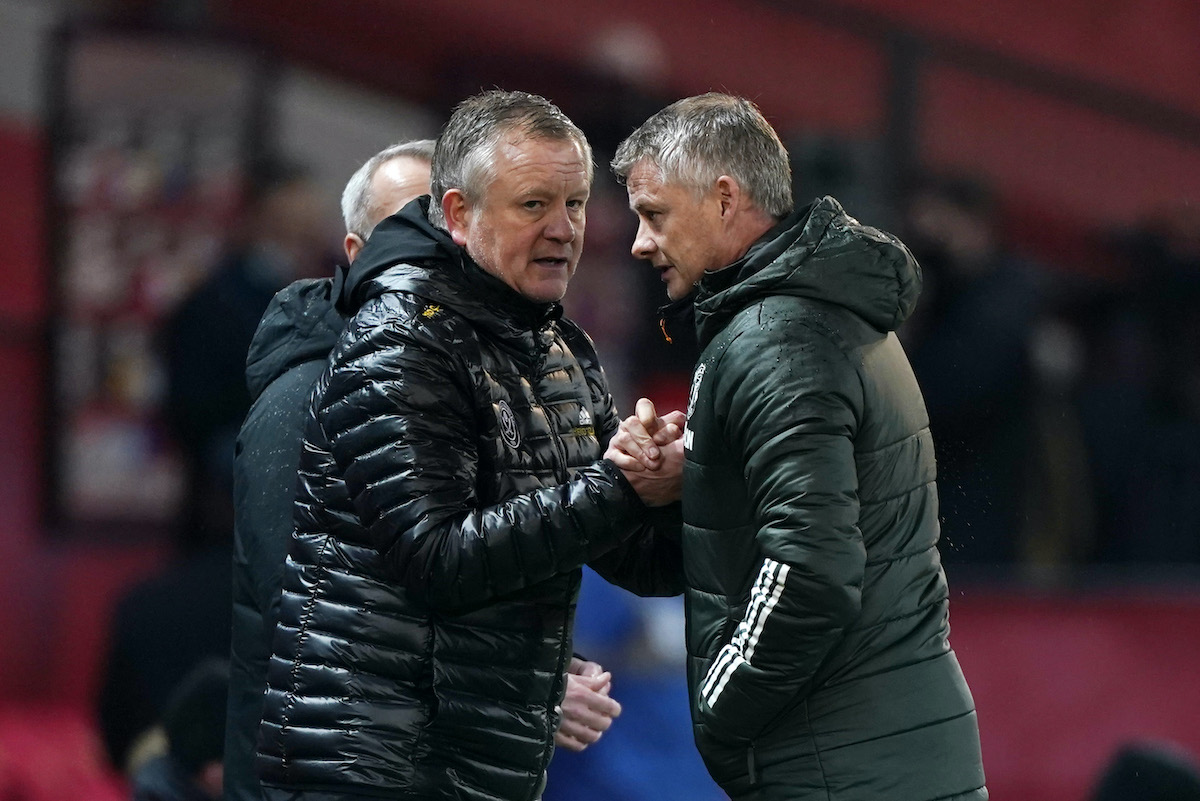 The striker was denied by De Gea when one-on-one and then fizzed a curler narrowly wide with the outside of his foot having been played through.
Rashford's knuckle ball from a set piece was saved by Ramsdale but the Reds enjoyed more joy from a similar free-kick only three minutes further on.
Shortly after the hour mark, Maguire popped up with a captain's goal against his old club to haul United level and pave the way for eventual victory - or so we thought.
Telles had endured a difficult night but set up the equaliser with an inswinger and Maguire barely had to leap as he met the ball with a thumping header beyond Ramsdale to finally restore parity.

The Reds were following the same script we had seen on countless occasions this season in going behind to obdurate opponents before climbing off the canvas to win.
Only this time, there was to be an unwelcome sting in this particular tale.

Edinson Cavani was summoned from the bench and replaced Greenwood as the Reds set about their task of another climb-off-the-canvas victory.
But the tie would be level for only ten minutes as Sheffield re-took the lead in a manner that has to be seen to be believed.
Martial lost the ball on halfway and failed to track back, allowing the Blades to spring forward as United failed to clear. Nemanja Matic and Tuanzebe stood off as Maguire and De Gea's ill-fated attempts to clear saw the ball drop for Burke and his shot deflected off Tuanzebe to wrong-foot De Gea and find its way in via the bar.

Despite our penchant for spectacular acts of late escapology, the Reds were unable to find a way through as the Blades packed the defence in an attempt to hold out. Ramsdale saved well from Telles and Pogba drilled wide from distance, but this time there was to be no late drama.

Let's put this one down to a bad night at the office.