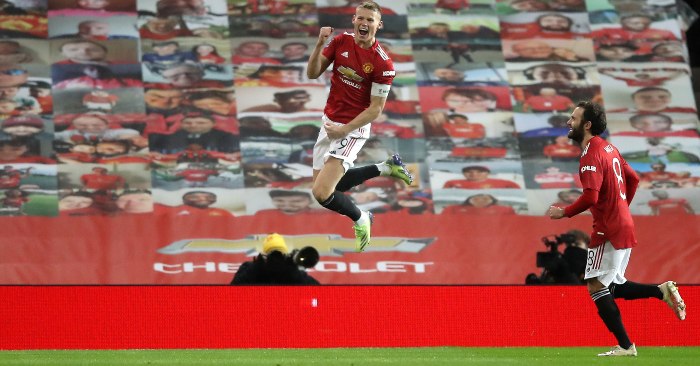 Stand-in skipper Scott McTominay headed the only goal of the game as Ole Gunnar Solskjaer's rotated Reds progressed into the FA Cup fourth round.

On a bitterly cold night at a now familiarly deserted Old Trafford, McTominay - captain for the first half - stooped to head in an Alex Telles corner in the fifth minute.
Solskjaer made nine changes from the defeat on Wednesday night to City as only Dean Henderson and McTominay. kept their places, with starts for several fringe players such as Juan Mata, Donny van de Beek, Jesse Lingard, Axel Tuanzebe, Dan James and Brandon Williams.

McTominay's goal might not have been as quick-fire as his opener against Leeds last month, but he proved again he's no slouch from the get go as he powered a header into the turf and beyond Daniel Bachmann in the first attack of the game.

But despite the early goal hinting at a rout, the Reds failed to capitalise on their dominance of possession, struggling to create many clear cut chances against the second tier promotion chasers. In truth, though, despite the slender look of the scoreline, this was more comfortable than it sounds.

Watford, flying high in the Championship under new manager Xisco Munoz, were far from overawed and United needed Tuanzebe to preserve their slende
r advantage. A Will Hughes free-kick caused problems and Adam Masina let fly, but Tuanzebe hacked the ball away to safety with Henderson stranded.

Eric Bailly should have done better but headed wide from another Telles set-piece, before Watford went close at the Stretford End through Sarr, who saw his well-hit effort blocked by a combination of McTominay and Bailly. The visitors had a penalty appeal correctly waved away by Andrew Madley, backed up by VAR, after shouts for a handball infringement.

Juan Mata had a shot saved by Bachmann after a flowing four-man move involving Mason Greenwood, Lingard and van de Beek.
The half then ended on a worrying note when Bailly was forced off with concussion having been clattered by Henderson after the United keeper came for the ball and caught the Ivorian. United took no chances with Bailly as he was helped down the tunnel for assessment and replaced by Harry Maguire. 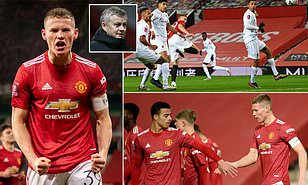 James and substitute Marcus Rashford both had chances to put the game beyond doubt, but Watford remained an intermittent threat at the other end. Joao Pedro headed straight at Henderson from close range, and substitute Ken Sema's free-kick drifted narrowly over the bar on 72 minutes.
An excellent Rashford run saw him fire into the side netting, and Maguire failed to call Bachmann to arms as he headed over from another Telles corner.

That proved to be the final action of a low-key encounter, but, whilst generally failing to impress, United booked their spot in the draw for both the fourth and fifth rounds (drawn simultaneously),  to take place on Monday evening, for the seventh year in a row.

Solskjaer's shop window XI would have done little to convince the United manager that they have a future, as Lingard showed flashes of form but Greenwood and van de Beek failed to press their claims for a regular starting place. Williams, named as right-back, didn't do enough to prove himself as back-up to Aaron Wan - Bissaka.

United, with our main men fully rested and raring to go, make the short trip to Turf Moor knowing that a point would send us top of the table ahead of the trip to Liverpool next week.