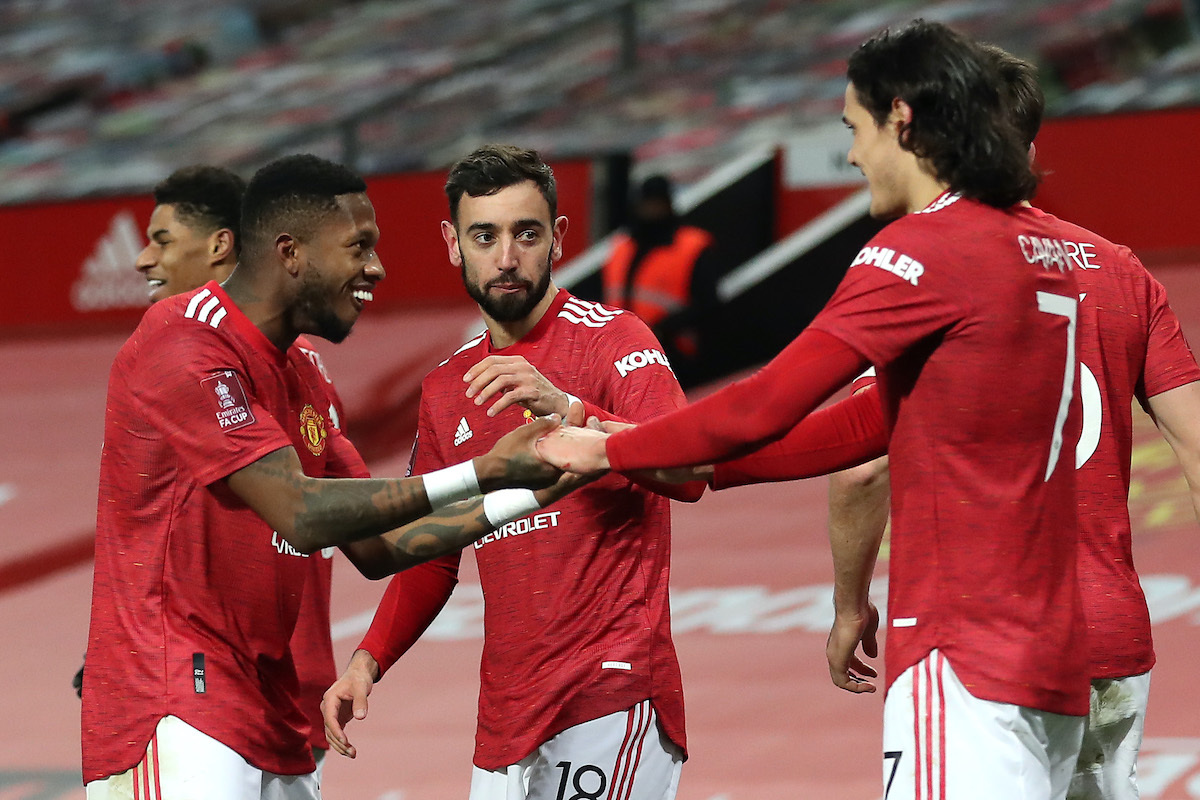 A stunning strike from substitute Bruno Fernandes set the seal on a famous win over old rivals Liverpool and sent the Reds into the fifth round of the FA Cup.
Fernandes stepped off the bench and made the decisive difference as he fizzed home a curler with a free-kick 12 minutes from time after Mo Salah had scored twice either side of goals from Mason Greenwood and Marcus Rashford.

But in a game that had everything last week's sterile stalemate in the league lacked, United deservedly edged a superbly see-sawing contest to set up a tie with in-form West Ham and former manager David Moyes in the last 16.

It was a thrilling, nervy, edge-of-your-seat rollercoaster between these two powerhouses of the English game, the country's two biggest and most glamorous clubs in the world's most famous cup competition with nineteen FA Cups between them.

Ole Gunnar Solskjaer made five changes from the midweek win over Fulham with a recall for cup keeper Dean Henderson and a rare start for Donny van de Beek. Liverpool drew first blood through Salah, the Egyptian breaking his own personal Old Trafford duck. The two Academy boys, Greenwood and Rashford, then combined to turn the tie on its head before a fine Fernandes free-kick after a second Salah goal.

Liverpool monopolised the ball early on, but the Reds fired a couple of early warnings through the pace of Greenwood as he was denied by Alisson and then drilled wide at the Stretford End after a quick counter attack.
It would be third time lucky for the teenager, but not before Liverpool took the lead on 18 minutes, ending their recent travails in front of goal. United were carved open as youngster Curtis Jones played a defence-splitting ball to leave Victor Lindelof and Luke Shaw flat-footed. With the United defence out of the game, Salah seized on the pass and advanced on goal to lift the ball over the advancing Henderson and put Jurgen Klopp's side ahead.

But this United side are made of stern stuff and restored parity only eight minutes later. Paul Pogba broke up a Liverpool attack and scooped the ball out to the magnificent Rashford. Continuing his mission of feeding kids, Rashford arrowed a sublime ball from his own half and into the path of Greenwood who pulled the ball down and slotted beyond Alisson.
Paul Pogba headed wide and Scott McTominay also went close, but United were turning the screw and ended the first half in dominant mood.
Alisson denied Shaw with a superb stop and Pogba was narrowly off target with a curler as the aforementioned war of attrition was instantly forgotten, in lieu of this markedly more exciting and end-to-end affair. 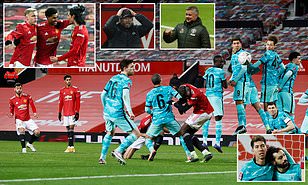 The interval failed to thwart United and it took us only three minutes in the second half to take the lead.
It was a brilliant, clinical and incisive move that saw Greenwood turn provider as he collected a throw-in from Shaw and clipped the ball down the line to Rashford. Centre-half Rhys Williams should have done better but the Liverpool defender missed the ball completely and freed Rashford to race through and fire beyond Alisson to put United 2-1 ahead.

But back came Liverpool, as our advantage lasted only a further ten minutes. James Milner hooked over from close range when he should have scored but it proved only a temporary let-off as the Anfield side kept up the pressure and made United pay for a poor attempt at playing out from the back. The loose ball fell to Salah and he gleefully gobbled up the opening to make it 2-2 two minutes shy of the hour mark.

With replays abolished for this season due to the hectic fixture schedule, the tie would need to be decided on the night with extra-time and penalties if required. Henderson tipped away from Trent Alexander - Arnold and was then called into action again as he stuck out a foot to stop Salah getting a hat-trick.
Liverpool were on top now and Solskjaer had seen enough, bringing on Fernandes in place of van de Beek to try and snatch back the initiative. Fred also came in to tighten the midfield and give United an element of control in the engine room.

Fernandes has proved United's talismanic match winner on countless occasions since his arrival at the club, a year ago almost to the day. Edinson Cavani was recklessly scythed down by Fabinho - fortunate to still be on the pitch after several cynical fouls - and Bruno took responsibility for the set-piece. It was almost like a penalty for the Portuguese as he majestically curled the kick over the wall and into the bottom corner beyond the reach of the stranded Alisson.
In a frantic, heart-stopping finish (is there ever any other kind), Cavani headed off a post from a Fernandes cross and Harry Maguire cleared superbly under pressure from Sadio Mane as United held out to book their place in round five. Get in!

Overall team performance: 8/10
United Faithful Man of the Match: Luke Shaw. The best player on the pitch by a distance.... again